The tropics are active. One area in the Atlantic has a high chance to become Elsa. 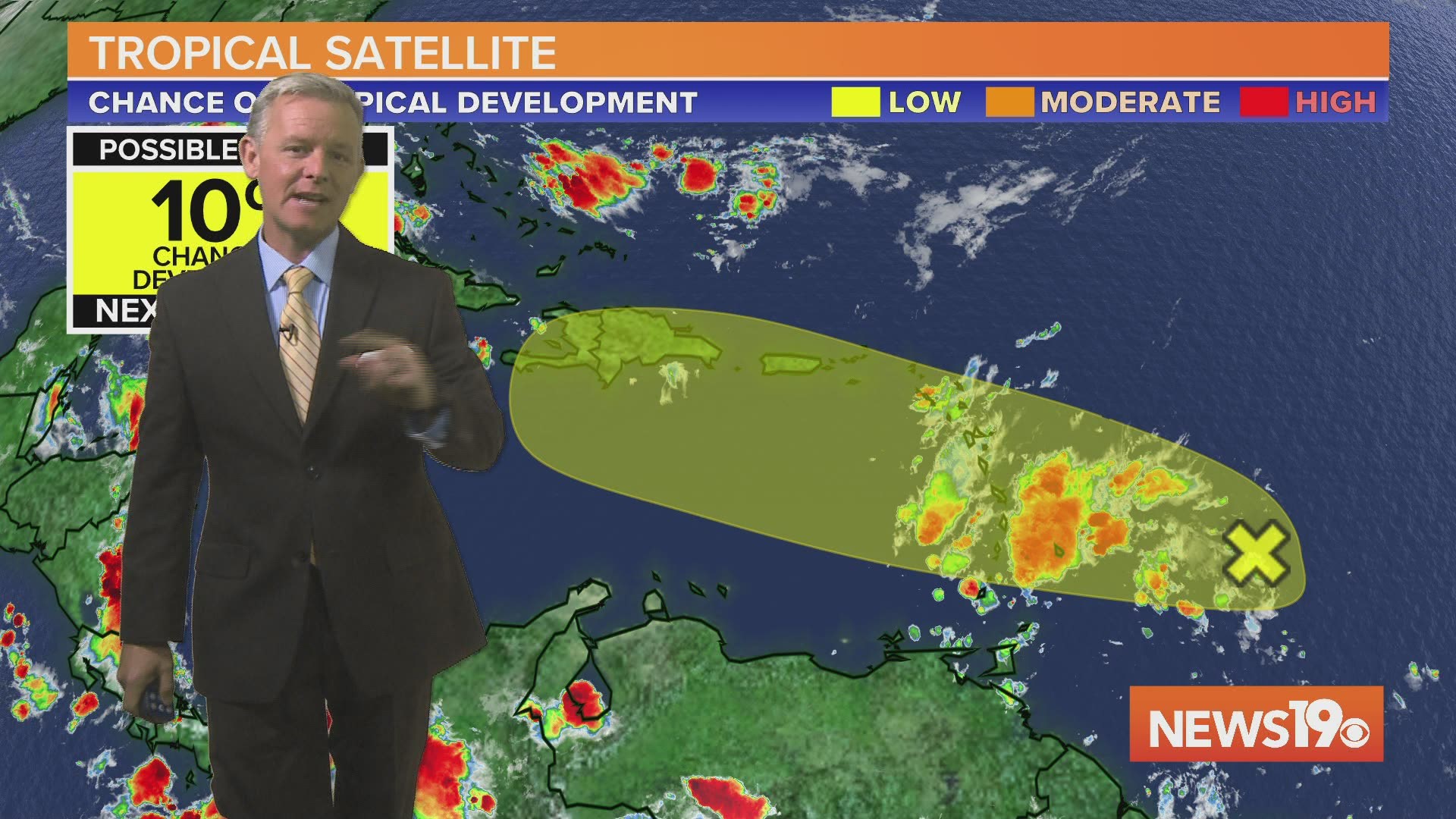 COLUMBIA, S.C. — A few afternoon showers and storms will be possible over the next couple of days. The chance for rain will increase by the end of the workweek as a front approaches the area. Temperatures will be a little cooler by Friday and into the weekend.

Today will be seasonably hot and humid. High temperatures will top out in the upper 80s and lower 90s, but heat index values may make it feel even hotter at times.

This afternoon will be very typical for late June in South Carolina. A few isolated showers or storms will be possible, but once we lose the daytime heating, any rain should diminish.

Tonight will be partly cloudy. Some fog will be possible early Thursday morning. Low temperatures will be in the lower 70s.

Thursday will be a lot like today. Highs will be in the upper 80s to lower 90s. Heat index values will top out in the middle to upper 90s.

A few showers and storms may develop during the heat of the day, but not a lot of rain is in the forecast until we get to the end of the workweek.

A cold front will push towards the area by Friday. Showers and storms are likely. Heavy rainfall is the biggest threat, but the severe weather potential appears to be low.

Scattered showers will continue through the first half of the weekend. Rain is expected early Saturday, but some drier air may move into the area during the afternoon hours.

We will mention a small chance for a pop-up shower or storm Sunday, but a lot of rain is not expected for the July 4th holiday.

High temperatures Friday through Sunday will be in the middle to upper 80s.

The National Hurricane Center is tracking two areas in the tropics.

Disorganized showers and thunderstorms continue with a tropical wave just east of the Lesser Antilles.

Significant development of this system is unlikely.  It will quickly move westward to west-northwestward at 20 to 25 mph, passing through the Lesser Antilles today and then across the eastern and central Caribbean Sea later this week.

The second area in the tropics may pose a greater threat.

An area of low pressure, associated with a tropical wave, is located about midway between the west coast of Africa and the Windward Islands.  This system is producing a large area of showers and thunderstorms that continues to show some signs of organization.

Environmental conditions appear generally favorable for development, and a tropical depression is likely to form during the next few days as the system moves west-northwestward at about 20 mph.

Some models show this system moving through the Caribbean and into the Gulf of Mexico. This will be a system we will have to watch.

Interests in the Windward and Leeward Islands should closely monitor this system as it will likely be moving through the region Friday.