'We want answers': Family wants to know why SC woman drowned in the back of police van

Horry County Sheriff Phillip Thompson said "it can be assumed" that deputies Joshua Bishop and Stephen Flood disregarded the barriers while transporting two women with mental-health issues from Conway to medical facilities in Darlington and Lancaster Tuesday night. 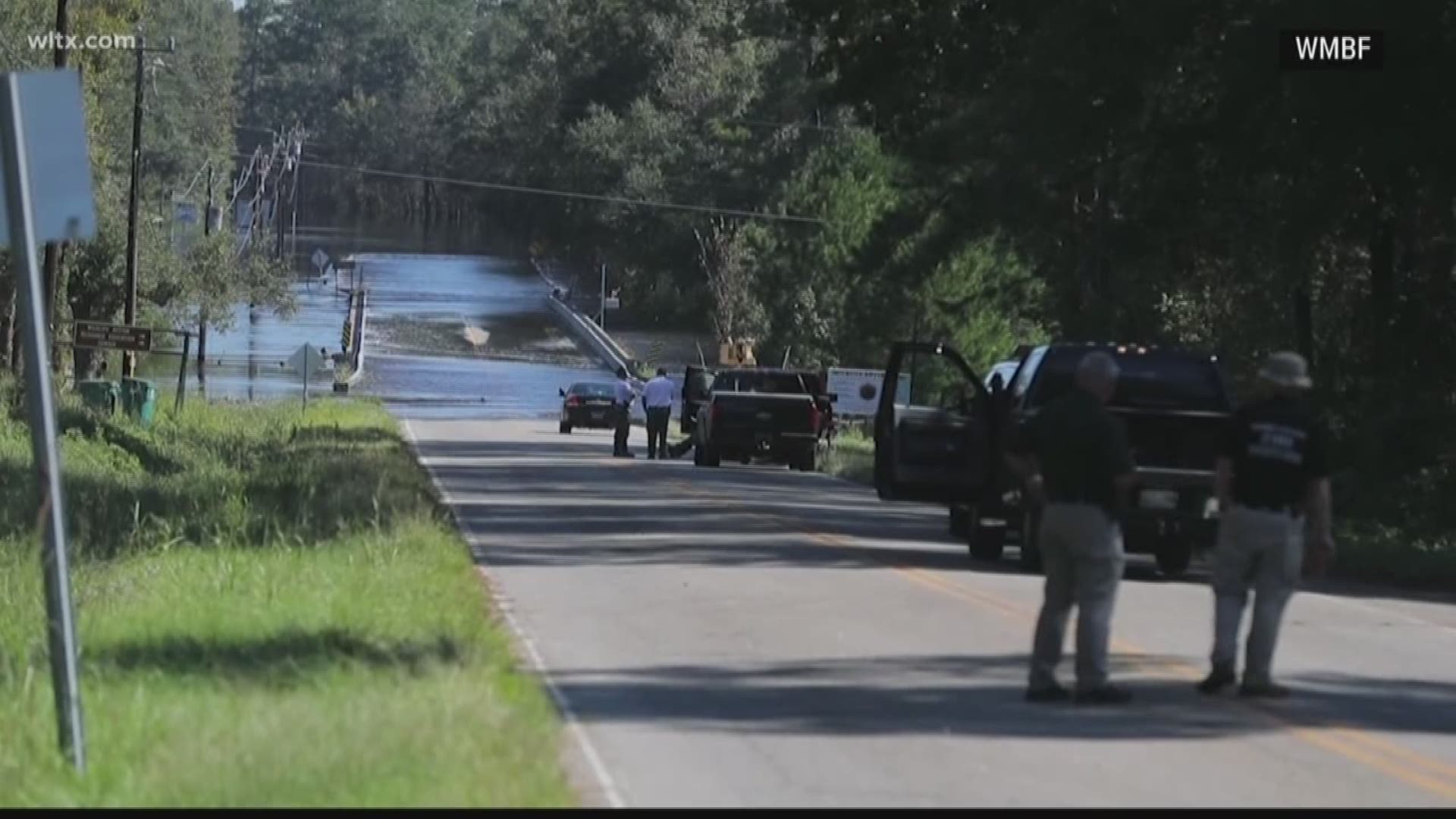 Horry County Sheriff Phillip Thompson said "it can be assumed" that deputies Joshua Bishop and Stephen Flood disregarded the barriers while transporting two women with mental-health issues from Conway to medical facilities in Darlington and Lancaster Tuesday night.

Divers recovered the bodies of Windy Newton, 45, of Shallotte, North Carolina, and Nicolette Green, 43, of Myrtle Beach, by cutting a hole in the top of the submerged van on Wednesday, Marion County Coroner Jerry Richardson said Thursday.

Neither woman was handcuffed or restrained, Richardson said.

Thompson said there was one door to the containment area of the van where women were trapped. Doors to such areas don't typically open from the inside. The sheriff's office didn't immediately confirm that was the case for that van.

The van was traveling west on U.S. 76 east of Nichols about 5 p.m. on Tuesday.

The highway was shut down between the town of Nichols and the Little Pee River since Monday because of flooding, according to information posted on the state Department of Transportation's website.

"There are barriers there," Richardson said.

South Carolina Highway Patrol spokesman Capt. Kelley Hughes said no trooper was stationed at the barricades, though others barricades in the area have had stationed troopers.

Bishop and Flood have been placed on administrative leave while three separate investigations are conducted into the deaths.

A spokeswoman for the sheriff's office would not say which deputy was driving the van. Flood has worked at the sheriff's office for 10 years, and Bishop was hired six years ago, according to Thompson. Thompson said neither deputy had committed any significant past driving infractions in connection with their duties.

Thompson said the deputies tried to get Newton and Green out of the van.

“They were unable to do so," Thompson said. “I am not sure if it was the way the van was positioned against the guardrail or it was pressure from the water. But unfortunately, they were not able to get the van doors open and to get the ladies out. They tried for a long period of time.”

As the water continued to rise, Bishop and Flood eventually climbed on top of the van, Thompson said. They were rescued about 45 minutes later and taken to a hospital in Loris, where they were treated and released, Thompson said.

Thompson said his office was responding to court orders to transport the women from a hospital and a mental-health center. The sheriff's office transports 1,200 patients per year, traveling up to 40,000 miles each month, he said.

Newton, a mother of three who has struggled with mental illness, was taken by ambulance to a hospital in Loris earlier Tuesday after she felt that she was about to suffer "a spell," according to an article published by The New York Times.

"We want those who are responsible to be held accountable," it reads in part. "These women were not inmates or criminals. They were women who voluntarily sought help. They trusted the hospitals and the Sheriff Deputies with their lives and that trust was abused. We want answers.”

The paper reported that a therapist decided to commit Green, a mother of four, after she showed up for a counseling session on Tuesday morning.

In all, Hurricane Florence has contributed to at least 37 deaths, including at least 27 in North Carolina, officials say.