Sunny skies and hotter temperatures through the end of the week, then showers and a cool down for the weekend

The daily forecast from Idaho's largest, most experienced team of meteorologists. 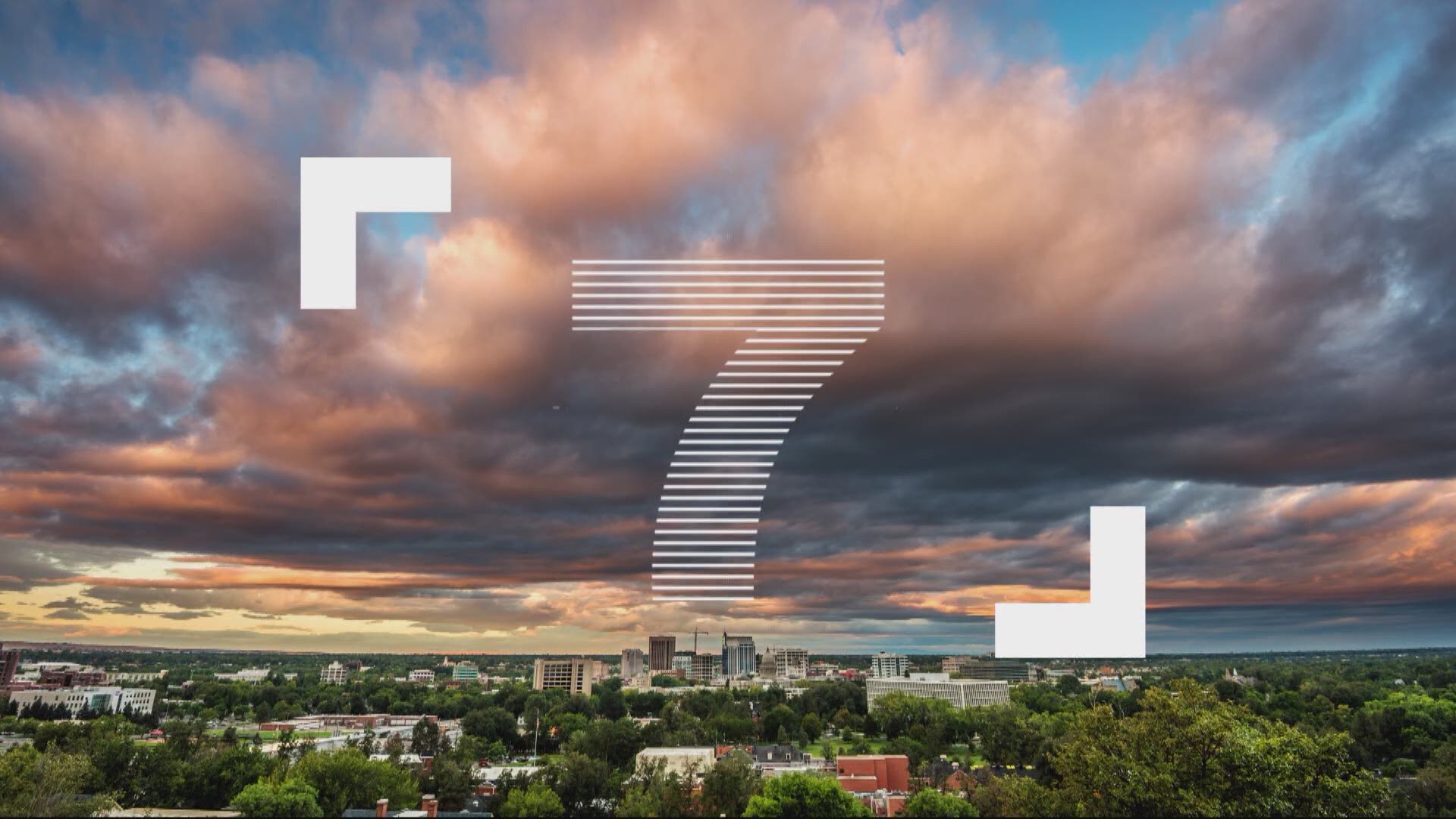 BOISE, Idaho — The Treasure Valley will have sunshine with some areas of smoke and highs near 100 degrees for Thursday and Friday.   The Treasure Valley will see some clearing but hazy conditions both Thursday and Friday.  Storms will continue to increase toward the end of the week with flash flooding possible for the Boise Mountains, West Central Mountains, Upper Weiser River, Owyhee Mountains and Camas Prairie.

Thunderstorms and showers are likely in much of the area for the weekend. Any thunderstorms that form will be capable of producing bouts of heavy rain and gusty winds.  Because of this wet/active weather pattern expected this weekend, temperatures will be cooler.  Highs for the valley will be in the mid and upper 80's beginning on Sunday and going through the middle of next week. Look for more drying and warming by the middle of next week.

With active weather expected, you can track the weather in your region with our interactive radar.

GET WEATHER ALERTS: How to customize and navigate the new KTVB app

See the latest weather forecasts and news in our YouTube playlist: