La Niña conditions develop, could lead to a warm and dry winter in the Southeast

The Climate Prediction Center says there is a 75% chance that La Niña continues through February. 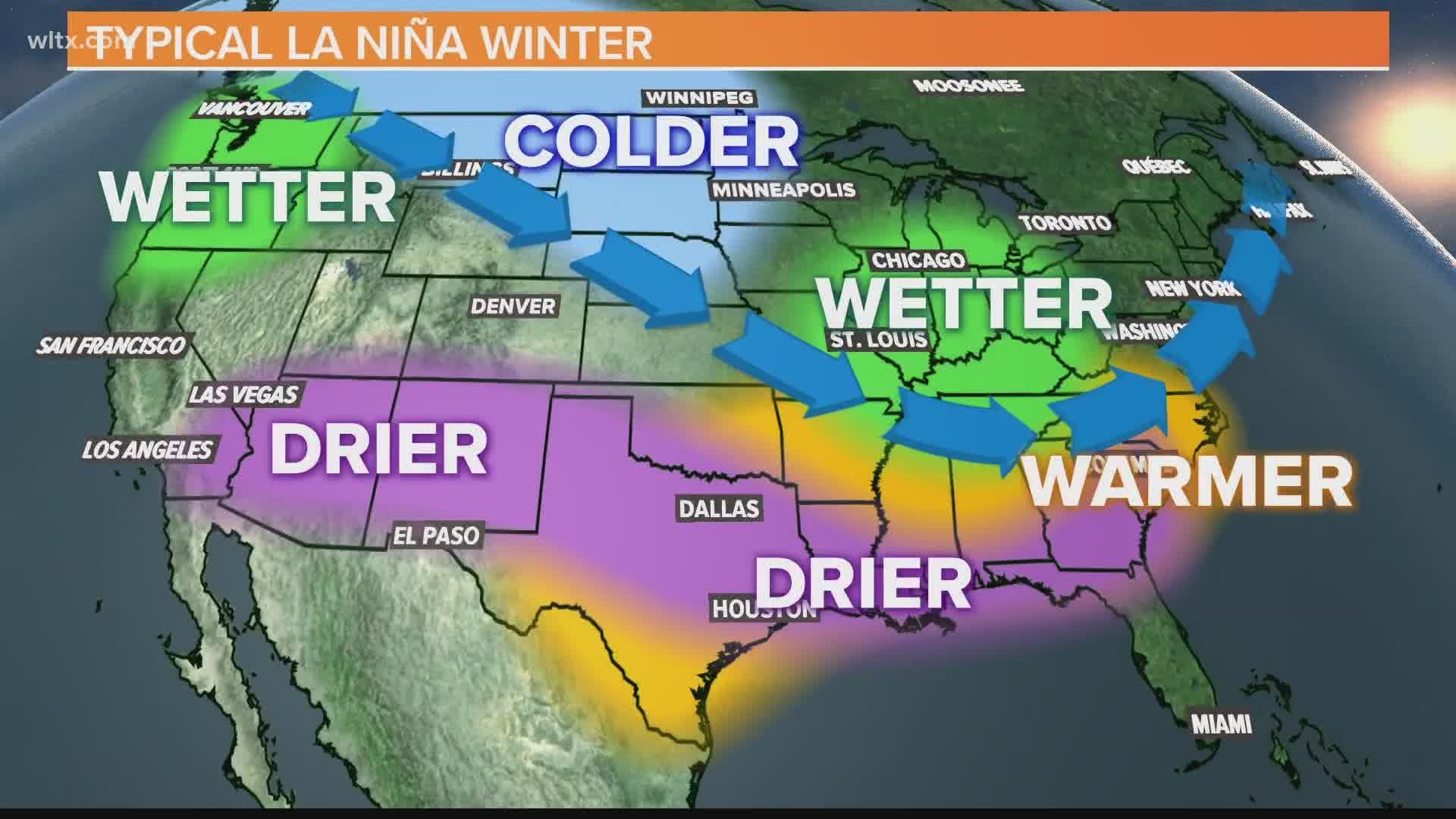 COLUMBIA, S.C. — Last week, the Climate Prediction Center (CPC) announced that a La Niña pattern has developed in August and is forecast to continue through the winter.

La Niña, translated as “Little Girl” in Spanish, is marked by cooler than average sea surface temperatures in the equatorial Pacific.

Even though this climatological pattern occurs in the Pacific Ocean, it can have influences in our weather in the United States, notably during hurricane season and during the winter months.

One impact of La Niña is weaker wind shear over the Caribbean and Tropical Atlantic, which can lead to a more suitable environment for tropical systems to strengthen.

This certainly lines up with the fact that the Atlantic is at one of the busiest points it has been at in decades, with the National Hurricane Center issuing advisories on five named storms as of Monday afternoon. The last time the NHC monitored five named storms at once was in 1971.

It's been 49 years since the Hurricane Center issued advisories on 5 systems, back in 1971 pic.twitter.com/M8NCplYc7y

Looking ahead to the winter, there are certain patterns that we typically see with La Niña.

Here in the Southeast, our weather tends to be warmer and drier than normal. Meanwhile, in the northern tier of the United States, conditions trend rainier and cooler than average.

The Climate Prediction Center says there is a 75% chance that La Niña conditions continue through February of next year.

The last time we saw La Niña was the winter of 2017 and 2018. That winter, the Columbia Metropolitan Airport did see lower rainfall totals, with only 7.32 inches of rain between December and February. Temperatures were also warmer than the historical average.

La Niña is the opposite of El Niño, which is when the sea surface temperatures of the equatorial Pacific are above normal. The last time we experienced an El Niño pattern was in 2018-2019.

Last year, neither pattern was present, which is called ENSO (El Niño Southern Oscillation) neutral. In that phase, there is no correlation between the Pacific Ocean and our weather in the United States.

RELATED: Could we run out of hurricane names this year?