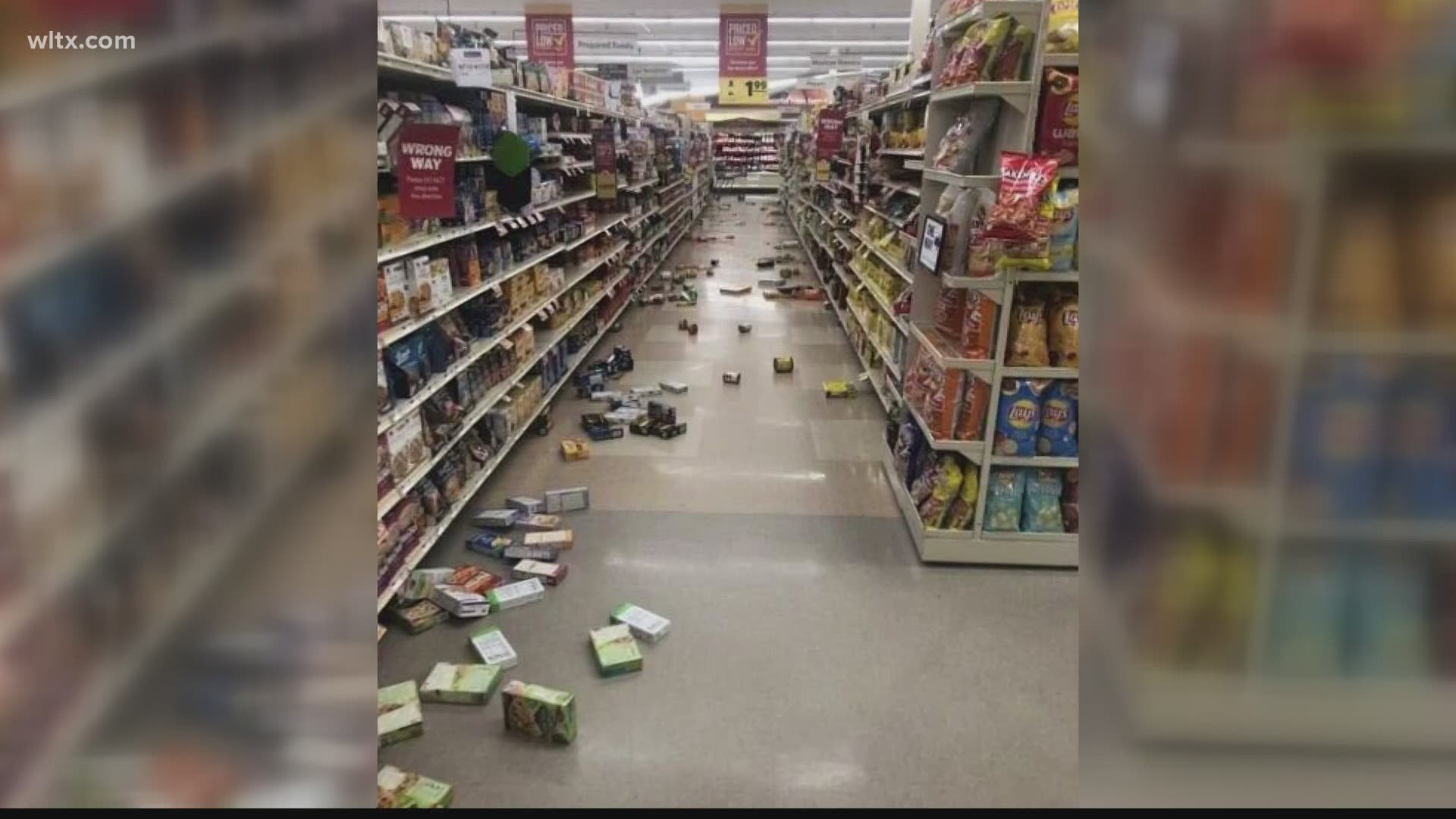 COLUMBIA, S.C. — NOTE: The video attached to this story with students practicing earthquake drills is from October 2018

You may have felt the ground shake a little after 8 a.m. Sunday. The US Geological Survey (USGS) reports a moderate 5.1 magnitude earthquake occurred at 8:07 a.m. August 9, centered approximately 2 kilometers (1.25 miles) south southeast of Sparta, NC, near the North Carolina, Virginia border.

If you felt the 5.1 Sparta, NC earthquake then be sure to submit a “Did You Feel It” report. Keep up to date on any changes at: https://t.co/VDWMntMTno pic.twitter.com/p1H4lEtgae

Twitter users in the Charlotte area and some in Columbia reported feeling the quake. The USGS reported the coordinates of the epicenter to be
36.479°N 81.098°W and at a depth of 9 kilometers (5.6 miles).

If you felt the quake, help USGS track it by filling out the survey at the USGS website.

According to USGS, Sunday morning's earthquake is the largest in the area since a 5.1 magnitude quake registered in 1916. Moderately damaging quakes strike inland North and South Carolina every few decades with smaller quakes occurring on average every year or two. 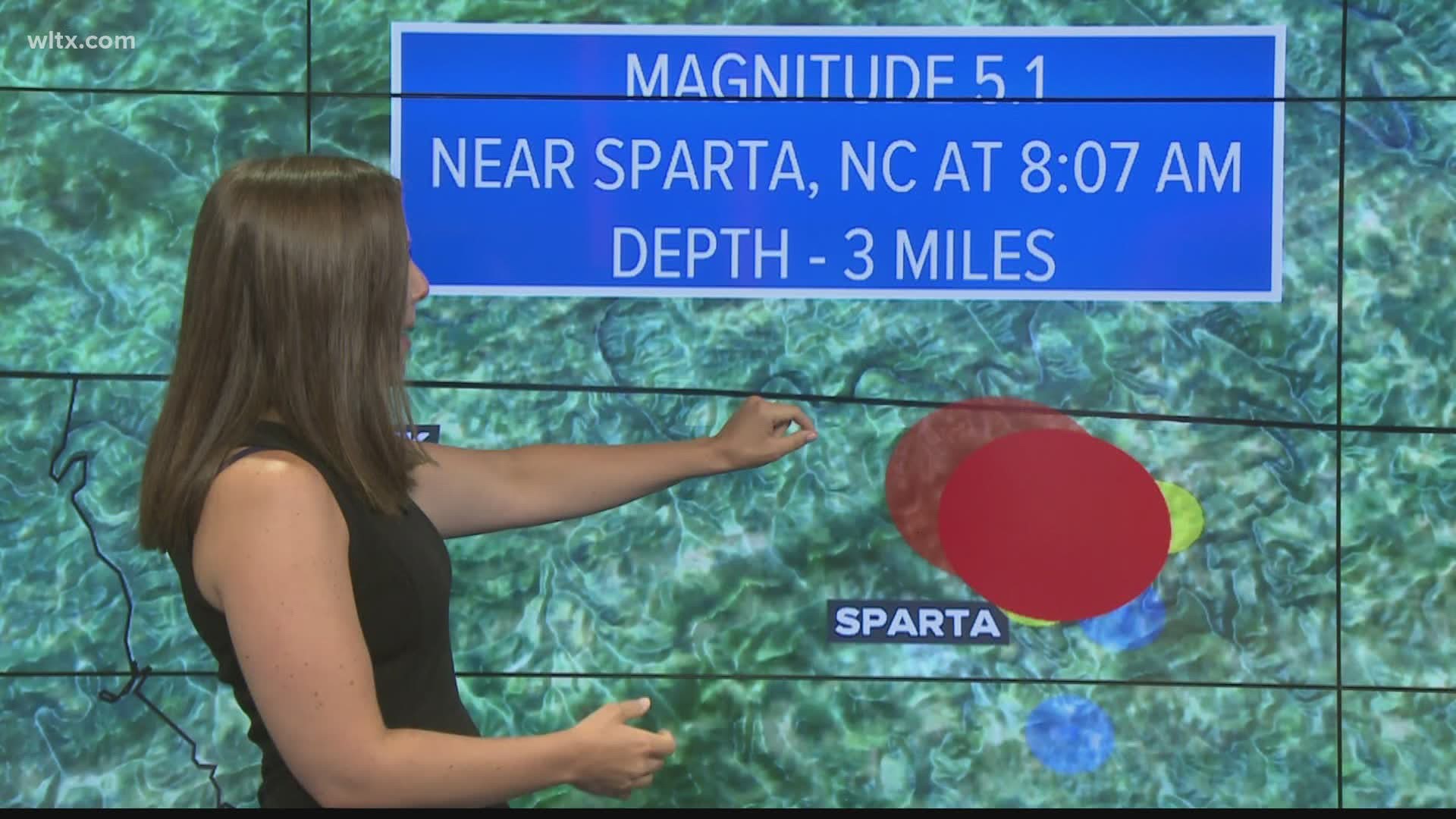 People in the area of moderate quakes can expect to feel aftershocks for the next week or so. USGS predicts within the next week:

For your reference, here’s the #earthquake magnitude scale. This morning’s quake in North Carolina is currently a 5.1 magnitude. USGS may revise & update the magnitude over time as more information becomes available & more research is conducted.https://t.co/sfYu2EIhBG #sctweets pic.twitter.com/N1dcaeQrRR