Severe weather is not expected, but heavy downpours will be possible. 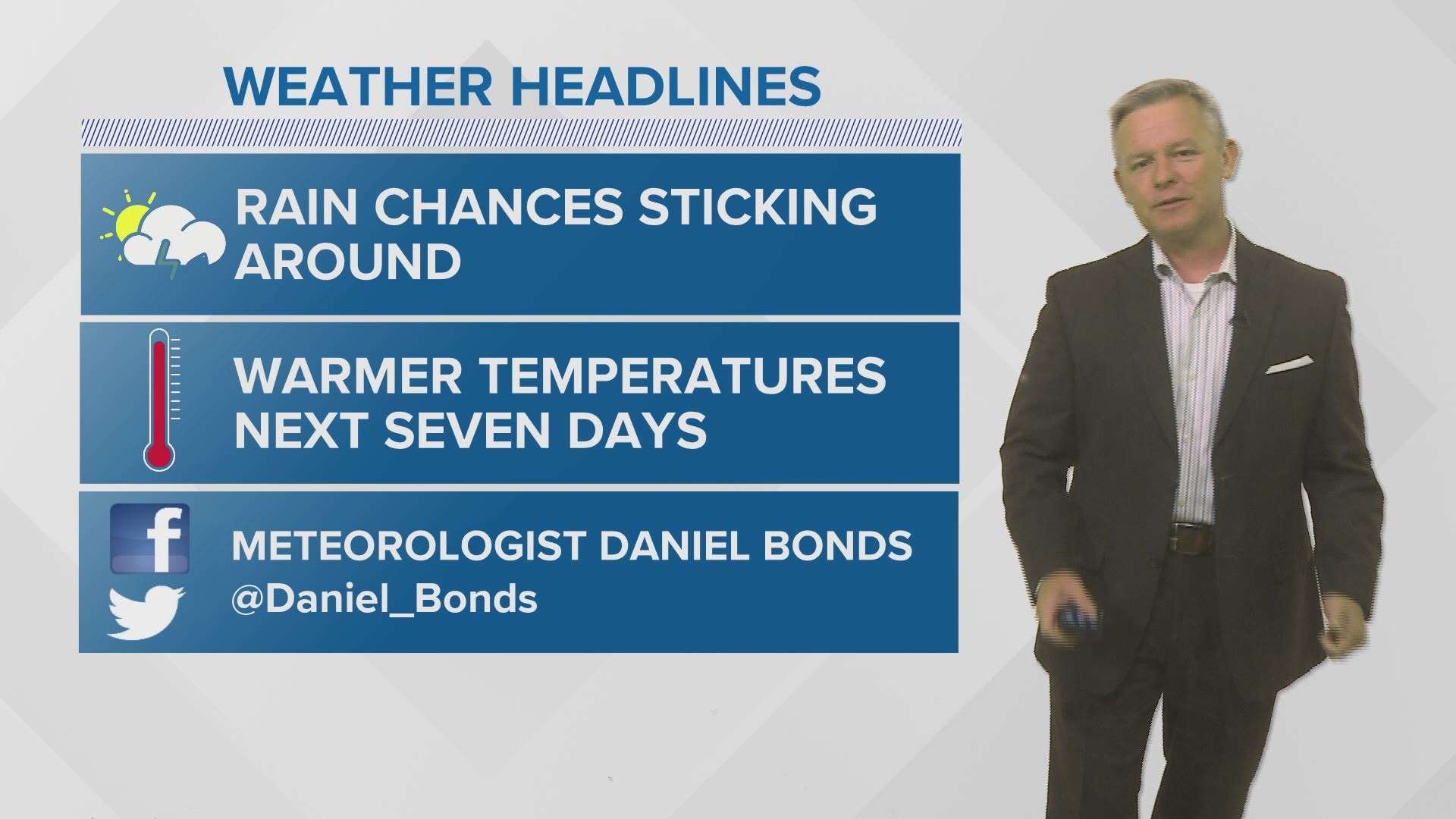 COLUMBIA, S.C. — The chance for rain will be a little lower Wednesday, but showers and storms are still possible through the weekend. Temperatures will be at or a little above normal over the next seven days.

A few lingering showers will be possible through the overnight hours. Low temperatures will again fall into the upper 60s and lower 70s.

Wednesday will start off mostly cloudy. There could be some fog and some light rain during the morning hours.

A little more sunshine is expected Wednesday afternoon, but during the heat of the day showers and storms will develop again. Severe weather is not expected, but any of the storms may produce heavy downpours. High temperatures Wednesday will top out in the middle to upper 80s.

Afternoon showers and storms will be are expected both Thursday and Friday. Heavy rainfall is the main threat of any of the storms. Severe weather is not expected. Highs will top out in the lower 90s both days.

A front will approach the area Saturday. More showers and storms may develop as the front moves through the area. High temperatures should climb to around 90° for the start of the weekend.

A broad trough of low pressure is expected to develop over the southwestern Caribbean Sea during the next couple of days. Some development will be possible while the system moves slowly northwestward toward Central America.

Regardless of development, this system could produce heavy rainfall across northern Colombia and portions of Central America from Honduras southward later this week and into the weekend.