The tropics are active. There are four areas being monitored including a major hurricane. 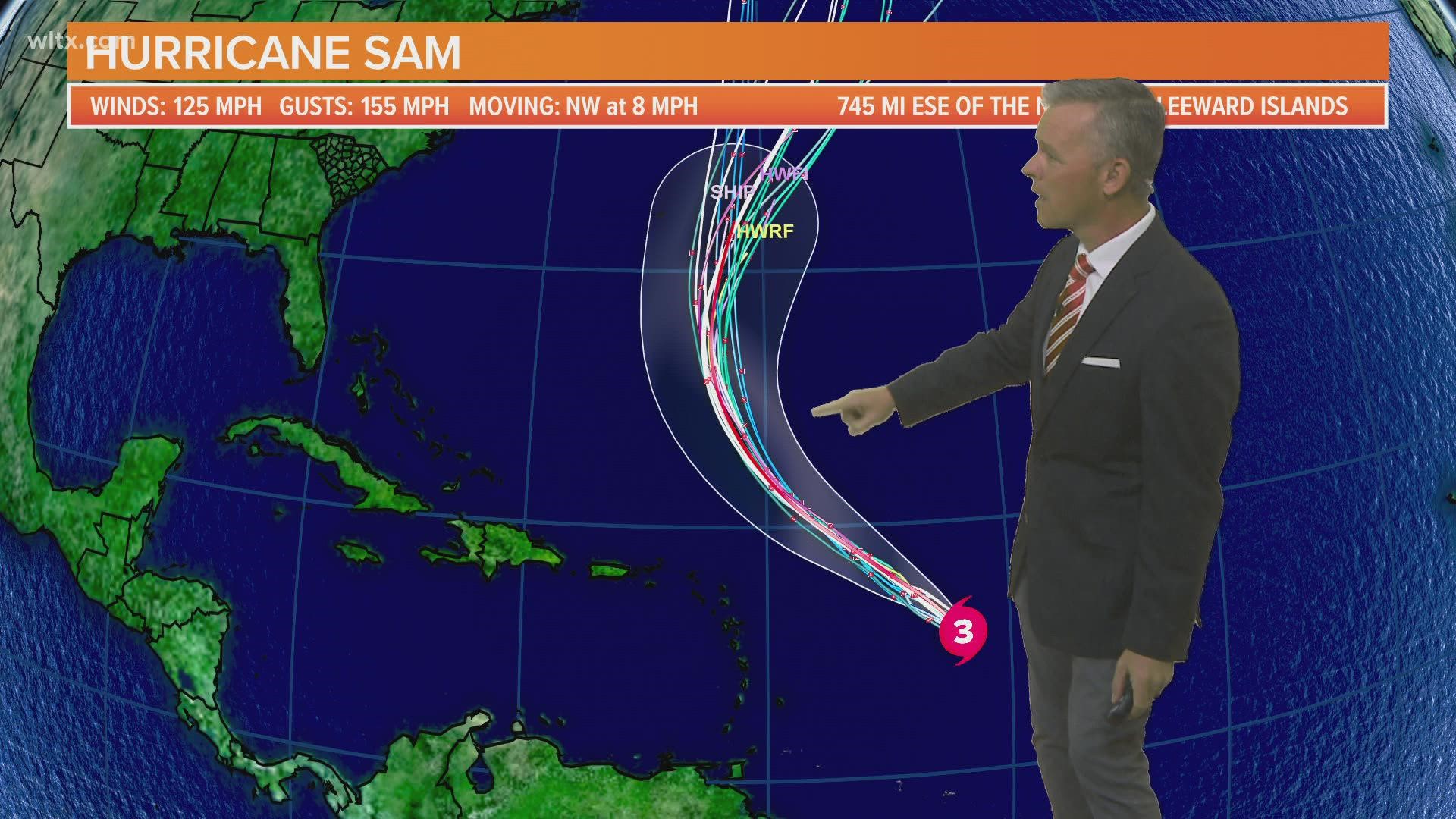 COLUMBIA, S.C. — The weather over the weekend was great. Morning lows were cool and afternoon highs were seasonable. Sunny skies will stick around for the start of the workweek, temperatures will be heating up.

High pressure will continue to dominate the weather. Skies will be sunny Monday afternoon. High temperatures will top out in the middle 80s. It will be a little warmer than it was on Sunday.

Skies will remain clear Monday night. Low temperatures will be in the upper 50s to lower 60s.

It will be a little warmer Tuesday. Highs will climb into the upper 80s under sunny skies. Our average this time of the year is 83 degrees.

Temperatures may hit the 90° mark by Wednesday afternoon under clear skies.

A few more clouds will be possible Thursday through Sunday, but right now, there is little chance for any rain. High temperatures will be in the upper 80s Thursday, but dropping to the middle 80s by Sunday.

Sam remains a powerful, major hurricane with winds of 130 mph. The storm is a Category 4 hurricane, but it should remain away from the United States.

There are three other areas in the tropics being watched.

Showers and thunderstorms have become a little better organized in association with a surface trough that is the remnants of Peter.

Upper-level winds are somewhat conducive for some slow development of this disturbance over the next few days.

A tropical wave is expected to move off the west coast of Africa on Monday. Environmental conditions are forecast to be conducive for gradual development thereafter, and a tropical depression could form by midweek while the system moves west to west-northwest  at 10 to 15 mph over the far eastern tropical Atlantic.

A broad area of low pressure is expected to form over the eastern or central tropical Atlantic early this week, to the west of the tropical wave that will be moving off the coast of Africa.

Environmental conditions are forecast to support some development of this disturbance, and a tropical depression could form by late this week while it moves west at 5 to 10 mph. 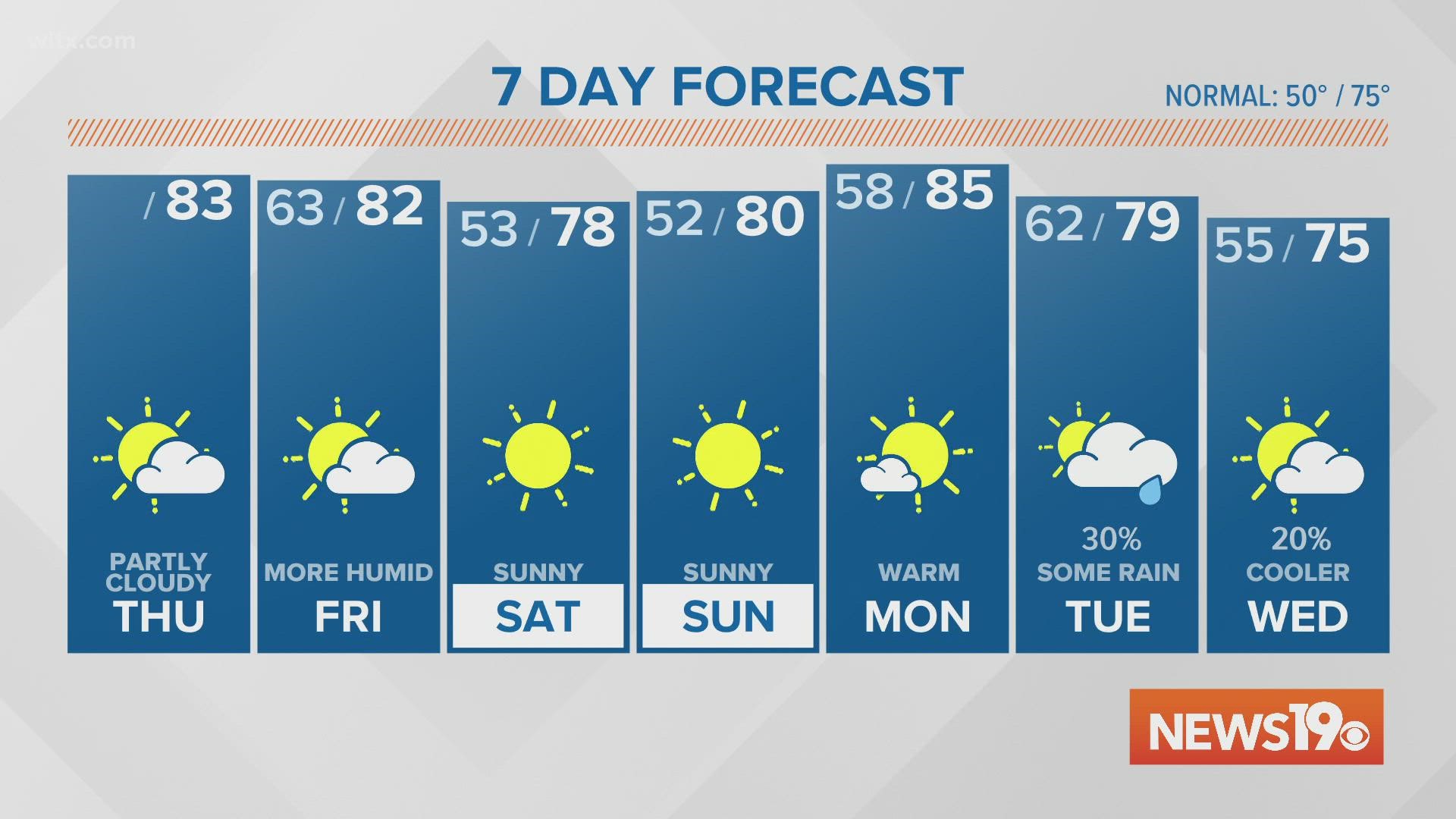 A few clouds Thursday and early Friday. Then clear and comfy for the weekend.