After a quiet month, the tropics are becoming active again. 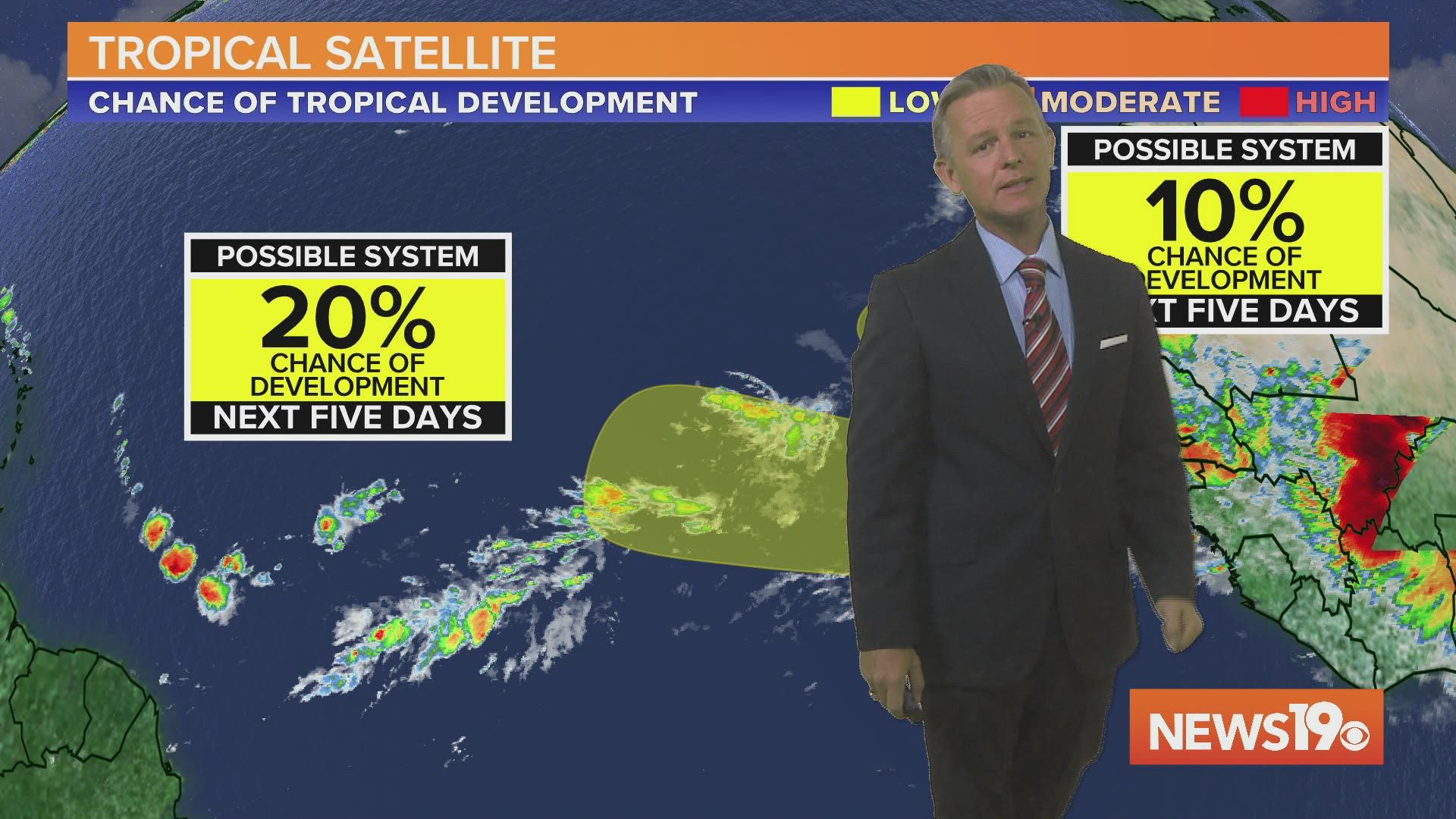 COLUMBIA, S.C. — Drier air will continue to push into the area today. There may be a small chance for a stray shower in the eastern or southern parts of the Midlands. Temperatures will remain below normal today under mostly cloudy skies.

This morning started off a little cooler than normal. Lows were in the lower to middle 60s for parts of the Midlands. Our normal low temperature this time of year is 72 degrees.

Today will be mostly cloudy and still a little cooler than normal. High temperatures will be in the lower to middle 80s. A few stray showers may be possible in the eastern and southern parts of the Midlands, but most of the area will remain dry.

A stray shower will be possible this evening and tonight. Temperatures will drop into the middle to upper 60s Thursday morning under mostly cloudy skies.

A more typical summer-like pattern will set up over the weekend. There will be a chance for afternoon showers and storms both days. Highs will be in the upper 80s and lower 90s.

There are two areas currently being watch by the National Hurricane Center.

A small and weak area of low pressure, with limited shower and thunderstorm activity, is passing near the Cabo Verde Islands.  Significant development of this system is not expected during the next day or so due to unfavorable upper-level winds and marginally warm waters.

A tropical wave is forecast to move off the west coast of Africa by late Thursday. Environmental conditions appear somewhat conducive for some slow development over the far eastern Atlantic through the weekend into early next week while this system moves west at about 15 mph.