There are a couple of areas being watched in the tropics. 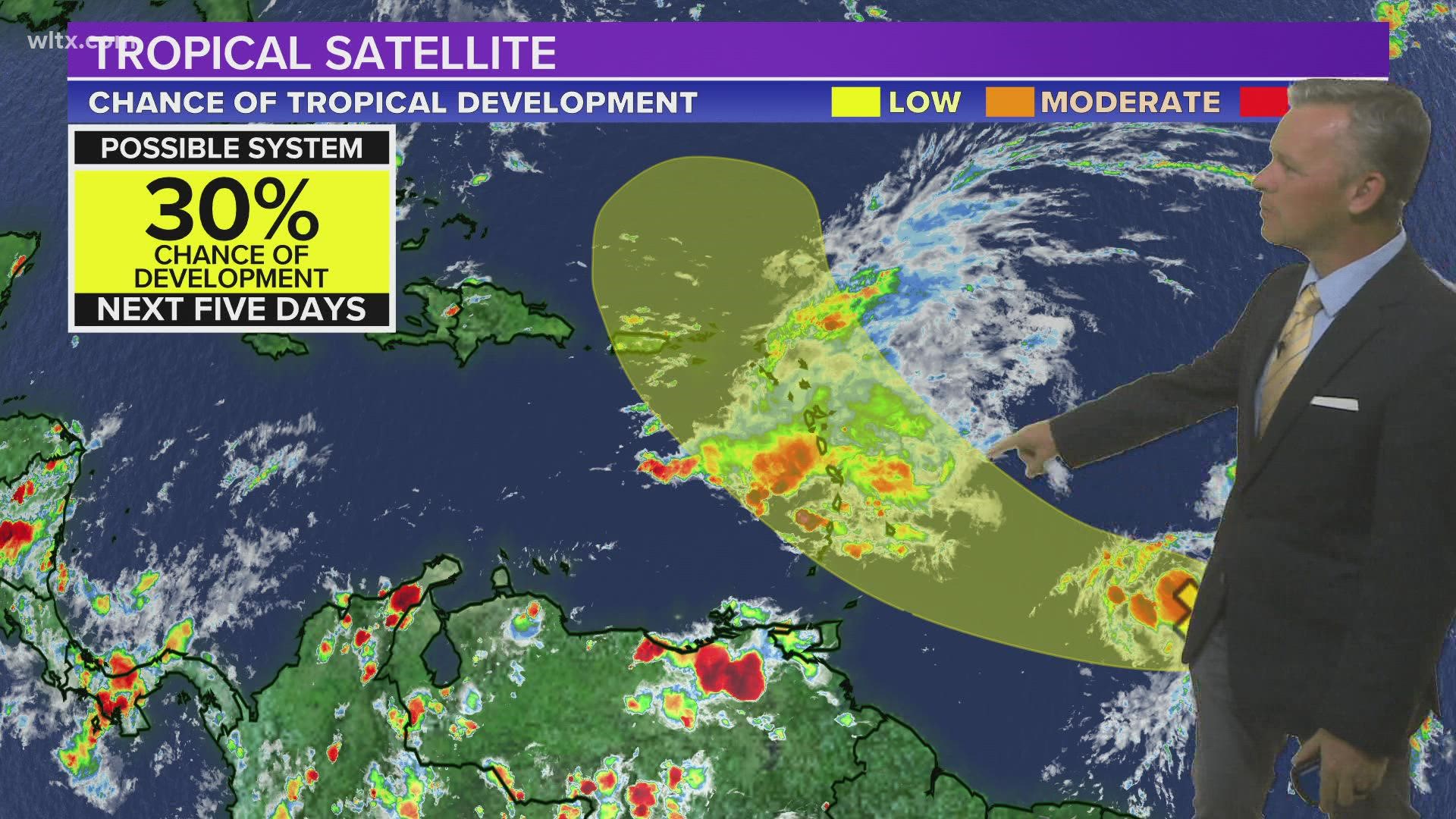 COLUMBIA, S.C. — High pressure will dominate the weather over the next several days. It will be dry, and temperatures will be climbing through the workweek. A cold front will approach the area by the weekend. There will be a chance for some rain later in the day Saturday.

Sunday was mostly sunny and warm. Temperatures were in the lower to middle 80s. The Columbia airport made it up to 84 degrees.

There may be some fog early Monday morning. Temperatures will start off in the upper 50s and lower 60s. Skies will become mostly sunny later in the day. High temperatures will be in the lower 80s.

Tuesday will be sunny and warm. Highs will be in the lower to middle 80s. The weather pattern will not change a lot through Friday. Temperatures will be climbing into the middle to upper 80s by the end of the workweek.

A cold front will approach the area Saturday. A few showers will be possible late Saturday and into early Sunday. Temperatures will be cooler for the second half of the weekend.

A tropical wave located about a little more than 500 miles east-southeast of the Windward Islands continues to produce a large area of disorganized cloudiness and thunderstorms.

Environmental conditions are forecast to be marginally conducive, and some limited development could occur during the next day or so while the system moves west-northwest at about 15 mph.

Another tropical wave located over the eastern Caribbean Sea is producing a large area of disorganized cloudiness and showers over portions of the Leeward Islands, the Virgin Islands, and Puerto Rico.

Unfavorable upper-level winds are expected to limit any development over the next day or so, but environmental conditions could become a little more conducive for some development of this system when it is located near the Bahamas around Wednesday.