Plans for the new school are under review, while students continue learning in technology career center. 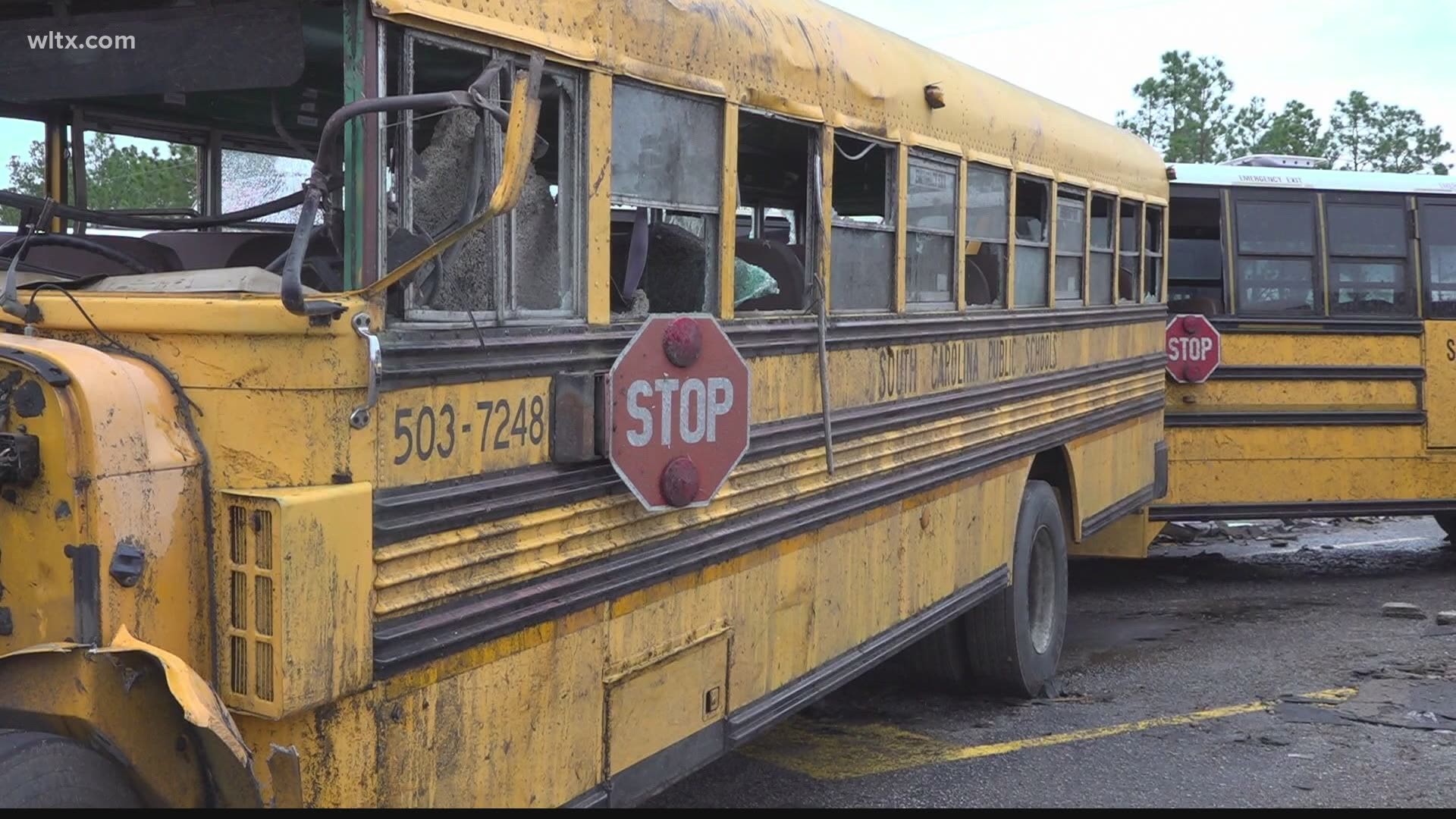 CAMDEN, S.C. — It has been one year since North Central High School was destroyed by an EF-2 tornado with estimated winds of 130 miles per hour. The tornado touched down on the school, stadium, and buses located at the building.

Today, staff and students are using a vacant technology center as a new location for their learning.

Principal David Branham said between switching facilities and the pandemic this year, everyone has learned to be more flexible and resilient during tough times.

"I think it's really preparing them for adversities later on in life and being able to overcome things," Branham told News 19. "I felt like it was somewhat of a hidden blessing that we were able to handle covid a little better because we were just used to adapting and being flexible."

The old building has been demolished, though the auditorium and gymnasium still stand. Students are still able to return for winter sports, such as volleyball, and other club events. The football stadium has also been rebuilt.

Branham says that some plans have been approved through the district for their new building and have been submitted to the office of school facilities. He hopes that they can start construction as soon as the plans are reviewed.

In the meantime, staff and students will continue with their "knight strong" motto. Branham tells News 19 how proud he is of everyone for their resilience this past year.

"I think that's something too that should be recognized, is the massive amount of teamwork that it took to get us in our building. It's really unbelievable."