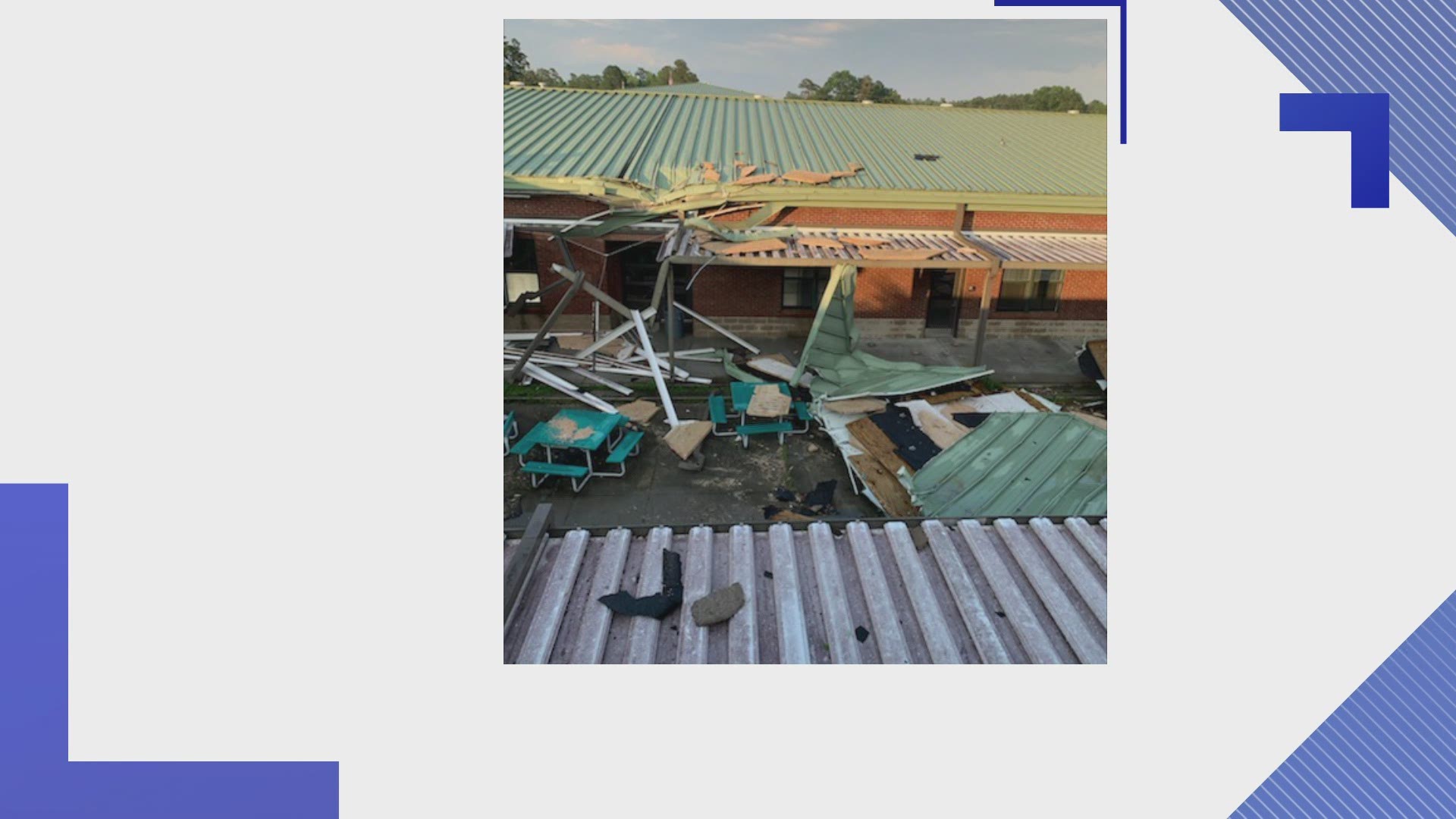 Officials said a severe weather system moved through the eastern area of Orangeburg County Tuesday evening, causing extensive damage to areas of Lake Marion High School and Technology Center in Santee. They believe a microburst developed as part of the storm.

The Summer Extravaganza being held at Lake Marion will be suspended for the remainder of this week as officials assess the damage and determine an alternate location, if necessary, for those programs.

Additionally, all extracurricular activities, including but not limited to band and athletic practices scheduled to be held at the school, are also suspended until further notice.

"We are grateful that no students, teachers or staff members were physically harmed as a result of this dangerous system," officials said in a statement released Tuesday night. "Community members are urged to follow weather alerts and to maintain a safe distance from the school as parts of the roof are peeled off, the canopy used for student drop off is missing, and HVAC systems have been ripped away from the roof, among other damages."