Mark Jones made it out alive with "Tequila" and "Jack Daniels" (J.D.), his two pit bulls, by his side. 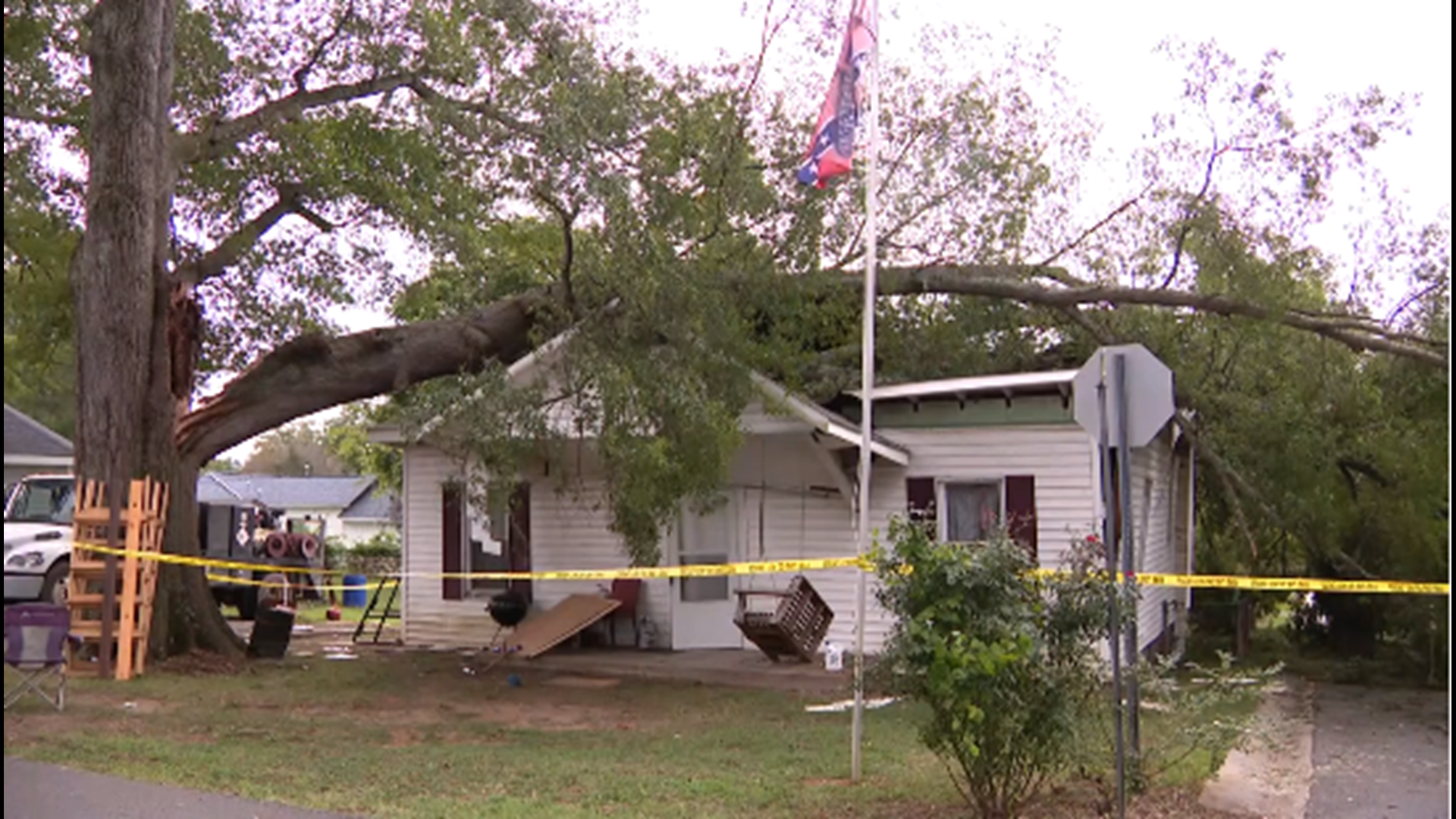 MOUNT HOLLY, N.C. — A tree crushed a home in Mount Holly after strong storms blew through the Charlotte area Monday.

Mark Jones made it out alive with "Tequila" and "Jack Daniels" (J.D.), his two pit bulls, by his side.

Jones said he was sitting in his living room watching TV around 4 p.m. Monday when the roof suddenly started caving in on top.

The tree in his front yard split off, with part of it falling across the entire roof.
Jones said it looked like a bomb went off inside the house. He had to crawl through the damage with the two dogs to get out.

"Kind of still in shock, you know," Jones said.

The tree had been a concern before it came crashing down, Jones said. He even called out a friend who is an arborist to look at it.

"I told him this tree was diseased, and that the weight needed to come out of it," said Cary Brigman, Ace Tree Service arborist, "and if it didn’t come out, it eventually was going to create a problem, which you can see the problem has been created."

For now, Jones said he’s not sure where he’s going to live; he's just thankful he and his dogs made it out okay.

One dead after shooting near uptown Charlotte