The chance for rain will begin to decrease starting Sunday. 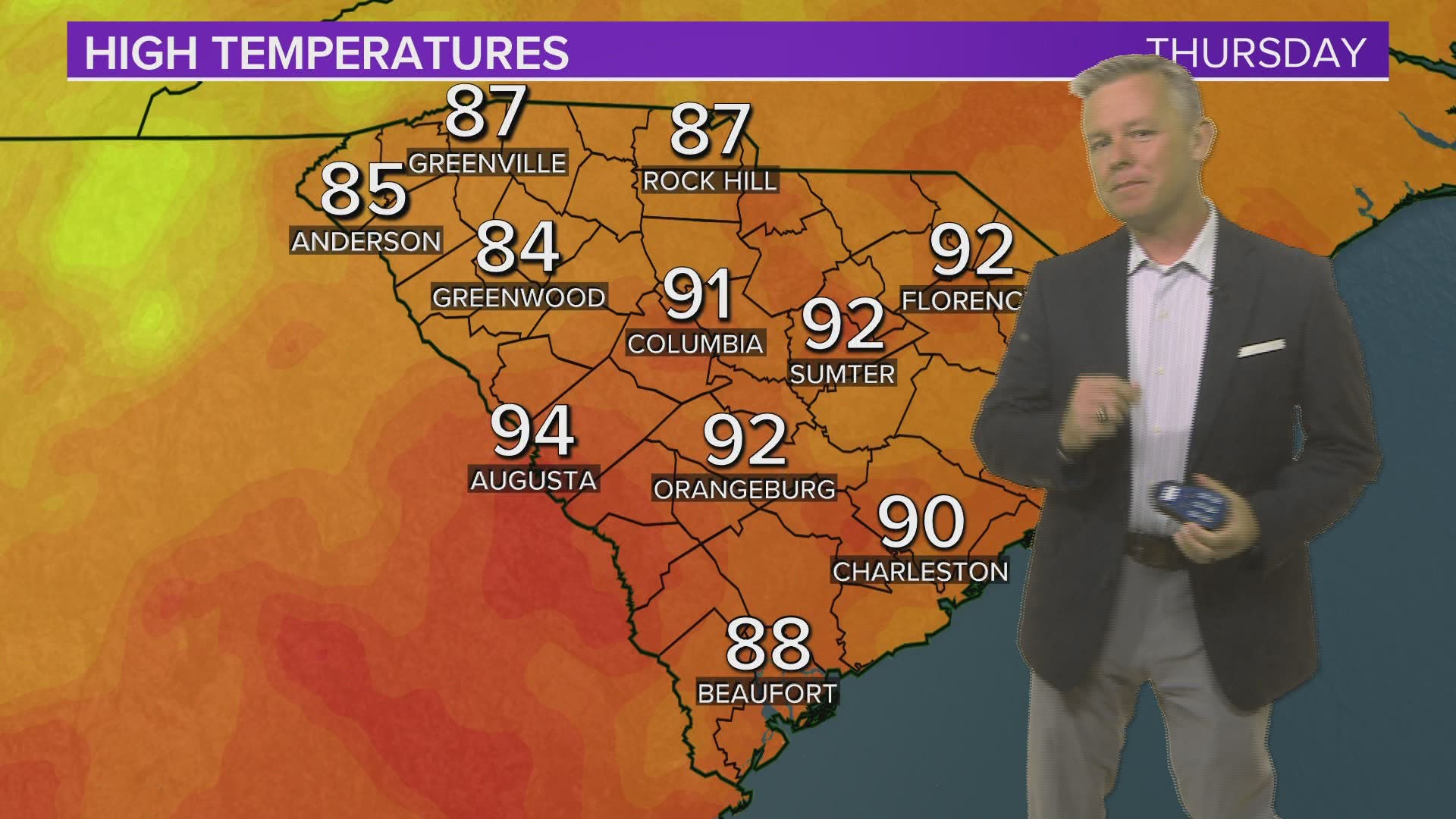 COLUMBIA, S.C. — Showers and storms will continue to develop in the afternoon hours Friday and Saturday. Some drier air will move into the area by Sunday. This will decrease the chances for rain, but temperatures will be turning hotter.

A few areas picked up some rain in the form of a few showers and storms. Temperatures were a little above normal. High temperatures climbed into the upper 80s and lower 90s. The Columbia airport had a high of 91 degrees. Heat index values made it feel even hotter.

Friday will start off under mostly cloudy skies. Low temperatures will be in the lower 70s. Some sunshine will be possible during the morning and early afternoon hours, but showers and storms are forecast again. Highs will be in the upper 80s and lower 90s.

A cold front will approach the area Saturday. Numerous showers and storms are expected to develop during the afternoon hours. The severe weather threat is low. Temperatures will top out in the upper 80s.

Heat index values over the next several days will be in the middle to upper 90s. Be careful if you are going to be doing anything outdoors during the heat of the day.

Sunday will be partly cloudy. There will be a very small chance for an isolated shower or thunderstorm. Highs will be in the upper 80s and lower 90s.

Skies will be mostly sunny Monday through Tuesday. Each day there will be an opportunity for an isolated shower or storm. Highs will be in the lower to middle 90s for the first two days of the workweek.

Seasonable temperatures are forecast for Wednesday and Thursday. Right now, there is little chance for any rain.