The tropics are getting busy again with one named storm and two other areas being watched. 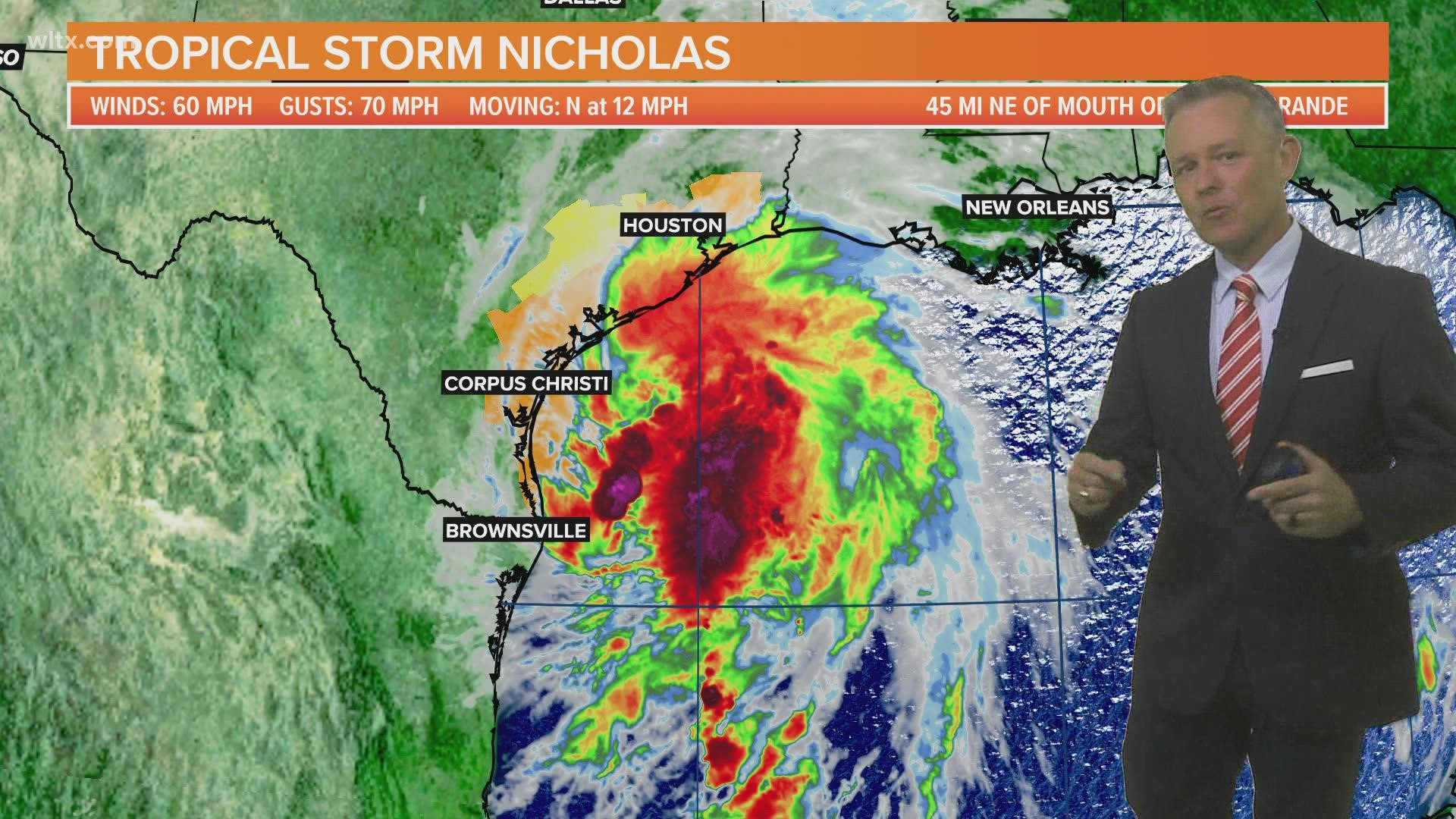 COLUMBIA, S.C. — The tropics are busy again with several areas being watched. Our weather in the Midlands will remain quiet for the start of the new workweek.

It was a dry, pleasant weekend. High temperatures were in the middle 80s across the area. The Columbia airport reported a high of 86° both Saturday and Sunday.

This morning temperatures started off in the upper 50s and lower 60s. The Columbia airport had a low of 61 degrees.

Today will be sunny and hot. High temperatures will be in the upper 80s and lower 90s. Our average high temperature this time of the year is 87 degrees.

Some fog will be possible late tonight and early Tuesday morning. Low temperatures will start off in the middle 60s.

A few clouds will move over the area Tuesday. High temperatures will be in the upper 80s to lower 90s again. A few stray showers or storms will be possible in the southern or eastern half of the Midlands, but most of us will remain dry.

A few showers and storms are expected Wednesday as tropical moisture increases. Highs Wednesday will be in the upper 80s with the clouds and rain in place.

Some rain will be possible Thursday through Sunday. Not a lot of rain is expected. High temperatures will be in the middle to upper 80s.

Nicholas will produce heavy rainfall will impact portions of the Texas and Louisiana coasts through the middle of the week.

Some of this moisture may enhance the rain chances for our area.

Elsewhere in the Tropics:

A tropical wave has emerged off the coast of Africa near the coasts of Guinea and Sierra Leone.

Environmental conditions are forecast to be conducive for gradual development of this disturbance, and a tropical depression is likely to form by late this week while the system moves west at 10 to 15 mph across the eastern tropical Atlantic Ocean.

An area of low pressure is forecast to form by midweek a couple of hundred miles north of the southeastern or central Bahamas as a tropical wave interacts with an upper-level trough.

A tropical depression could form later this week while the system moves across the western Atlantic.