Thanksgiving Week Forecast: Dry but cold as we approach the holiday

Cold and dry weather is expected on Tuesday and Wednesday, but temperatures will moderate for Thanksgiving. 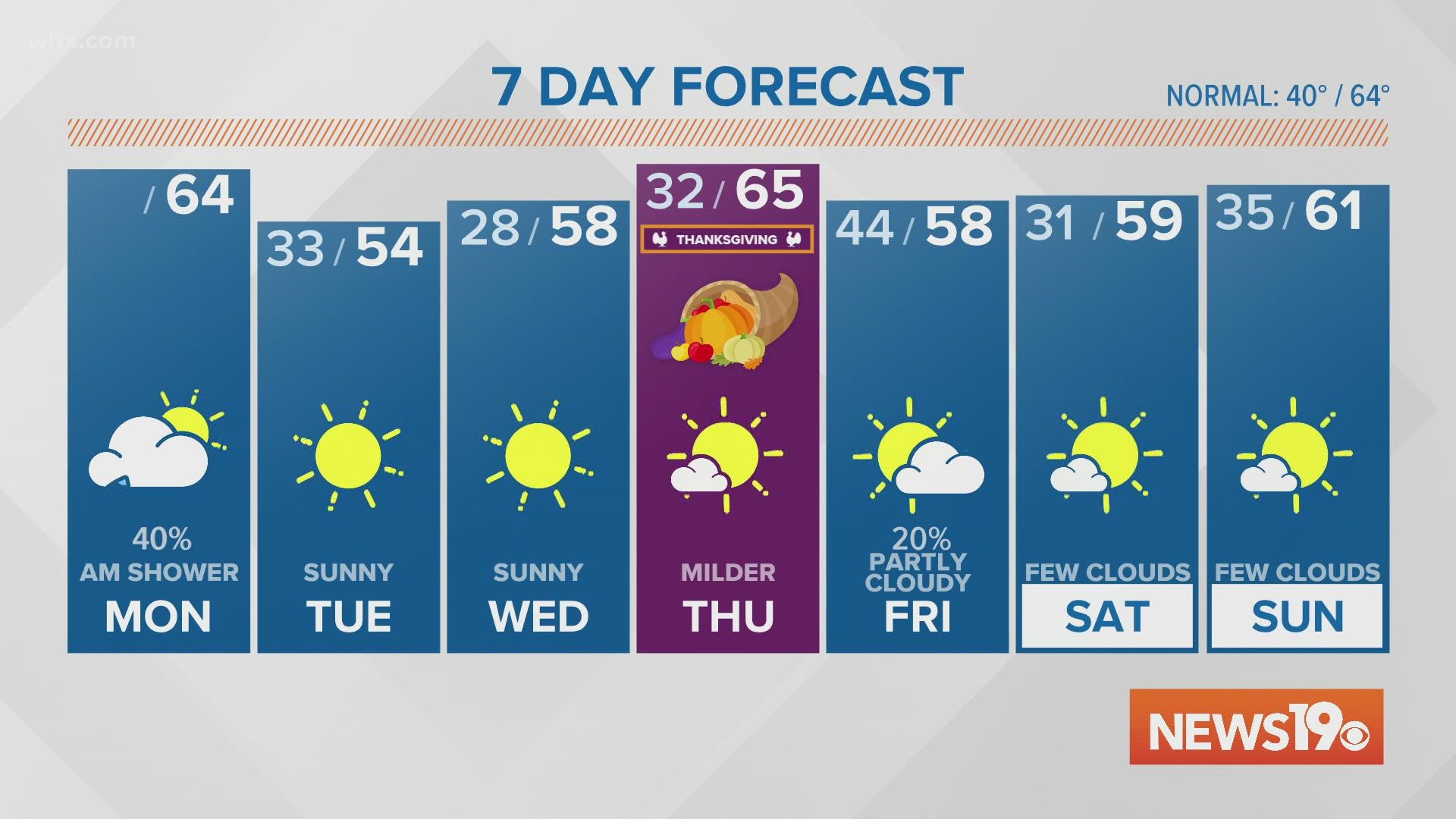 COLUMBIA, S.C. — Cold weather is expected for travelers in the eastern United States ahead of Thanksgiving. Wednesday morning will be the coldest morning so far this season in the South Carolina Midlands. This is the first hard freeze of the season and will kill or damage tender plants left outside, including some holiday plants like, poinsettia, thanksgiving cactus, and croton. Sprinklers should be turned off ahead of the cold on Tuesday, Wednesday, and Thursday morning. Aside from the cold weather, weather will not be an issue for most travelers. Abundant sunshine is expected for much of the southeast ahead of Thanksgiving and temperatures will rebound by Thanksgiving afternoon.

Weather should not result in any major travel delays as we approach the Thanksgiving holiday, but it will be chilly on Tuesday and Wednesday despite abundant sunshine. Tuesday's low temperatures will drop below freezing for much of the midlands. Afternoon highs will only briefly reach the low 50s in the Midlands with upper 40s expected toward the mountains and upstate and mid 50s along the coast.

Wednesday morning will be clear and very cold, with many locations across the state dropping below freezing between midnight and 9 am. Check for leaky faucets and other water sources ahead of Wednesday morning because any puddles of water will turn icy. Wednesday afternoon will quickly warm up under abundant sunshine, but will likely remain several degrees below the climatological average for this time of the year. Afternoon highs on Wednesday will reach the 50s in most of South Carolina, although higher elevations may remain in the 40s.

Temperatures on Thanksgiving will start off cold - near freezing - for the South Carolina Midlands. Partly Cloudy skies are expected in the afternoon with temperatures gradually reaching the mid 60s by the early afternoon.

RELATED: Give thanks to these restaurants open on Thanksgiving Day

RELATED: Verifying which Thanksgiving foods are safe for pets

Clouds will increase throughout the day, but sunshine expected and rain will remain well west of our area on Thanksgiving, mainly toward the Mississippi River Valley attached to another cold front.

The weak cold front to our west on Thanksgiving Day will move through our area on Friday. Some clouds and a slight chance for a shower is expected with this front, but impacts will be limited. Temperatures will remain chilly behind this front for the remainder of the week with highs near 60F, a few degrees below average for this time of the year. 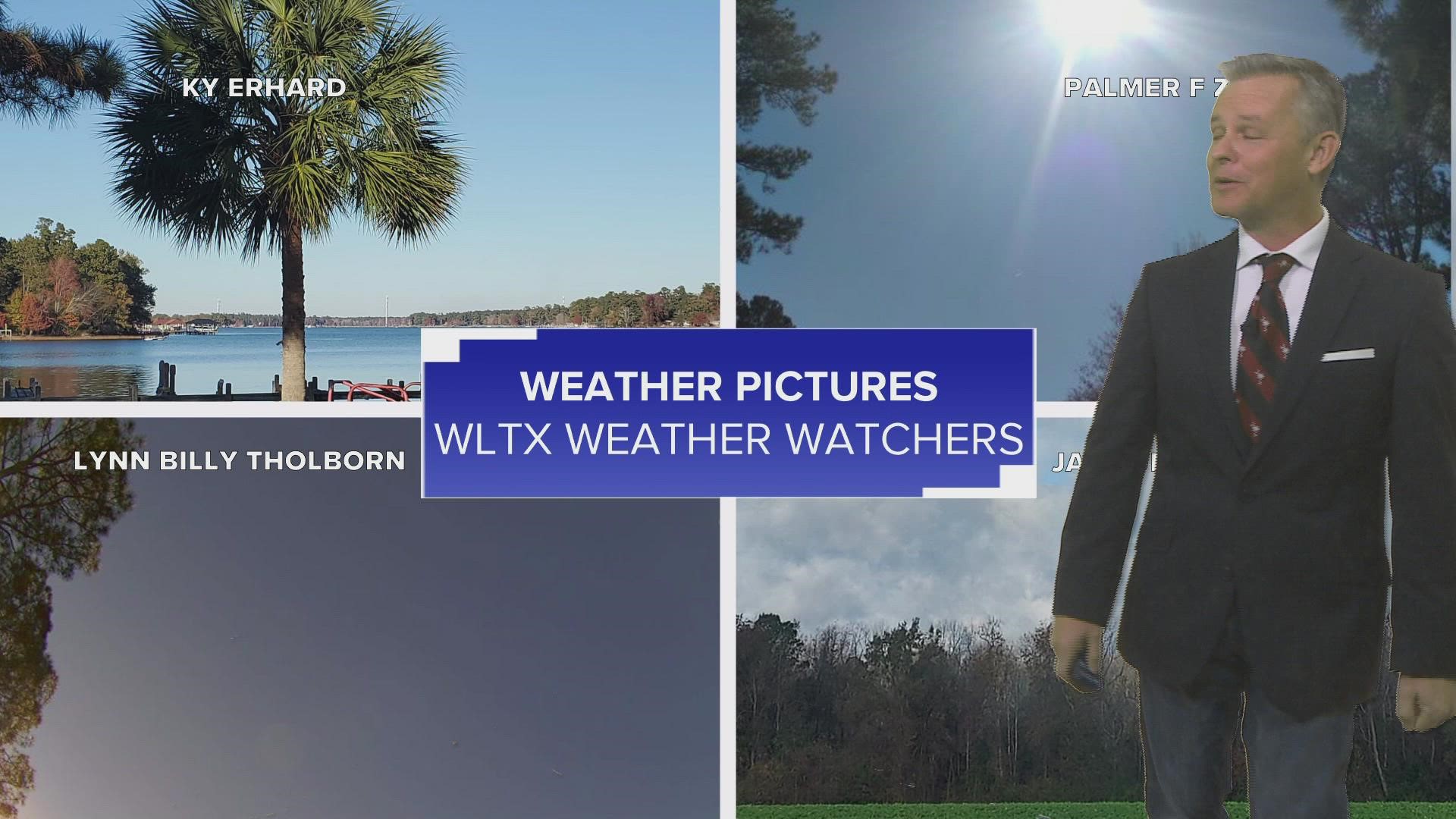