The science behind why hurricanes spin

The counter clockwise motion can be attributed to the Coriolis effect. 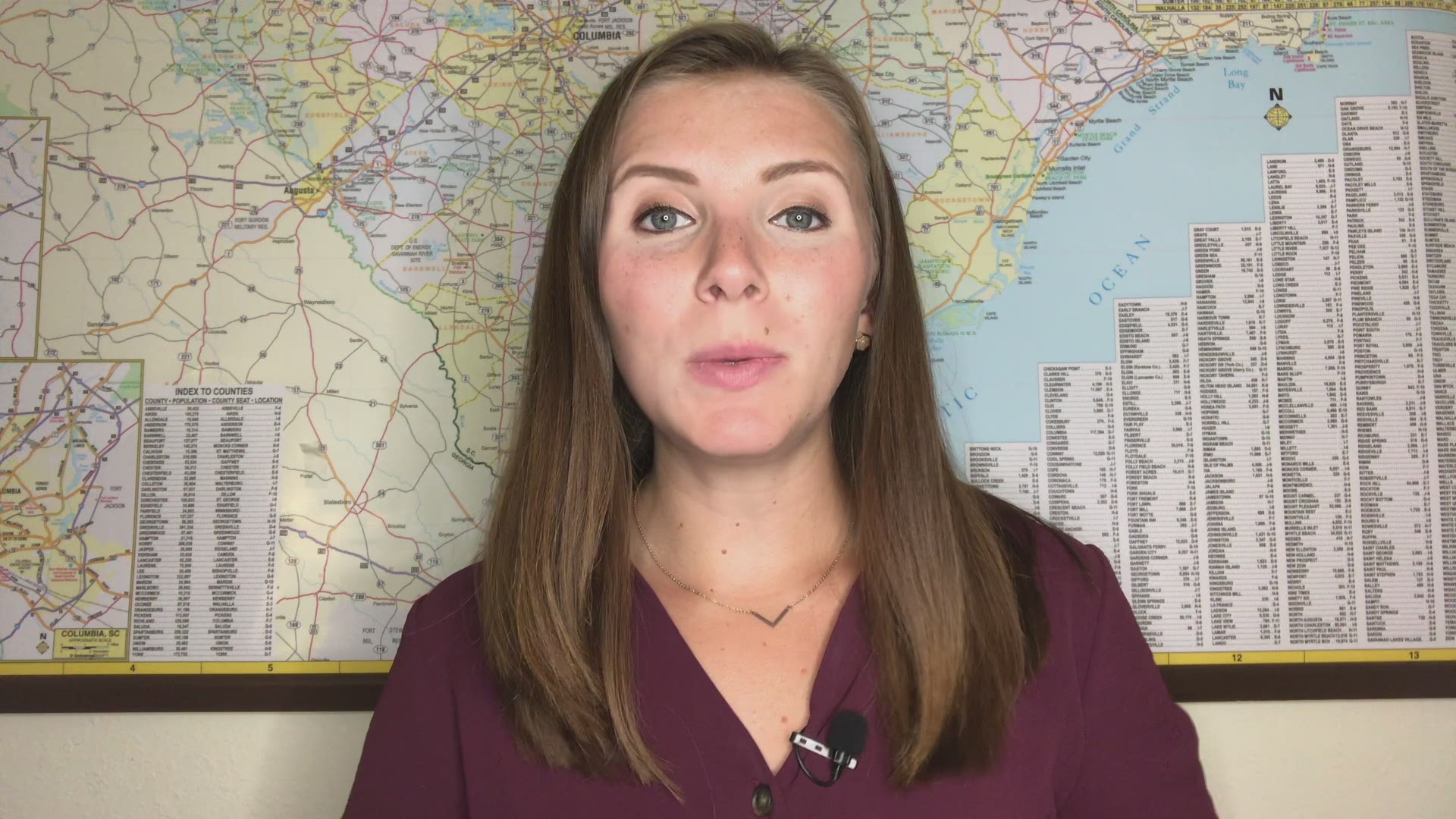 COLUMBIA, S.C. — We've all seen the images of hurricanes swirling in the ocean from outer space, but have you ever wondered why hurricanes spin?

The answer is the Coriolis effect.

As the Earth spins, an object on the Equator must move much faster than an object closer to the North Pole. This is because the equator is bigger in diameter, so there is more distance that object needs to travel over the same period of time.

This inequality of speeds between the equator and other locations on Earth is the reason behind the Coriolis effect.

If you were to throw something from the Equator directly north, it would continue with that same velocity from the Equator. As the Earth continues to spin, it would appear that the object "turns" to the right.

The same thing happens in the Southern Hemisphere, except objects get turned to the left.

So now that we understand the basics of the Coriolis effect, let's talk about hurricanes.

Hurricanes area essentially areas of low pressure. Air always likes to travel from high to low pressure, so it will move toward the storm.

As the air moves to the storm, in the northern hemisphere, it will get turned to the right. This then creates a spinning motion that is counter clockwise.

If you want to try and make a hurricane at home with the kids, there is an easy way to do it! Here's what you need.

Spin the water in your bowl with your spoon or spin the lazy susan with the bowl on top of it. After a few seconds, drop one or two drops of food coloring into the bowl. You'll see it start to spin with the motion of the water and eventually begin to look like a hurricane. You may even see an "eye" or some outer "rain bands".

RELATED: A fireworks alternative and experiment for the kids