This is the wettest winter on record in the SC Midlands. Here's how it compares to last winter

It was warm, it was rainy, it was Winter. As eyes turn to spring, we take a look back at how how cold, warm, and wet it got. 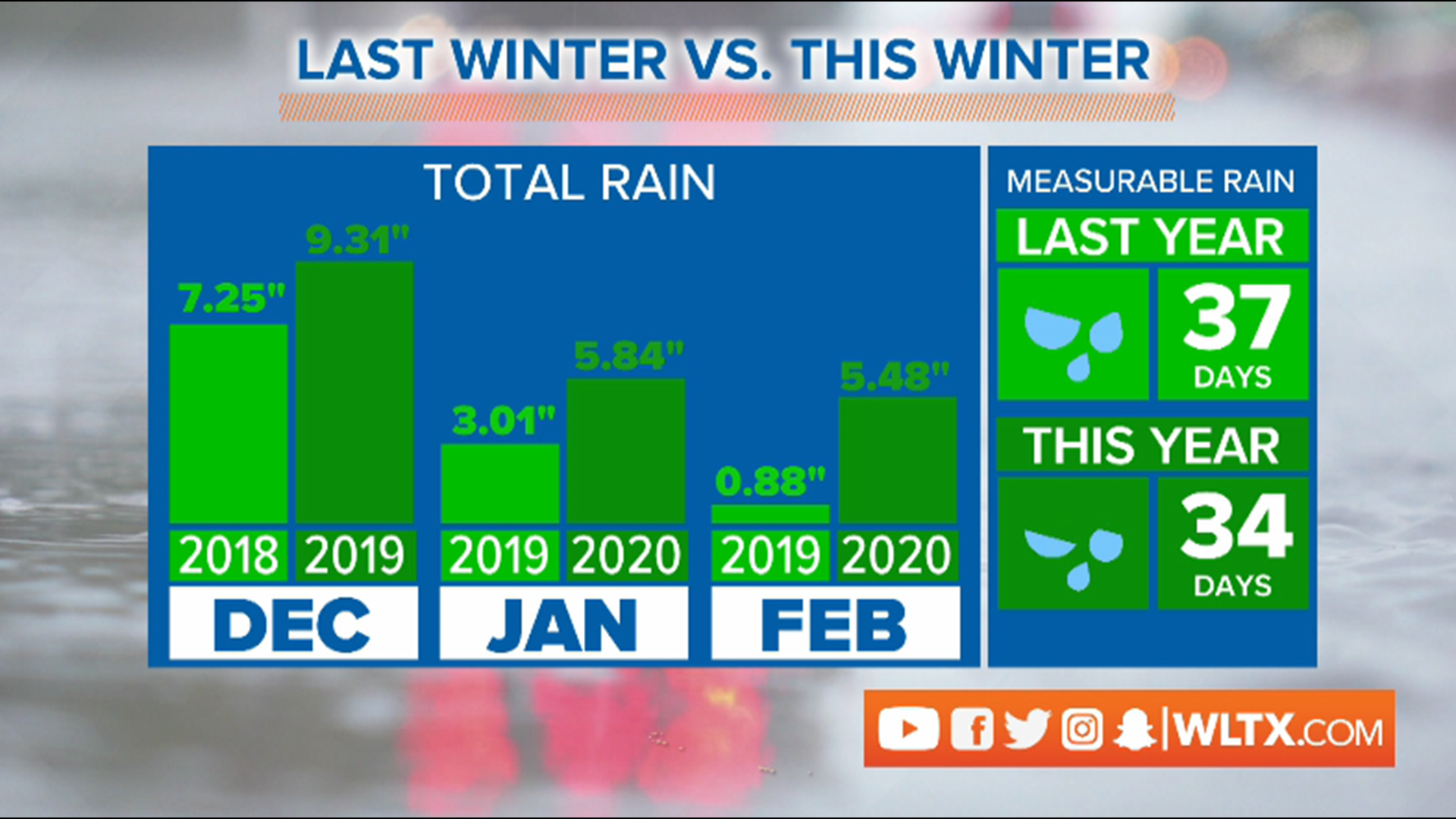 COLUMBIA, S.C. — The Winter of 2019-2020 will go down on the record books as the wettest on record for Columbia, SC. More than 20 inches of rain recorded in Columbia from December through February. Once again, it was a warm winter. Temperatures never dropped below 23 degrees which has only happened 10 other times on record. Last winter was mild too. We compared the two and here's what we found!

It sounds like an easy question, but the answer depends on who you ask. Astronomical winter is what most people go by because those are the dates you see on the calendar. Winter starts on the Winter Solstice and ends on the Vernal Equinox. The dates vary slightly from year to year, but this year astronomical winter began on December 21st and ends on March 19th.

Meteorological winter ignores the amount of daylight and instead identifies the season as the average coldest months of the year - December, January, and February. This definition makes it easier to compare seasons from year to year because the dates don't change. It makes more sense to call early March spring in the southeast because threats of winter weather are very low in March.

For the purpose of this article, we're using meteorological winter, which is officially over when the clock strikes midnight on Sunday, March 1st.

The winter of 2018-2019 in Columbia was very mild. Every month recorded temperatures above average and the winter low was 22 degrees. The warmest lowest winter temperature on record in Columbia is 25 degrees, so we weren't far off last year. Temperatures soared to 83 degrees last winter in February. December was very wet with over 7 inches of rain in Columbia, but January and February reported lower than average rainfall.

How does this winter compare?

The winter of 2019-2020 reported warmer than average temperatures each month again, but the departure from the average was even higher this winter than last winter. The warmest winter day was 79 degrees which was 4 degrees colder than last year's warmest day. The coldest winter morning was 23 degrees this year which is the top 10 mildest on record in Columbia's 130 year old record book.

This winter recorded more rain than any other winter on record in Columbia. December tied the record for all time rainiest in Columbia, then January and February showed up with more than 5 inches of rainfall - the average is closer to three. In three months, Columbia recorded almost 6 months of rainfall! Each month this winter was wetter than last winter, but last winter reported more days with rain than this winter.