Tropics are quiet, but hurricane season is not over yet

The National Hurricane Center is monitoring one area in the Atlantic. 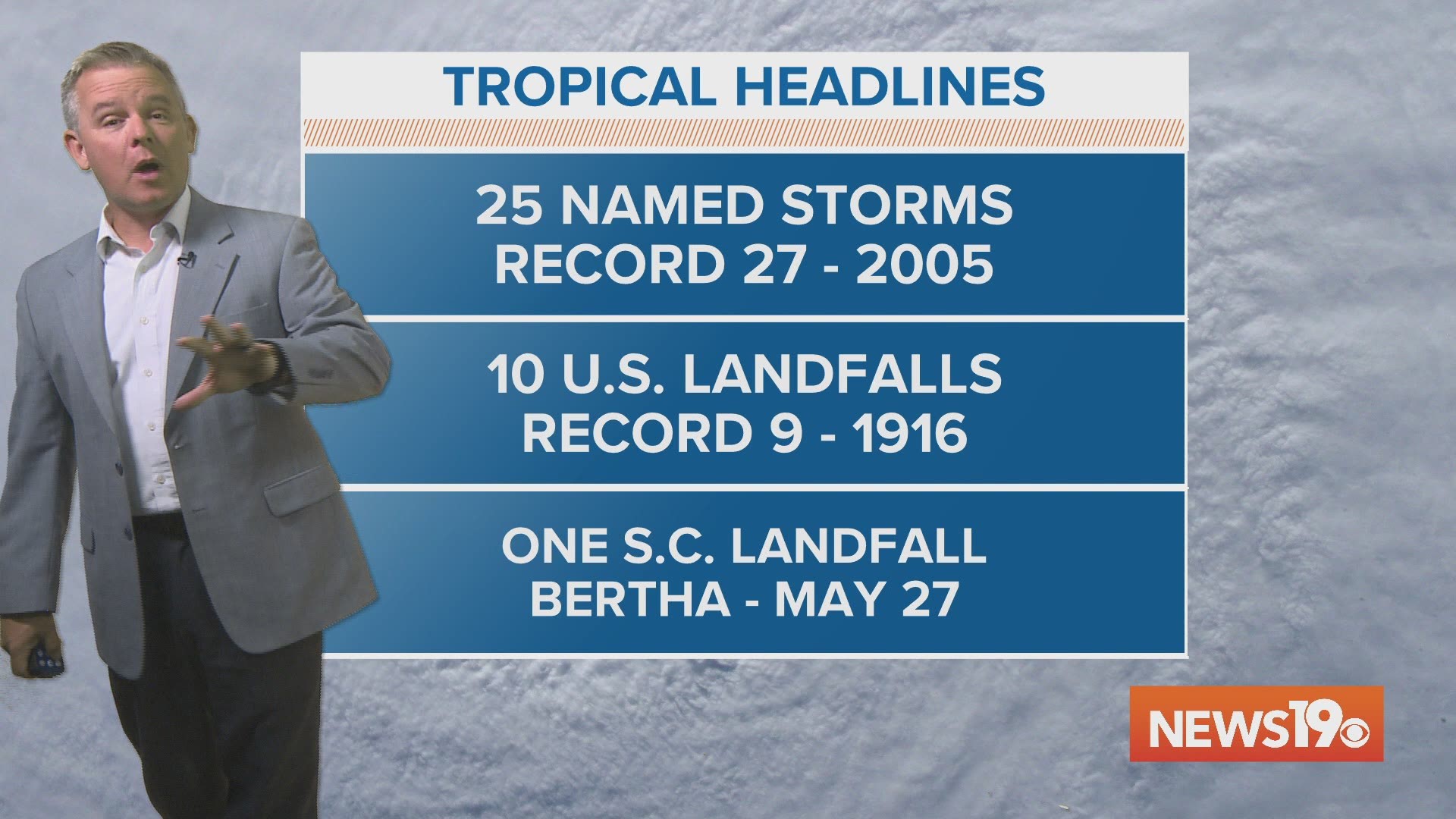 COLUMBIA, S.C. — There is still over six weeks left in hurricane season, and the tropics are relatively quiet as of right now.

The National Hurricane Center is monitoring one area in the Atlantic. They are watching an area of low pressure several hundred miles east of the Lesser Antilles.

This low continues to produce a large area of disorganized showers and thunderstorms, mainly to the east of its center. Strong upper-level winds are expected to inhibit further development while the low moves west-northwestward over the next few days.

Regardless of development, this low may produce locally heavy rainfall across portions of the central and northern Lesser Antilles today, the Virgin Islands and Puerto Rico on Thursday, and Hispaniola on Friday.

The NHC gives this low a 10% chance of further development over the next two days.

So far, we have had 25 named storms during the 2020 Atlantic hurricane season. The record for named storms is 27. That record was set in 2005.

RELATED: A sunny, mild day, cooler weather for the weekend

Only one storm has made landfall in South Carolina this year. Tropical Storm Bertha made landfall just east of Charleston in late May.

Hurricane season does not officially end until November 30, but storms can develop after the end of the season.

The last December storm was an unnamed, subtropical storm near the Azores. This occurred in 2013.

RELATED: Hurricanes getting stronger due to climate change