It will likely be the 11th named storm to hit the United States this season. 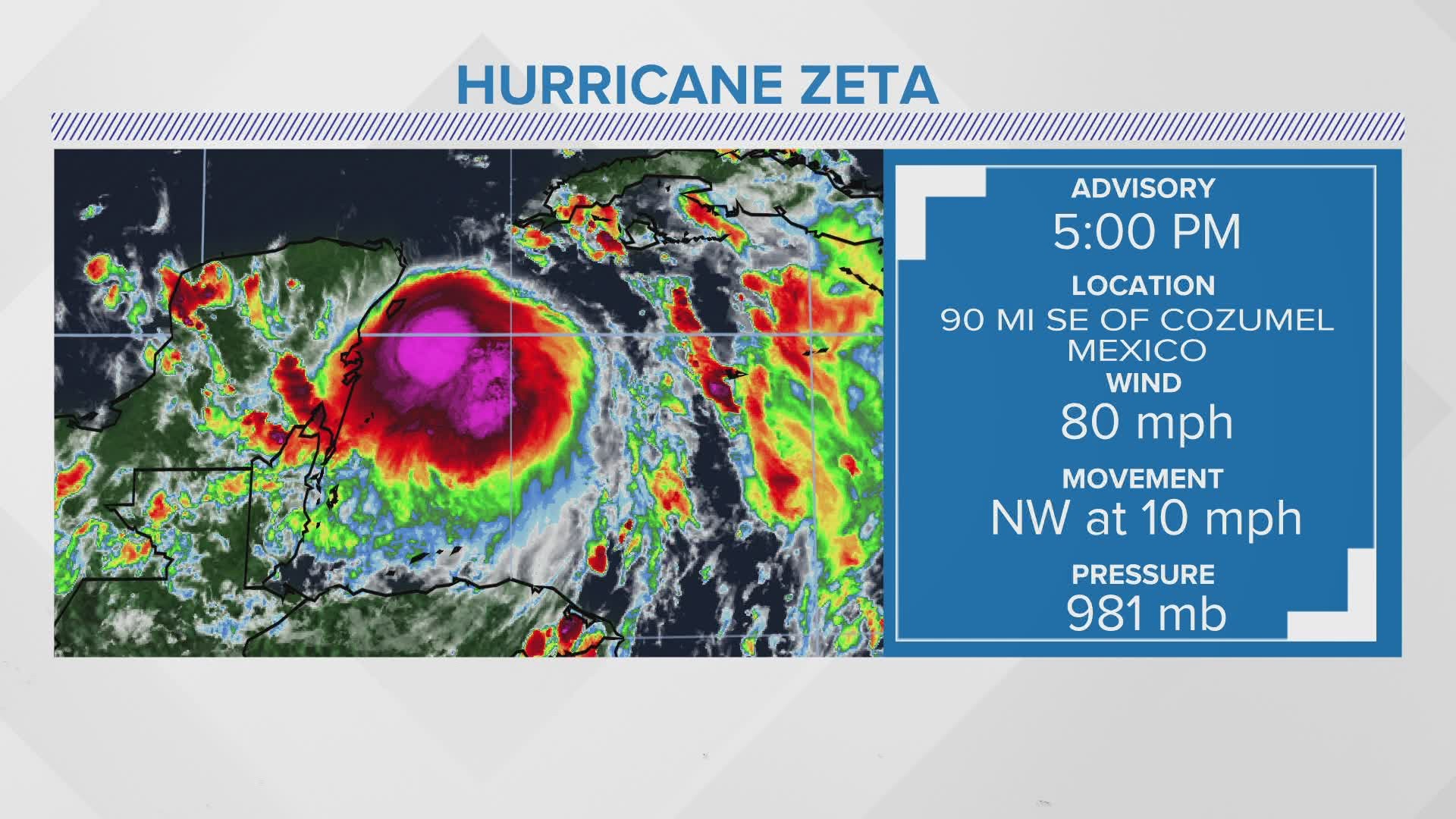 Monday night, the storm had winds of 80 mph with higher gusts. The storm was moving northwest at 13 mph.

Hurricane conditions and life-threatening storm surge are possible along portions of the northern Gulf Coast on Wednesday.

A hurricane watch is in effect from Morgan City, La, to the Mississippi/Alabama border, including Lake Pontchartrain, Lake Maurepas, and metropolitan New Orleans.

A tropical storm watch is in effect from the Mississippi/Alabama border to the Okaloosa/Walton County Line, Florida, and from west of Morgan City to Intracoastal City.

Residents in the watch areas should follow any advice given by local officials.

Zeta will likely become the 11th named storm to strike the United States this year. This is a new record. The old record was nine named storms set in 1916.

Zeta will eventually turn more towards the northeast. Between Tuesday night and Thursday, heavy rainfall is expected from portions of the central Gulf Coast into the southern Appalachians and Mid-Atlantic States in advance of Zeta.

Heavy rain is expected for the Upstate Thursday. Rain is expected to be less widespread with Zeta's current forecast path, but strong storms are still possible for the Midlands.

Any rain should move out of the area very early Friday morning. High pressure will build into the area. Friday and Saturday will be mostly dry and cooler.

High temperatures Friday will be in the lower to middle 70s. Halloween will be even cooler with highs in the middle 60s.