One area in the Atlantic being watched

Hurricane season officially ends on November 30, but activity can continue after that date. 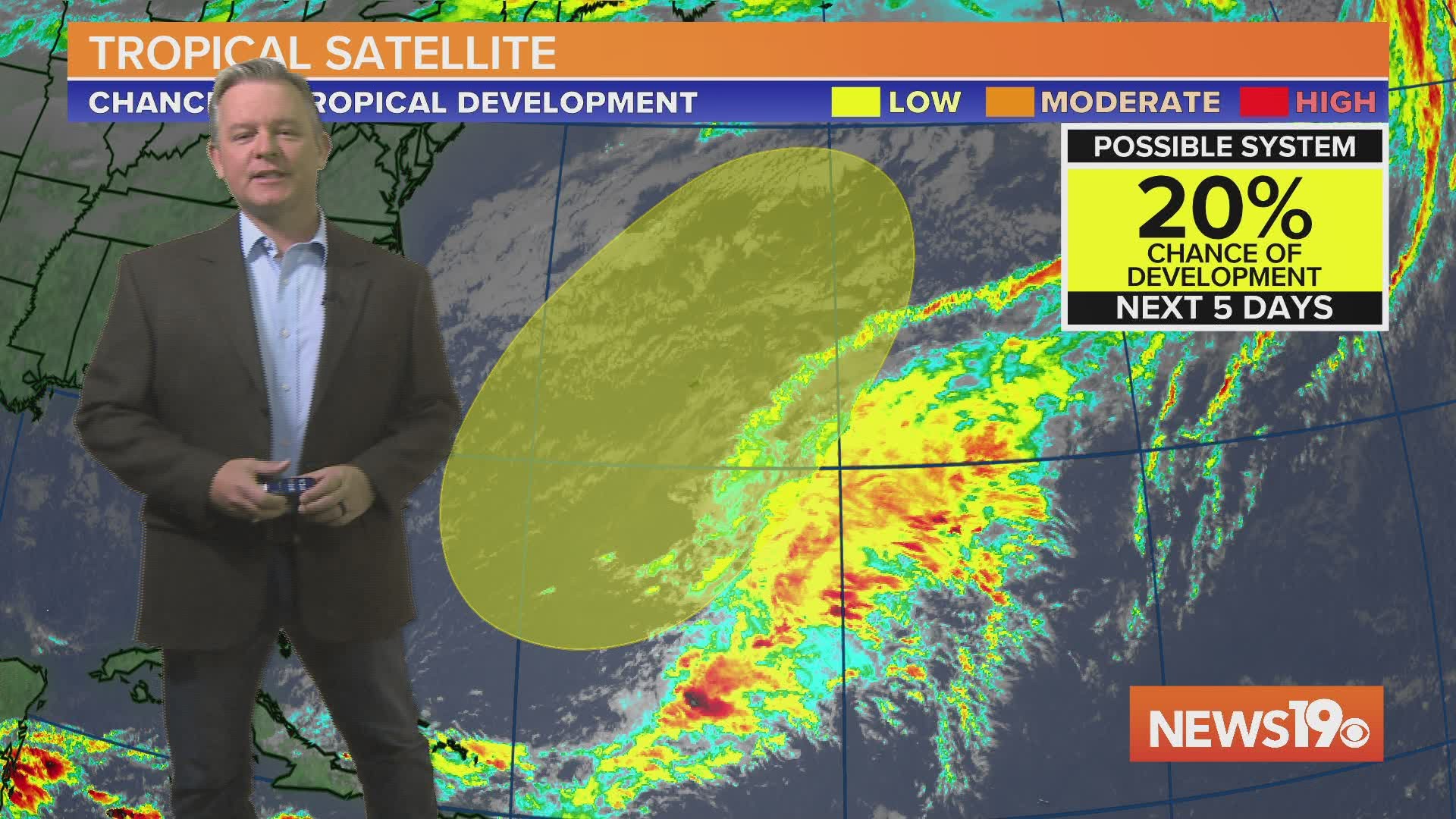 For the first time since October 31, there are no active tropical systems in the Atlantic, but there is one area still being watched.

Things are relatively quiet in the tropics right now, but the National Hurricane Center is monitoring one area in the Atlantic for possible development.

A non-tropical area of low pressure could form between the Bahamas and Bermuda by early next week.

The system could gradually develop subtropical characteristics through the middle of next week while it moves northeastward over the western Atlantic.

The NHC gives this area a 20% chance of further development over the next five days.

In the short-term, over the next two days, no tropical development is expected.

So far, there have been a total of 31 tropical or subtropical cyclones, 30 named storms, 13 hurricanes, and six major hurricanes, including one Category 5 hurricane.

It is also the second tropical cyclone season to feature the Greek letter storm naming system, the first being the 2005 season.

Of the 30 named storms, 12 made landfall in the continental United States, breaking the record of nine set in 1916.

This season featured six U.S. landfalling hurricanes, tying with 1886 and 1985 for the most in one season.

Hurricane season officially continues until November 30, but activity can continue after that date.

RELATED: Hurricanes stay stronger longer after landfall than in past, study says