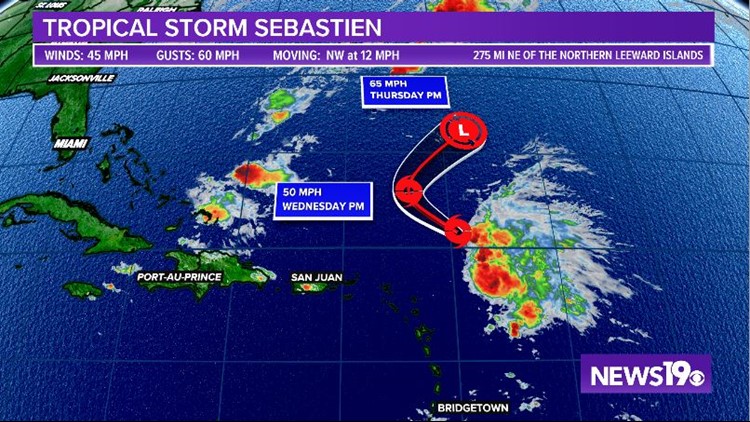 COLUMBIA, S.C. — Tropical Storm Sebastien officially formed Tuesday morning in the Atlantic. It is the 18th named storm of the 2019 Atlantic hurricane season.

The storm had maximum sustained winds of 45 mph Tuesday afternoon. It was moving northwest at 12 mph.

It was located about 275 miles northeast of the northern Leeward Islands. Tropical storm force winds extend up to 105 miles from the center of circulation.

Some strengthening is possible over the next day or so, but the storm will be absorbed by a cold front in a few days.

It is expected to remain over open water. No watches or warnings are in effect with this storm.