Hurricane watches issued for parts of the Gulf Coast

Delta is expected to become a major hurricane again over the open waters of the Gulf of Mexico. 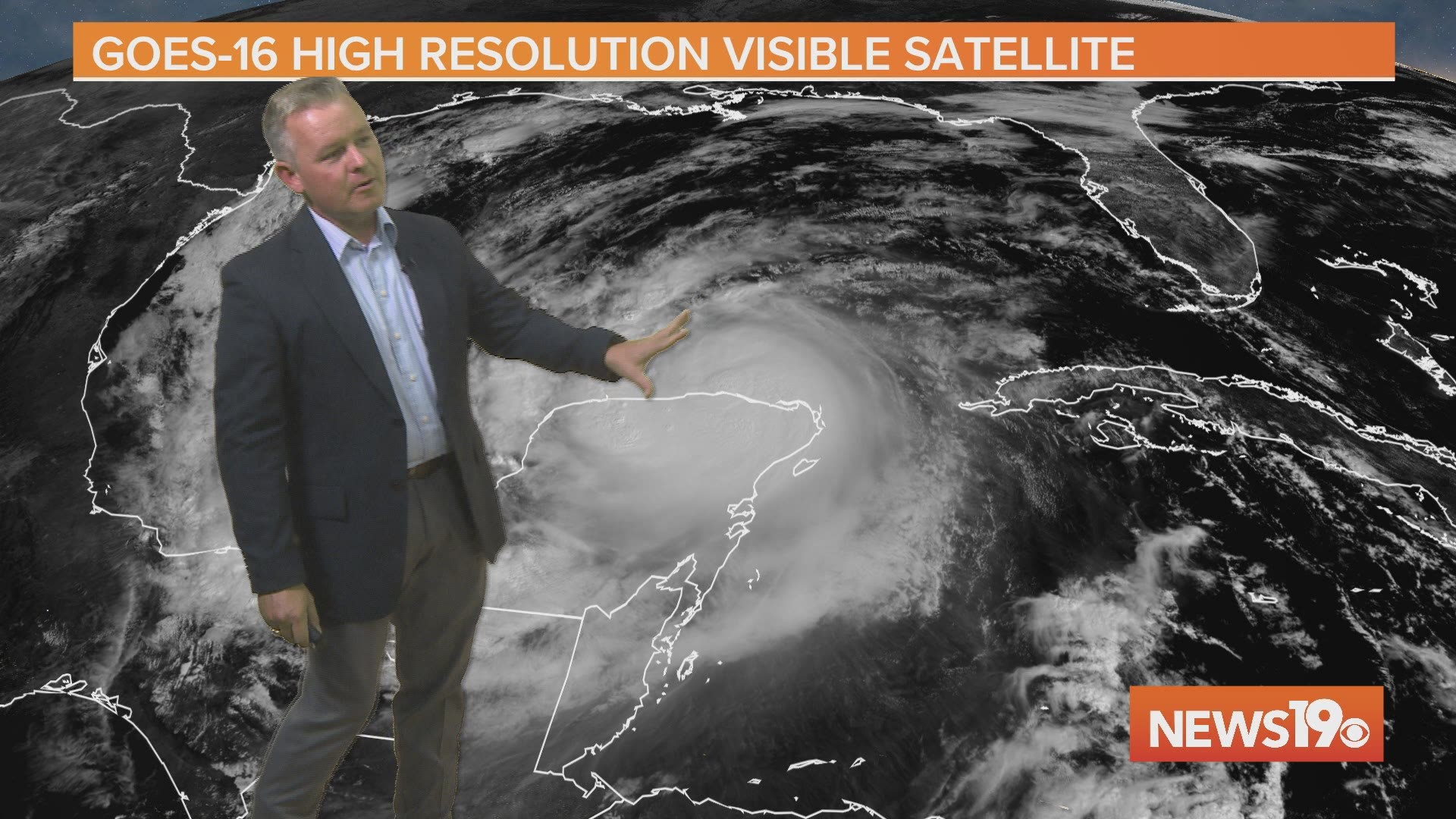 COLUMBIA, S.C. — Hurricane Delta made landfall early Wednesday. It has weakened a little, but it is still a dangerous storm. The storm had maximum sustained winds of 110 mph with stronger gusts as it hit the Mexican coast.

Delta made landfall around 5:30 AM CDT along the northeastern coast of the Yucatan Peninsula near Puerto Morelos as a Category 2 storm.

The 11 AM advisory indicated Delta had winds of 105 mph with stronger gusts. It was moving northwest at 17 mph.

Delta is forecast to approach the northern Gulf Coast later this week as possibly a major hurricane.

There is an increasing likelihood of life-threatening storm surge and dangerous hurricane-force winds, especially along the coasts of Louisiana and Mississippi, beginning on Friday.

A hurricane watch has been issued for the northern Gulf Coast from High Island, Texas, eastward to Grand Isle, Louisiana.

A Tropical Storm Watch has been issued along the Texas coast from west of High Island to San Luis Pass.

A Tropical Storm Watch has also been issued along the northern Gulf coast from east of Grand Isle, Louisiana, to Bay St. Louis, Mississippi, including New Orleans, Lake Pontchartrain and Lake Maurepas.

Residents of these areas should ensure they have their hurricane plan in place and follow advice given by local officials.

Flash, urban, and small stream flooding, along with minor river flooding is likely Friday through Saturday across portions of the central Gulf Coast north into portions of the Lower Mississippi Valley.

As Delta moves farther inland, additional heavy rainfall is expected in the Ohio Valley and Mid Atlantic this weekend.

RELATED: Hurricanes getting stronger due to climate change

The heavy rainfall will spread northeastward into the Tennessee Valley and interior southeastern United States this weekend into early next week.

Showers and some heavy rainfall will be likely for the Midlands over the weekend. The better chances for rain will be in the Upstate.