Tropical Storm Fred could impact Southeast US next week

Fred is expected to bring rain and wind to the southeast next week, meanwhile there’s another disturbance, Invest 95-L right behind it that needs to be watched. 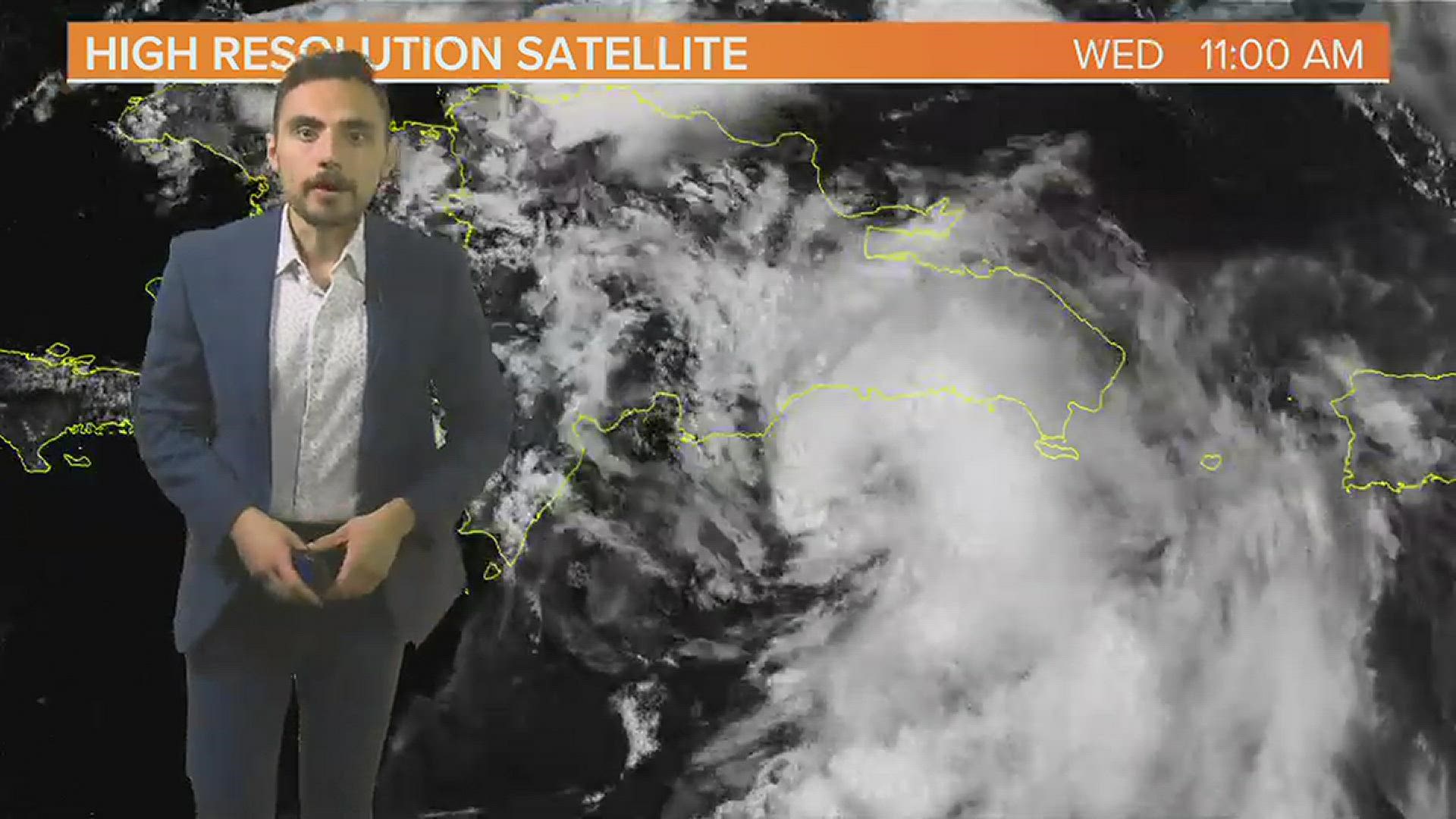 COLUMBIA, S.C. — On Wednesday afternoon, Tropical Storm Fred was near the southern coast of the Dominican Republic and close to landfall. The National Hurricane Center expects the storm to weaken over the mountainous terrain of the islands on Wednesday and slowly strengthen for the end of the week as it tracks closer to Florida. Fred formed on Tuesday evening south of Puerto Rico after previously being designated “Potential Tropical Cyclone Six” by the National Hurricane Center.

Tropical Storm Fred has winds sustained at 45 mph according to the Wednesday 11 AM advisory from the National Hurricane Center which is an increase from 40 mph as of the 8 am advisory. Minimal pressure at 11 am remains at 1006 mb. Tropical Storm Fred formed on Tuesday night at 11 PM as a low end tropical storm south of Puerto Rico.

There is reasonably high confidence that Tropical Storm Fred will track between Cuba and the Bahamas and arrive near the Florida Keys by the end of the week. Next week the storm will likely turn north in the eastern Gulf, but there is much lower confidence in the intensity forecast.

Tropical Storm Fred is expected to interact with mountainous terrain over the Dominican Republic, which will disrupt it’s circulation and cause rapid weakening. The National Hurricane Center expects the storm to be downgraded to Tropical Depression status by Wednesday evening with maximum sustained winds of 35 mph through Thursday morning.

The storm will skirt the northern coast of Cuba on Thursday and Friday. A westerly track would keep the storm over land, which could totally dissipate the storm. An easterly track would be the less ideal scenario because it keeps the storm over the warm waters of the Atlantic allowing more rapid intensification. At this time, the National Hurricane Center expects the storm to arrive near the Florida Keys on Saturday morning as a low end tropical storm with maximum winds of 45 mph.

RELATED: This hurricane season, don’t get swept away with these viral memes - they’re false

Fred is expected to move into the eastern Gulf of Mexico and begin to turn northward on Saturday, potentially making landfall on the northeast Gulf coast overnight on Sunday or sometime on Monday. There is low confidence in the future strength of the storm at this time as it has many hurdles to overcome on it’s way to the United States. As of the Wednesday morning forecast from the National Hurricane Center, winds could be sustained at 65 mph, which is still tropical storm status.

Regardless of how strong the storm is, if it even manages to survive over Hispaniola and Cuba, tropical downpours are expected for South Florida this weekend and for parts of the Southeast next week. There’s a potential for heavy rain next week in South Carolina because of an uptick in tropical moisture from Fred.

Meanwhile in the Central Atlantic, a disturbance is being investigated by the National Hurricane Center for a 40% chance of development over the next 5 days. The storm has been tagged Invest 95-L, and could take a similar path to Fred in the Northern Caribbean early next week.