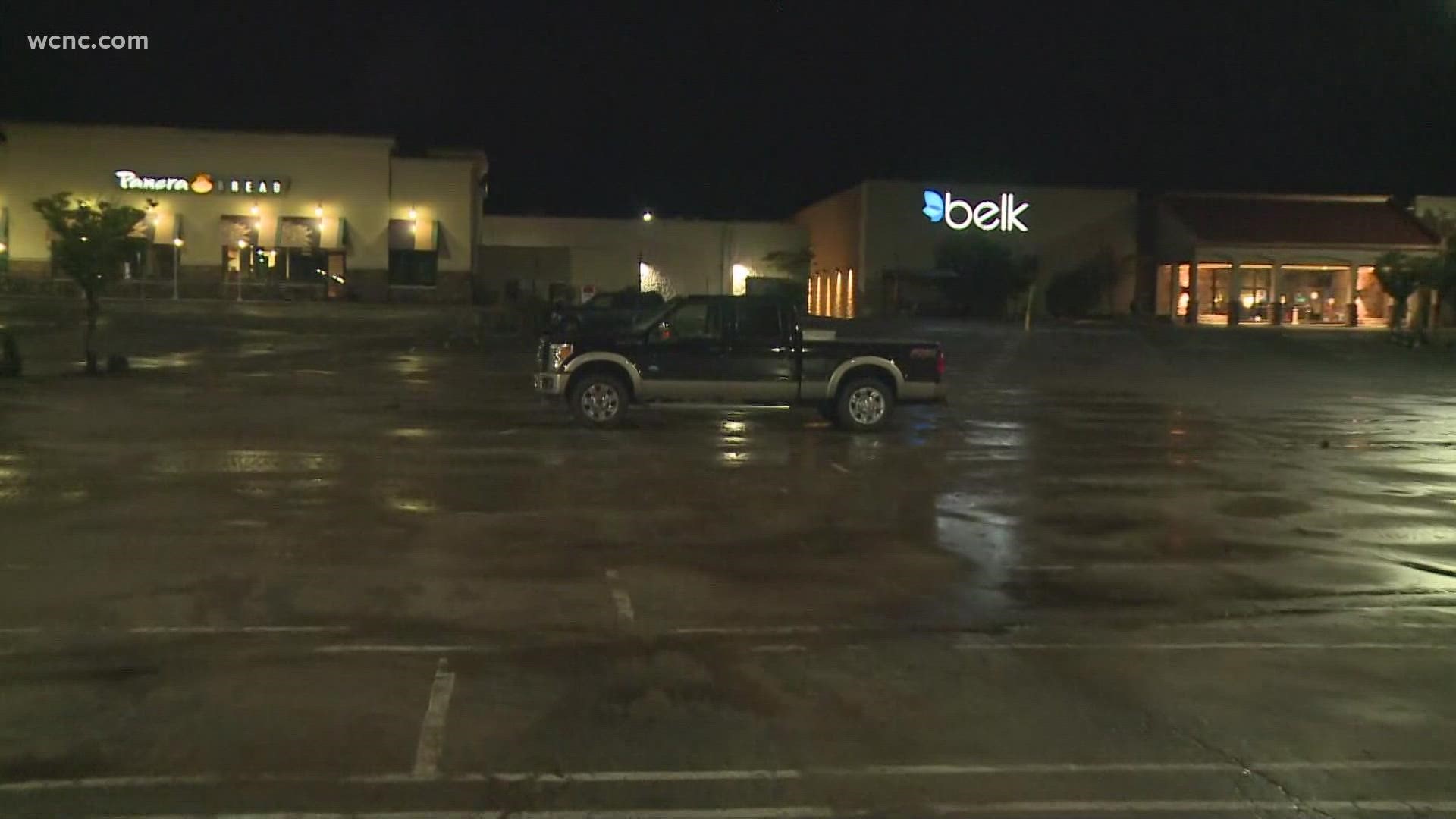 CHARLOTTE, N.C. — Thousands in the Carolinas were without power after severe weather moved through the area Tuesday. Dozens of tornado warnings, at least two confirmed tornadoes, and flooding were all seen across the area after what was left of Tropical Depression Fred moved over the Carolinas.

At 10:44 p.m. Tuesday, the National Weather Service issued a Tornado Warning for Alexander and Iredell counties until 11:15 p.m., but the warning was expired early at 11:05 p.m.

Just after 8 p.m., the NWS issued a pair of tornado warnings: one for York County in South Carolina, the other in Cleveland County, North Carolina. Both warnings expired at 8:45 p.m.

Note: Emergency Management initially told WCNC Charlotte that 122 people were being evacuated from the Linville Land Harbor community, before later clarifying only two to three houses chose to evacuate.

Storm damage was reported earlier Tuesday from possible tornadoes. Around 11:30 a.m., law enforcement in Alexander County reported seeing a tornado on the ground along Old Mountain Road, which is located near the border of Alexander and Iredell county lines.

Brandon Pope recorded a video of that possible tornado and shared the video with WCNC Charlotte.

This same storm is responsible for storm damage to houses and buildings along Smith Farm Road near Stony Point in Alexander County.

"So we all had cell phones and we had them charged, had them with us just in case we needed them," Cindy Wessollek, a resident of Alexander County, told WCNC Charlotte's Brandon Goldner after the storms produced damage Tuesday.

In Caldwell County, trees and powerlines have fallen along McGalliard Falls Ave. in Valdese as a result of the severe storm.

@wxbrad There are trees down between the west side of Valdese and Drexel. I live in Valdese and my home is 1.1 miles from where this possible tornado touched down!

If you find yourself inside a Tornado Warning, you want to get to the most interior room on the lowest level of a sturdy structure. The most ideal location is a basement. In the absence of a basement, examples of safe places include interior bathrooms and closets.

Flash flooding is occurring in the Carolinas as severe, tropical storms from Tropical Depression Fred brings large rain amounts to both North Carolina and South Carolina.

By 6 p.m. Tuesday, more than 6 inches of rain had fallen in portions of the western North Carolina mountains -- and additional rainfall was expected.

In addition to flooding, there is a risk of landslides as a result of the heavy rains.

WCNC Charlotte Chief Meteorologist Brad Panovich cautions the excess rainfall from the mountains will spend days flowing downstream through the rivers of the Carolinas.

🌩️ If you like weather, join Brad Panovich and the WCNC Charlotte First Warn Weather Team on their YouTube channel, Weather IQ. 🎥

RELATED: Could your home flood? Have you checked?