The moisture will increase Monday as a tropical wave approaches the Southeast. 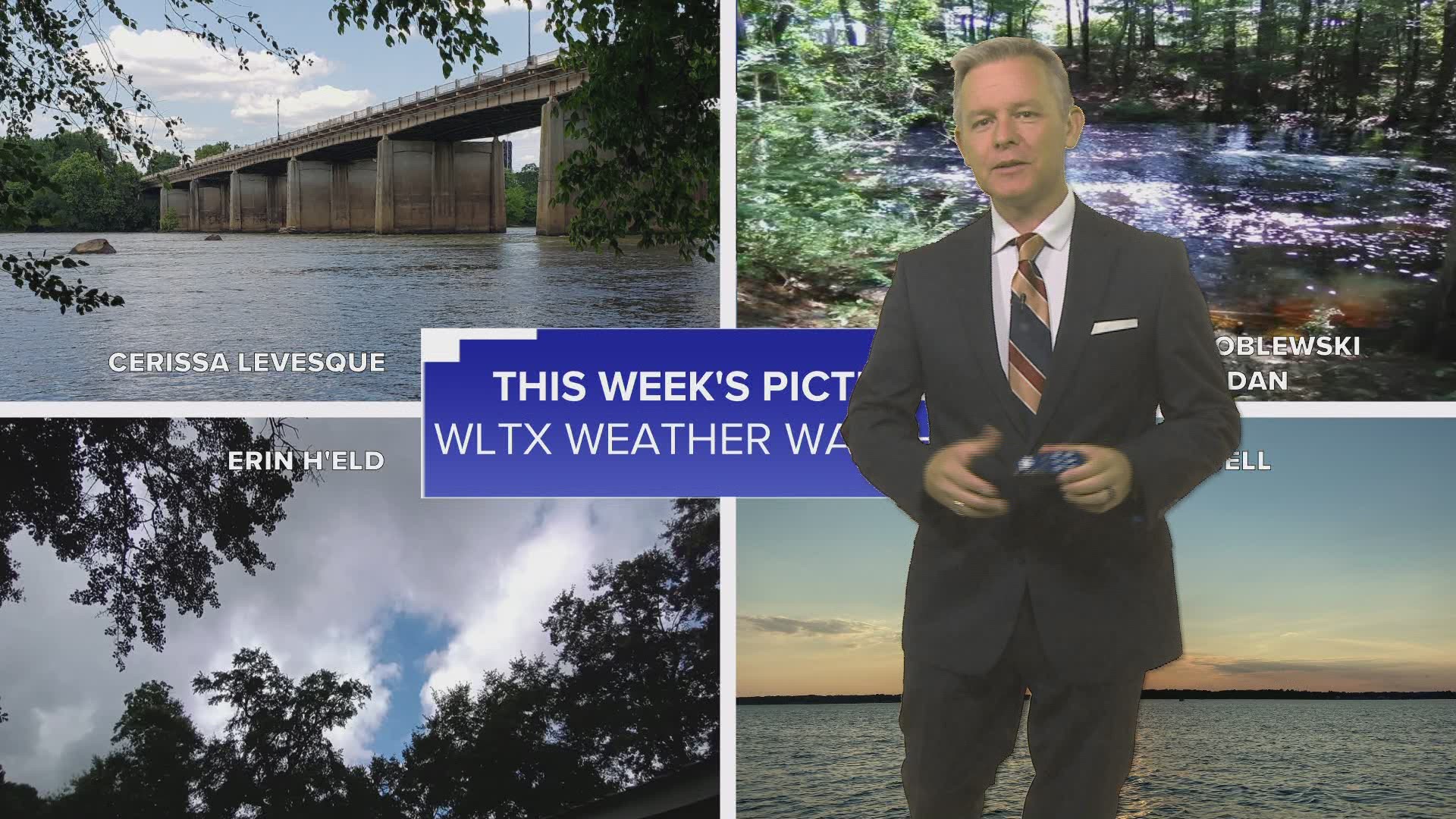 COLUMBIA, S.C. — High pressure in the Atlantic will continue to push moisture into the Midlands. A few stray showers or storms will be possible for Sunday, but the chances for rain will increase Monday as a tropical wave moves west.

Saturday was a few degrees below normal for most areas. Highs reached the upper 80s to lower 90s. Our average high this time of the year in Columbia is 92 degrees.

A few areas, especially in the southern and eastern Midlands, got some shower and thunderstorm activity. Most of the area remained dry.

Some fog will be possible early Sunday morning. Lows will start off in the lower 70s for the second half of the weekend.

A few stray showers or storms will be possible during the heat of the day on Sunday. Highs will reach the upper 80s and lower 90s once again. Even if thunderstorms form, severe weather is not expected Sunday.

A tropical wave located a couple hundred miles south of Bermuda is producing an area of disorganized showers and thunderstorms.

Some additional slow development could occur while the system moves west at 10-15 mph over the next few days, but this is not expected to become a tropical storm.

Regardless of development, this will likely increase the moisture and the chances of rain to South Carolina and the Midlands Monday. With the added cloud cover and rain chances, highs may reach 90 degrees for the start of the workweek.

A cold front may approach the state by the end of the workweek and into the weekend. This would increase our chances for showers and storms for the holiday weekend.

Elsewhere in the Tropics:

A tropical wave associated with an area of low pressure is located in the eastern Atlantic about 400 miles south-southwest of the Cabo Verde Islands.

Although shower and thunderstorm activity is disorganized, some slow development will be possible over the next several days while the disturbance moves generally west at 15-20 mph.