Like Texas, South Carolina has a history of Arctic cold 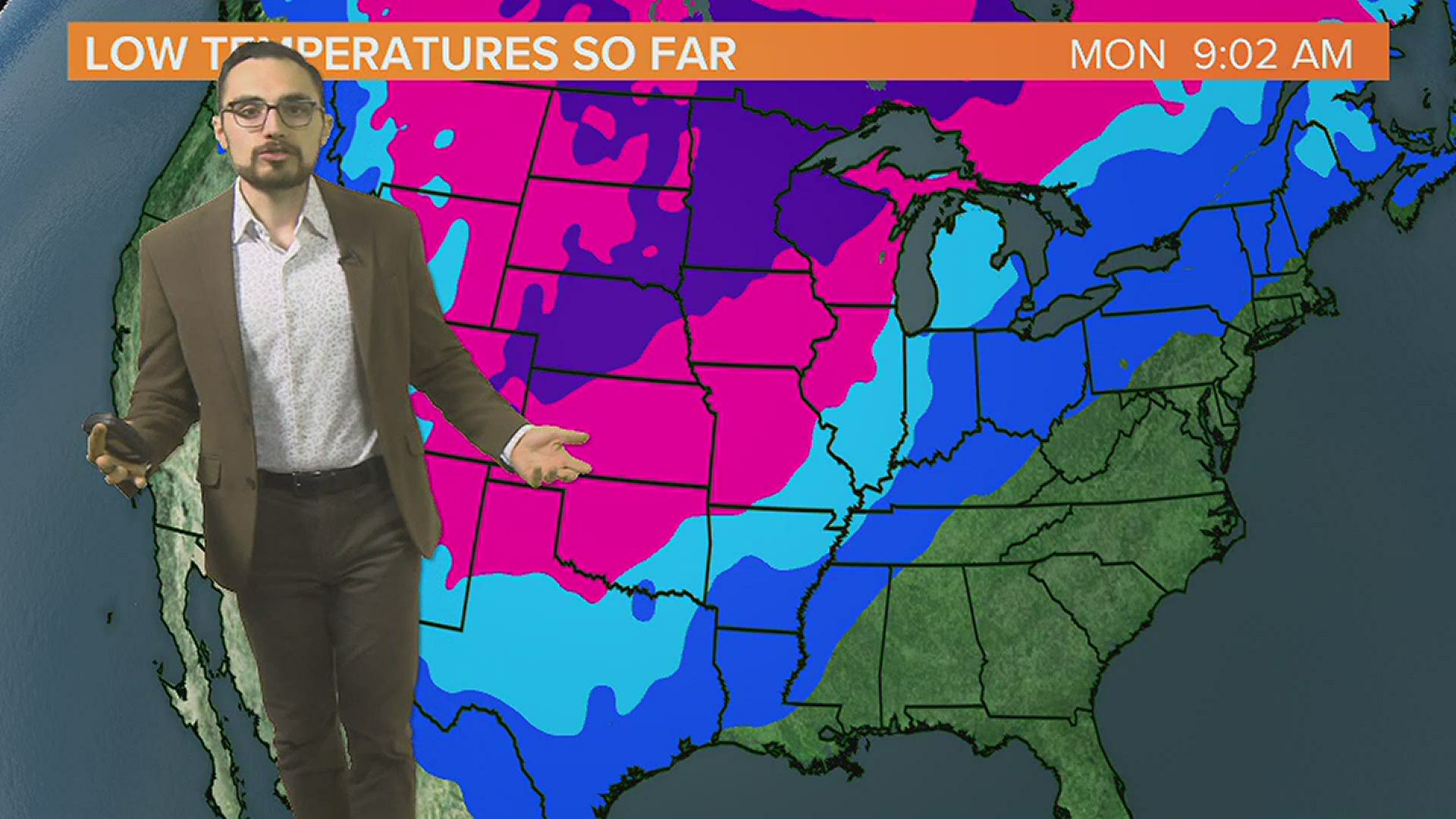 COLUMBIA, S.C. — Arctic air is gripping the central parts of the country. On Monday morning, 7 states were reporting temperatures at or below 0° F in every city. Temperatures dropped below 0°F as far south as Texas with single digit temperatures reported as far south as the border of the US and Mexico. Although South Carolina will not see cold like this anytime soon, it's happened here before and could happen again.

On Monday morning, a combination of record cold and record snow gave residents of the Southern Plains a once in a lifetime winter experience - and all the headaches that go along with it. Temperatures in Houston, Texas dropped to 14 degrees, the coldest on record for February. High temperatures in Houston will remain in the mid 20s, which is a record-breaking 40 degrees below the climatological average February afternoon. In some spots, meteorologists will likely verify new all-time record low temperatures resulting from this arctic outbreak. For everyone else, this is the coldest weather since at least the 1980s.

On the edge of the arctic blast, a winter storm brought as much as 8 inches of snow to parts of southeastern Texas. Snow was reported all the way to the Gulf Coast. Galveston reported measurable snow for only the 3rd time in 40 years. Cameras in the area recorded rare thundersnow on Galveston Island. Farther east, Lake Charles, Louisiana reported thunder-sleet, a stunning contrast to Category 4 hurricane Laura which made landfall in the same area last summer.

While the weather is much milder in South Carolina in comparison to the Southern Plains, we are not always spared the worst of the polar vortex. Columbia, SC has experienced sub-zero temperatures twice in recorded history, 1985 and 1899. On January 21, 1985, numerous cities in our region experienced their all-time lowest temperatures. Orlando, FL dropped to 19F, Savannah and Charleston dropped into the single digits, and sub-zero temperatures were reported across the Midlands and into Southern Georgia. South Carolina broke a new state low temperature record, -19F in Caesars Head, that’s almost 20 degrees below zero.

The geography of the southeast makes it one of the most favorable places in the world for big temperature swings. There are few mountain ranges or large bodies of water to moderate air that is displaced from the Arctic. Even in a warmer world, Arctic air will be displaced, and when it travels deep enough into the south, it will challenge records. Columbia, SC hasn’t dropped into the single digits since 1986, and temperatures have stayed above 20F for the past 3 years. We could go many more decades before we see something similar to Texas’s arctic outbreak, but it will happen here someday.