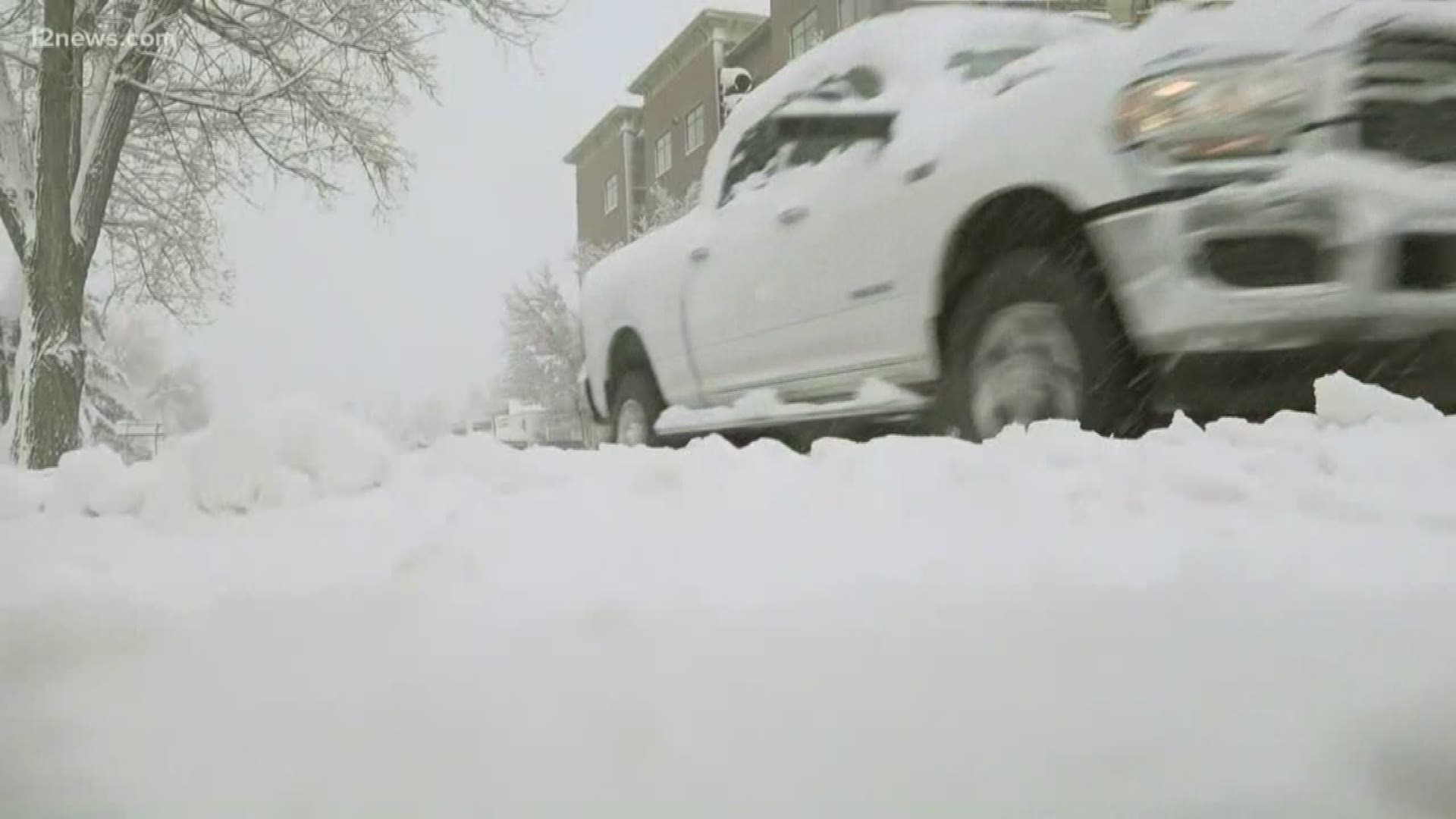 A storm system that came into the state late Thursday night dropped precipitation across Arizona, moving out of the High Country around Flagstaff and toward the Rim Country.

The heavy snow knocked out the power for nearly 2,000 people in northern Arizona around 5 a.m., the APS outage map shows. Power wasn't expected to be restored until around 6 p.m. 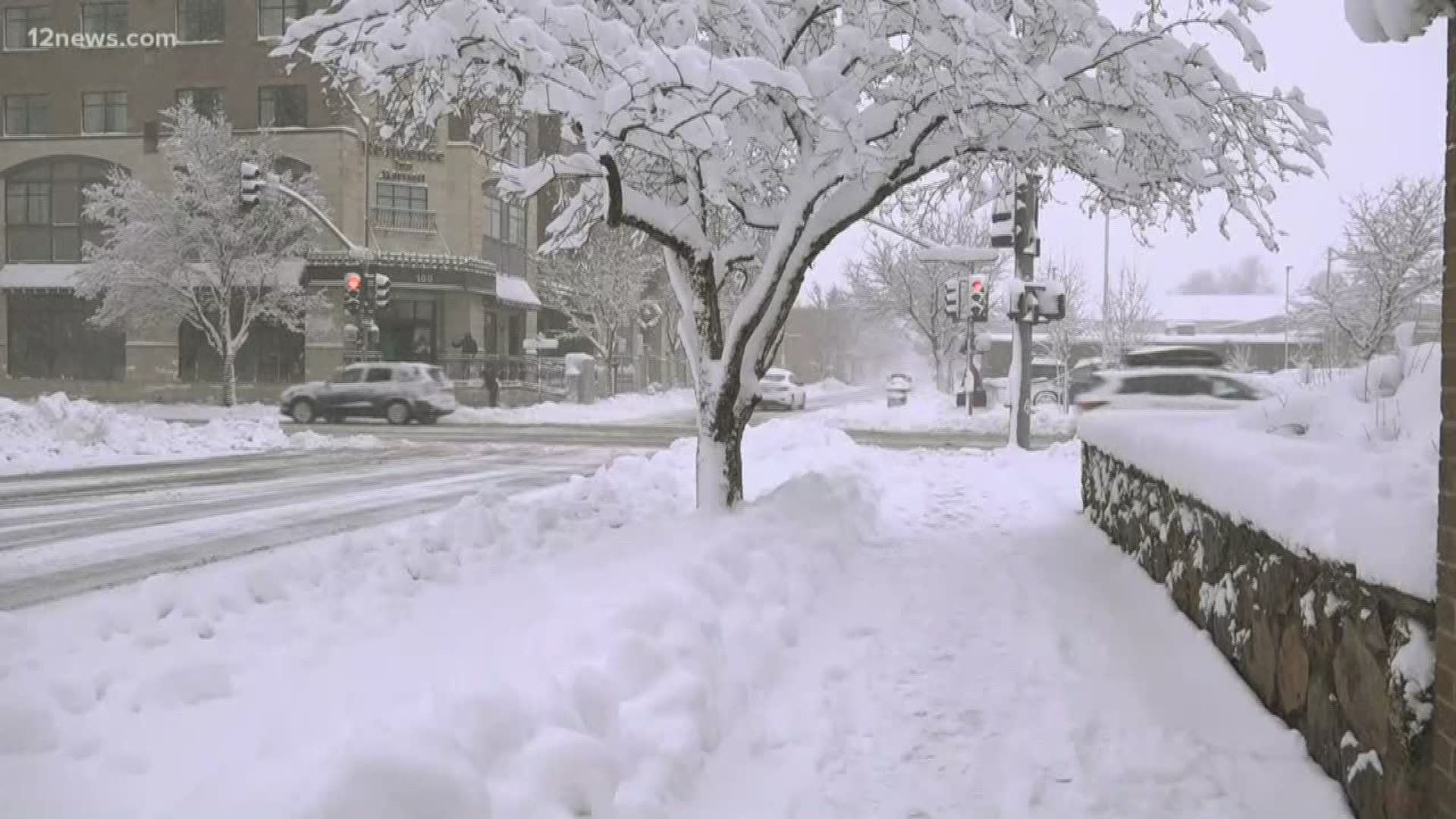 Three other highways have also reopened – including State Route 89 between Drake and Ash Fork, US 60 between Globe and Show Low and State Route 66 between Kingman and 20 miles west of Seligman.

Highway 260 from Payson to Heber reopened a few hours later.

RELATED: Severe weather continues its push through the state

Road closures throughout the state include:

The National Weather Service office in Bellemont saw between 3.5"-4" fall in a single hour earlier this morning.

Tusayan near the Grand Canyon saw at least 14 inches on the ground from the slow-moving storm.

But if you didn't have to go out, the snow made for pastoral landscapes. Like this one: