Why Wednesday stayed cold in the Midlands

Our forecast called for temperatures in the 50s, but the fog didn't lift and Columbia stayed in the 40s. Here's how the mountains blocked our warmup. 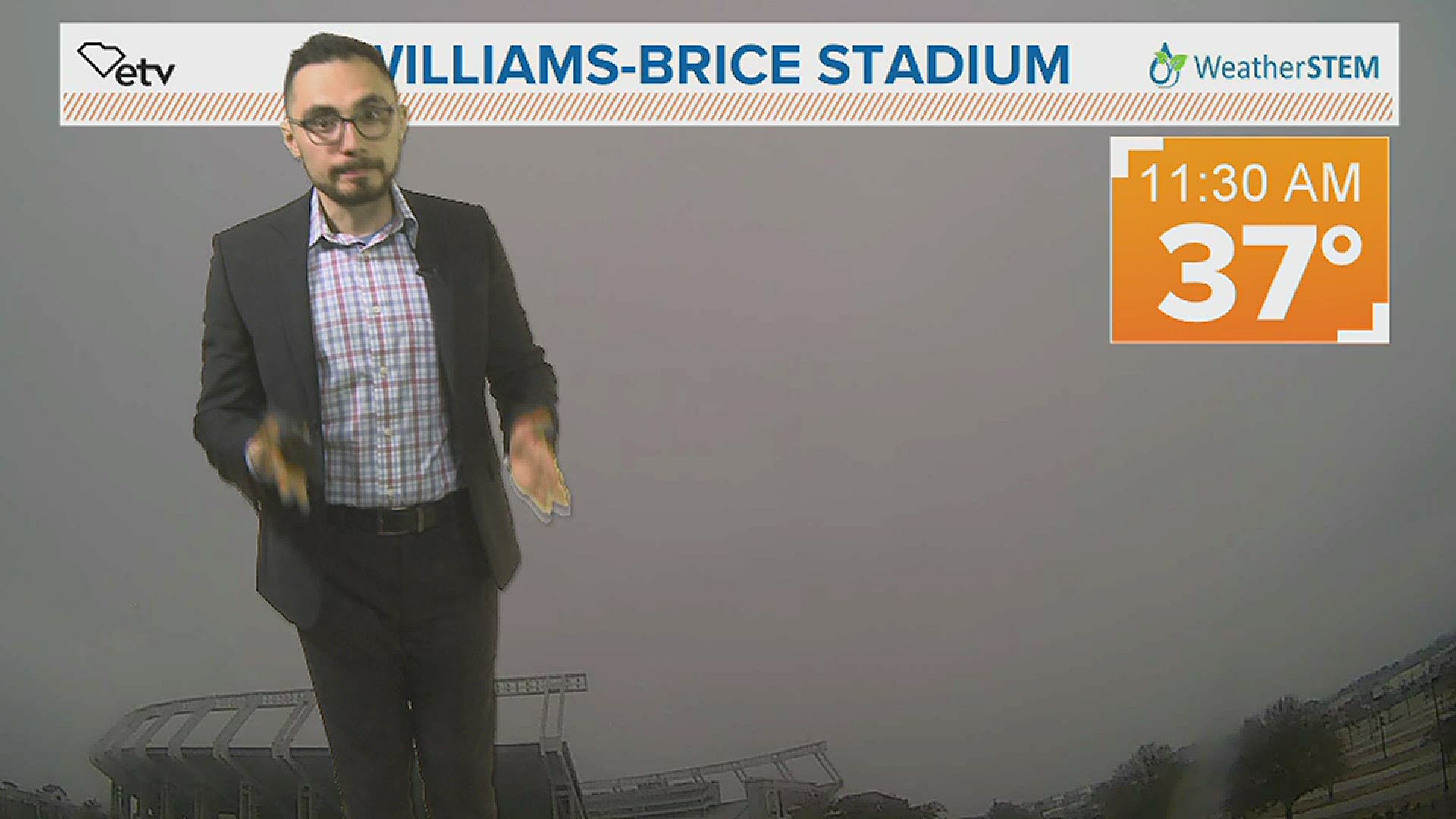 COLUMBIA, S.C. — It happens from time to time, we make a forecast and it doesn't pan out. Our forecast on Wednesday called for morning fog and peeks of afternoon sunshine. Instead, the midlands saw fog through the early afternoon with overcast skies all day. Afternoon highs topped out in the mid 40s, which was about 10 degrees colder than expected. In the spirit of full transparency, we took a look at what went wrong with the forecast on Wednesday.

Cold air damming, also known as CAD or "the wedge", is one of the most common reasons for a forecast bust east of the Appalachians. When conditions are right, cold air persists on the foothills of the Appalachians. On Wednesday, we expected cold air damming to keep fog and cold air around through lunchtime and then erode into mostly cloudy skies and milder air for the afternoon. Our forecast was correct for the southern Midlands, but the milder air didn't overcome the pocket of cold for the rest of us.

RELATED: How cold air damming affects weather in the Midlands

On Wednesday morning, easterly breezes brought humid and chilly air from the Atlantic into South Carolina. As expected, areas of dense morning fog developed across the Midlands and the upstate. When the sun rose, the thick layer of clouds kept temperatures from warming up.

Meanwhile, a storm system out west brought air a west breeze into the higher elevations of the upstate. Instead of sinking into the Midlands, the warm air rode right over the pocket of clouds hanging tight over our area. Cold air is more dense so it sinks. The topography of the state (mountains to the west and flat land to the east) acts like a baseball glove. When conditions are right, cold air fits snug in the Midlands leading to low level clouds at the surface and nicer weather above (where we can't see it!).

Wedge events are hard to predict because subtle changes in wind direction can completely erode the cold air pocket or help sustain it through the day. We expected the wedge to remain in place through the morning and then lose its grip in the afternoon. If the days were longer, there may have been time for that to happen.

Although cold air damming events are a forecast challenge, the phenomena isn't unusual for the Midlands in the winter or spring. There is always a source of cold air over the Atlantic this time of the year. If the weather is calm enough higher in the atmosphere, cold air will lock in place anywhere east of the Appalachians including right here in the midlands. When precipitation rides over a cold air damming event, it can create tricky winter weather. On Wednesday showers over Rock Hill turned into sleet when it interacted with the freezing air near the surface.