Move over Elvis, Walt Disney has come to Graceland

For a limited time, Disney fans will be able to see some special items, including some never before seen, from Walt Disney's Archives. 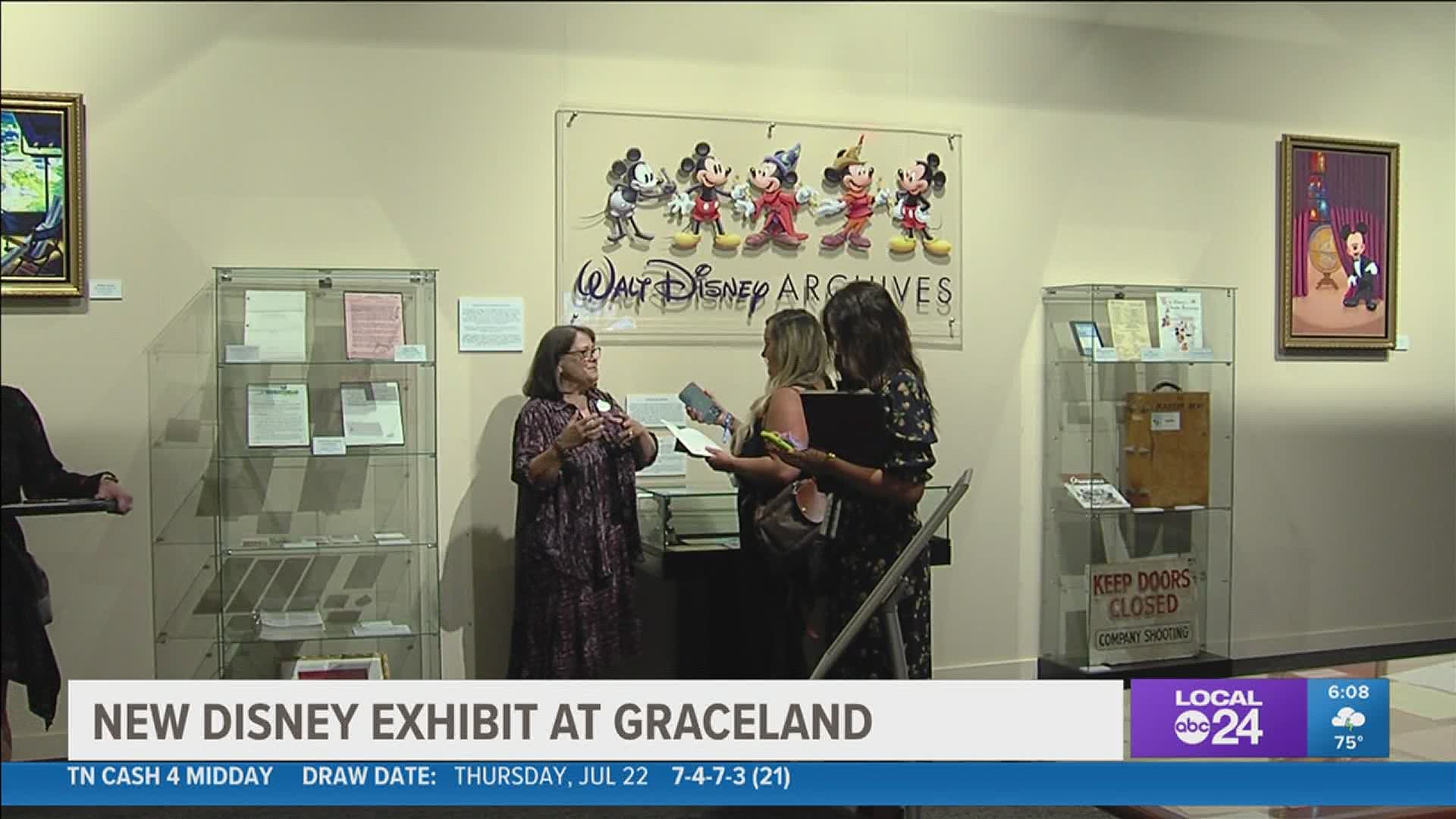 MEMPHIS, Tenn. — Disney calls itself "The most magical place on Earth." Now, some of that magic can be enjoyed in Memphis.

Disney lovers of all ages are invited to enjoy the Walt Disney Archives at Graceland, where they will see a dazzling display of more than 450 objects that tell the story of the Archives, The Walt Disney Company, and Walt Disney himself.

The Inside the Walt Disney Archives exhibition celebrates the legacy of The Walt Disney Company archives, with behind-the-scenes access never before granted to the public.

From nostalgic classics like rarely displayed sketches for Fantasia and ghosts from the Haunted Mansion attraction, to modern-day favorites like a maquette from Frozen and a Wolverine costume, this enchanting exhibition is an immersive treasure-trove the entire family will love.

Some of the highlights of the exhibit include Jack Sparrow's compass from Pirates of the Caribbean: The Curse of the Black Pearl; costumes from Beauty and the Beast, 101 Dalmatians, Pretty Woman, and more; Mary Poppins’ original carpet bag; Wilson from Cast Away; and a prop storybook from Snow White and the Seven Dwarfs.

The exhibit will be at Graceland until January 2, 2022. Click here to buy tickets.