15-year-old celebrated by police department as she graduates high school early and is only a few classes shy from becoming a RN. 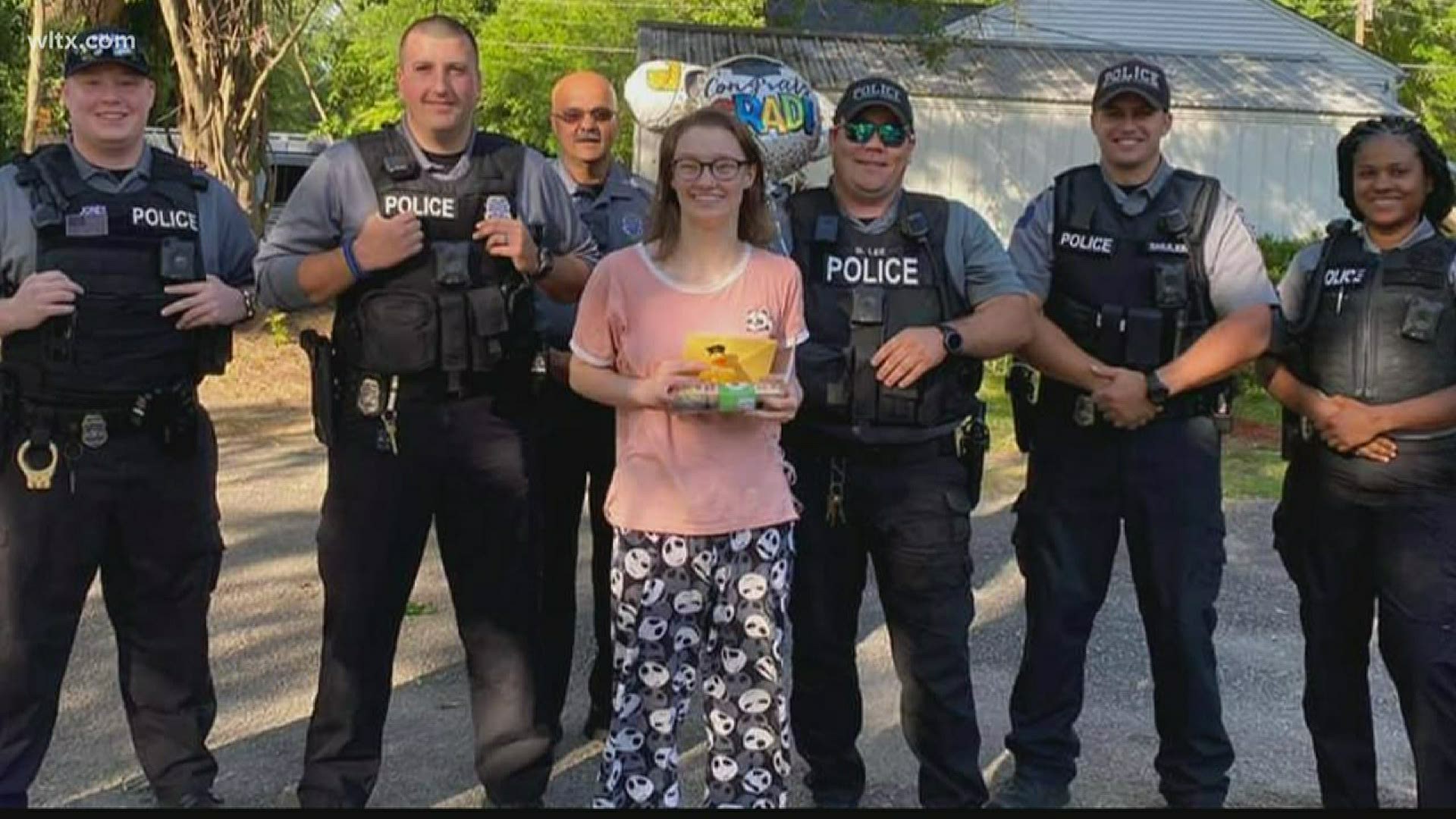 BATESBURG-LEESVILLE, S.C. — Blue lights, sirens and a parade of officers around your home isn’t typically a celebration, but for one 15-year-old who is not only graduating high school, but is only a few classes shy from becoming an registered nurse had a special visit from a few police officers she will never forget.

Azia Jones, 15 had a bit of an unconventional surprise from law enforcement.

She said she was shocked to see the Batesburg-Leesville Police Department outside her front door.

"I was scared that something bad was going to happen, but then I saw the graduation balloons and then my heart melted," Azia said. "It was surreal, but I loved it.”

Jones, who is home schooled, is graduating high school early from the Alliance Academy. She is also just a few classes shy from becoming a registered nurse, a goal she’s had for a few years now.

"I've always had the determination to keep going," Azia said. "I didn’t want to stop, I didn't want to take a break, so I kept going.”

But like many parents right now, Azia’s mom, Christa Jones, said she was concerned about her daughter not having a proper ceremony because of the COVID-19 pandemic.

"I was very worried about how to make her day special that she had worked very hard to get to," Christa said.

Azia isn’t the only one in the house celebrating, her mom Christa finished classes from Piedmont Tech and is also a 2020 grad.

“I enjoyed being able to graduate and to graduate together, that’s awesome," Christa said.

As for Azia she is looking forward to continuing her education and has a message for those who also have big dreams.

“I hope that if you have a passion in life or a goal, reach out for it, keep going," Azia said. "Don’t let anyone tell you cant do it."

Azia turns 16 in the fall and she said she is excited to continue her path to become a registered nurse.

RELATED: Happy birthday to the creator of the standard for modern nursing: Florence Nightingale

RELATED: Tampa nurse holds the hands of COVID-19 patients as they take their last breaths