Columbia celebrates Juneteenth as calls increase to make it a national, state holiday

The holiday, which marks the day the last Southern slaves were freed in Texas, is gaining traction to become a nationwide recognized holiday 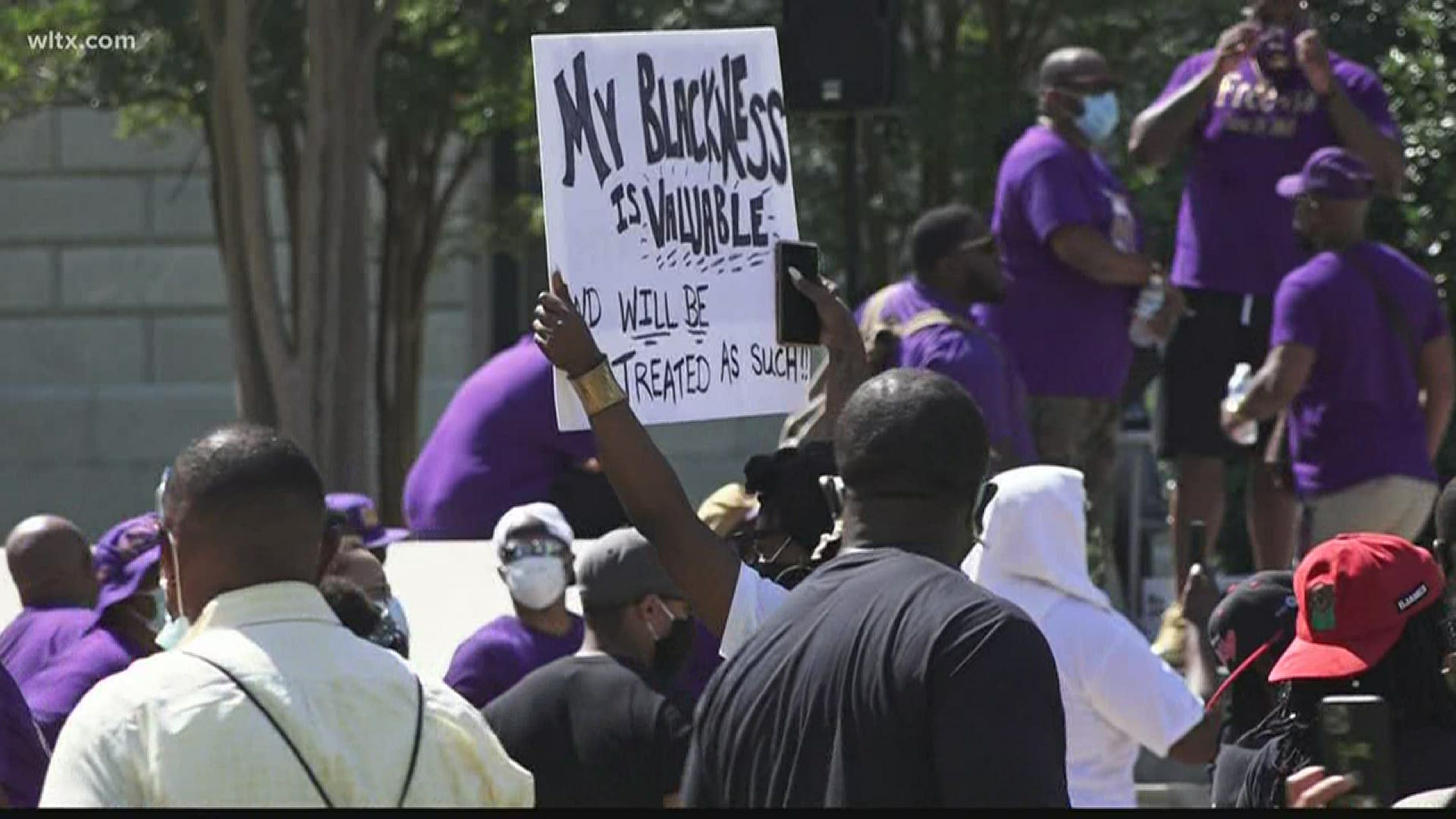 COLUMBIA, S.C. — Some call it an African American Independence Day, similar to July 4th, others are calling for it to be a state and national holiday.

But what does Juneteenth mean to the people in our community?

With music, dancing, and calls to get involved in government and voting, Columbia celebrated Juneteenth on the steps of the State House on Friday morning.

Columbia NAACP president Oveta Glover said the day is an opportunity to learn and celebrate freedom.

“Those of you that are friendly and involved with us in any avenue or walk of life, need to know the history of the African American. Who knows? You might find out you have some African American blood in yourself. So, why not find out your history? And this is a time to recognize and celebrate,” Glover said.

“The proclamation followed the prosecution of the War. And so, the degree to which the Union was able to win that war by the summer of 1865 was the ability of Major General Granger to make it to Texas to inform African Americans in Texas that they now were free according to that proclamation,” Shaw said.

“It didn't sort of gain legislative traction until the state of Texas made it a state holiday in 1980,” Shaw said.

Now, after the death of George Floyd and other calls to reckon with America's racial history, Juneteenth is beginning to receive recognition from more states and companies.

“The only way it can be passed if we as people, including you, say okay, this is something that needs to happen. We need to respect the days, the date of any person, African American. And this is our Freedom Day, our Independence Day. We should've had firecrackers out here, celebrating in that manner. Stay tuned, cause it will happen,” Glover said.

RELATED: Lawmakers call for Juneteenth to be a federal holiday

RELATED: These states now recognize Juneteenth, but what are their other holidays?

“As Americans, we should embrace, as a nation and as individuals, anything that is a celebration of individual, but also collective freedom. That, this nation was founded on that ideal. And even though the Founders didn't live up to that ideal fully, they gave us very eloquent language and values and principles to proceed with to make the case to make it a more perfect union,” Shaw added.