In a picture just hours after the rescue, Gillian and Adam look like they've known each other their whole lives. 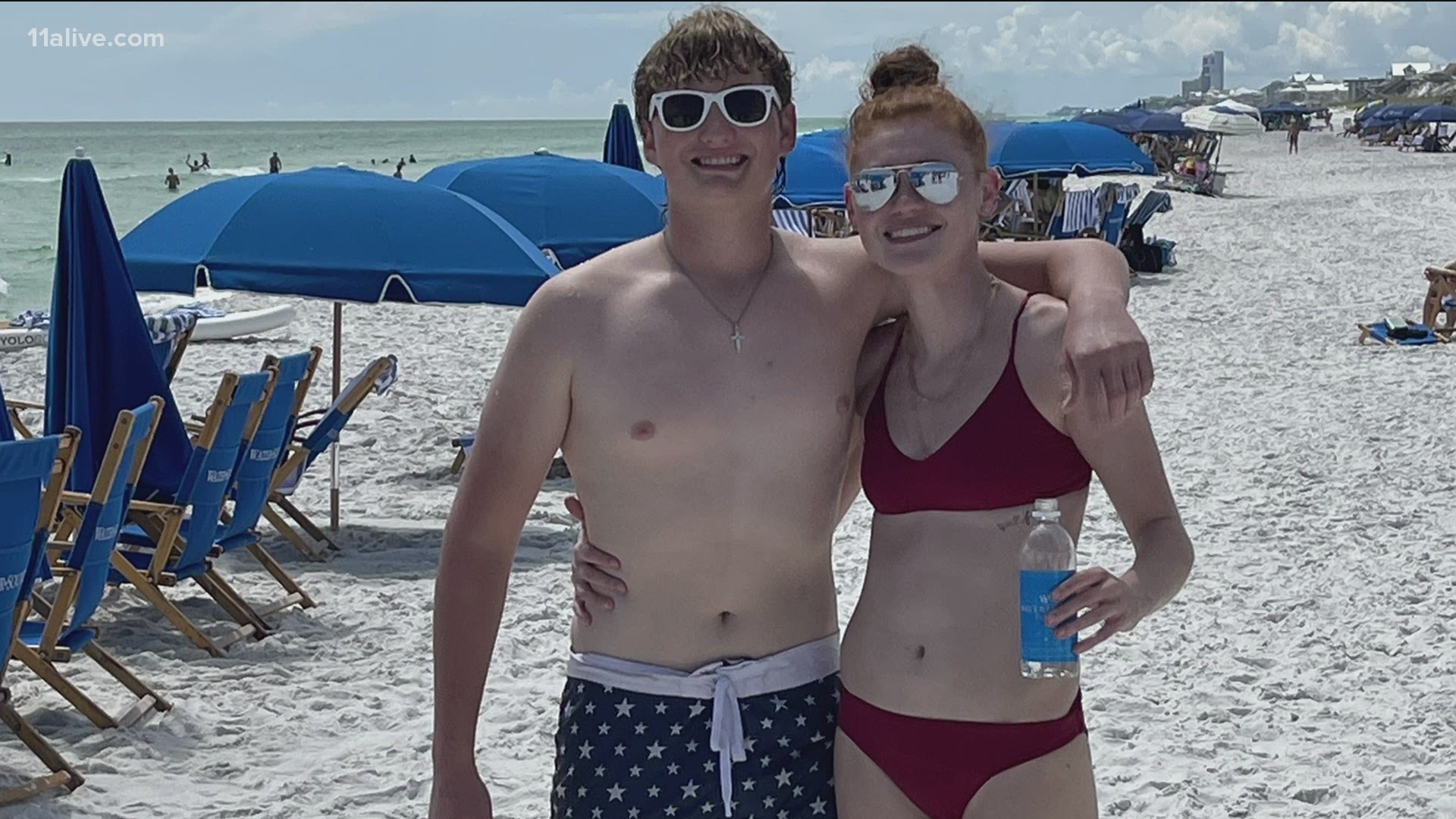 WALTON COUNTY, Fla. — A 17-year-old is coming back to Atlanta as a hero after saving the life of someone he just met on vacation.  In a moment that would easily inspire panic in most, the high school junior kept his calm and got the young woman back to safety.

Adam Harvey and Gillian had just met near Rosemary Beach, Florida when they decided to swim out to the sandbar.

They both said they're strong swimmers and the water was calm, so they didn't think it would be a problem. But it wasn't too long before Gillian realized she was in trouble.

In a picture just hours after the rescue, Gillian and Adam look like they've known each other their whole lives.

"He is the sweetest, nicest boy I have ever met. He took care of me like we were best friends since day one," she said.

Twenty-year-old Gillian is from West Virginia and Adam is from Atlanta. They met for the first time Friday on the beach when they decided to swim out to the sandbar.

"I was honestly kind of embarrassed. He was just like, are you OK, I'm so happy you're OK. Even when the people were taking care of me, I kept saying, that boy saved me, that boy saved me," she said. "I wouldn't even be on this beach hyperventilating right now if it weren't for him."

Gillian said they talked most of the way out to the sandbar. But when they were almost there, she started struggling to breathe.

Adam realized right away how serious it was.

"She started saying we weren't going to make it back in and she was scared to die," Adam said.

He said that's when he grabbed her hand and told her to breathe slowly.

"I was a little scared, but I knew if I showed it, it would make everything worse - she would be more terrified," he said.

Gillian said she was terrified.

Gillian held on to Adam as he swam them both back to shore. When they got close, both of their parents realized what had happened.

"The parents were giving us hugs and kisses, like, 'Thank you, thank you for your son'," said Adam's parents, Kimberly and Ron Harvey.

Gillian said she's so thankful she met Adam that day because she might have gone out to that sandbar by herself.

"I was more worried about sharks! Because I am a pretty decent swimmer, I never thought in a million years that I would struggle," she said.

Adam is on his way home to Atlanta with his family right now. He and Gillian were texting each other in the car.

They both said that, after such a crazy experience, they definitely plan to stay in touch.