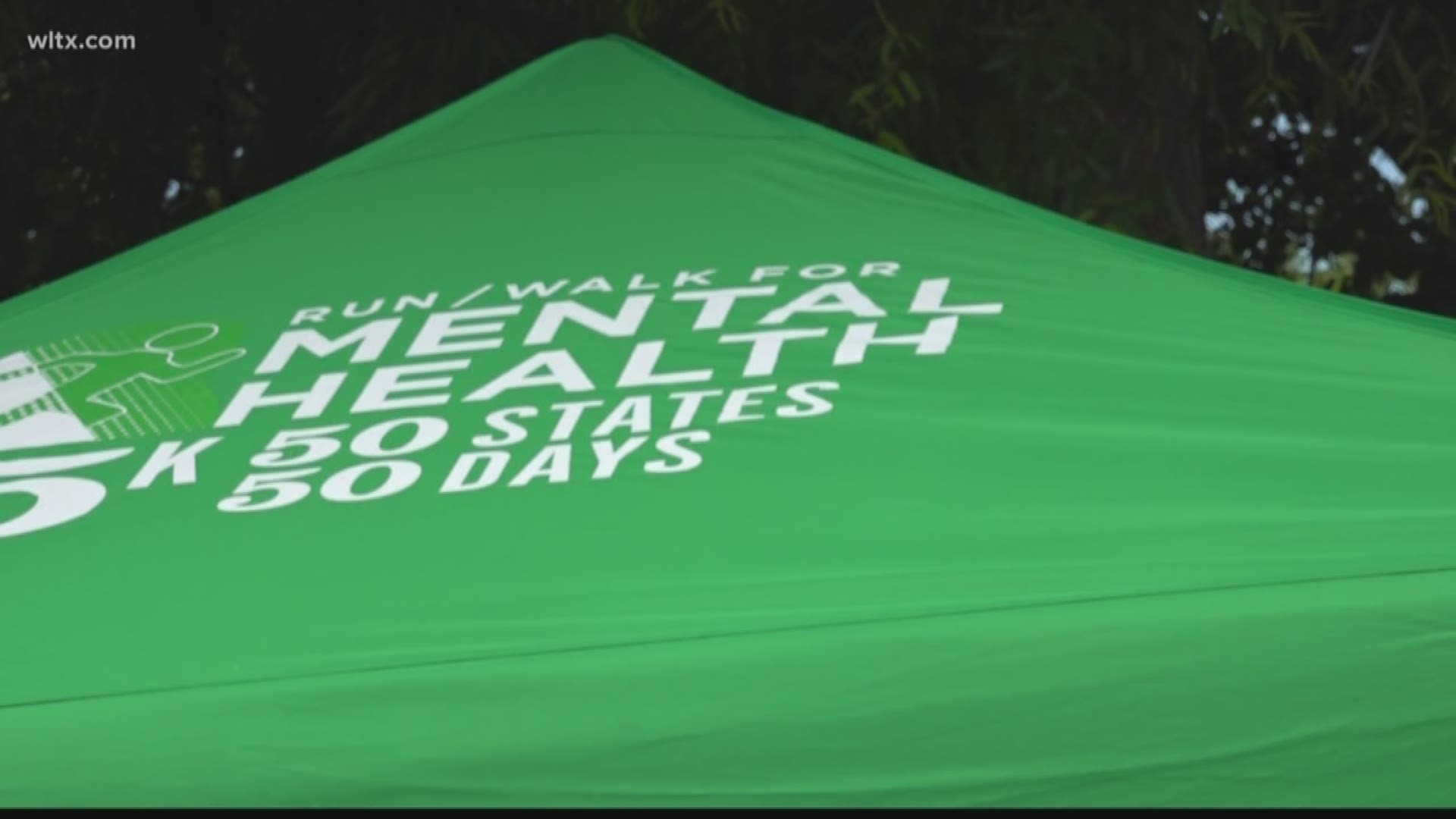 Columbia, SC - (WLTX) Everyday millions of people struggle with mental illness. To raise awareness, a doctor from Wisconsin is running fifty 5Ks in 50 states in 50 days.

Mitzi Guthrie, who is affected by mental illness, is running to raise awareness and made a stop here in Columbia.

"I have mental health issues. I've had them since I was in 8th grade," says Guthrie.

For more than 30 years, she's struggled with mental illness, which affects 1 in 5 adults in the U.S.

She goes on to say, "I have bi-polar too. As a young person I was manic and then depressed, and my depression last longer then my mania, and I was angry all the time. I thought everybody felt like I did and I just didn't handle it very well. It took me till I was 40 to get it diagnosed."

Guthrie says she treats her illness by taking her medication and also , but also through being active.

"Exercise helps a lot, especially when you have depression, but that probably helped me the most. Just understanding the illness and knowing what I have, reading and sharing with others," says Guthrie.

That's why Dr. Adele Korkor organized the 5K 50/50 series across the country. His hope is to be a source of hope and inspiration.

Korkor says, "My goal is to raise the awareness level, help remove the stigma, and put America together."

Instead of helping patients in his office, Korkor is using the road as his exam room.

He says, "My intention to be in every state is to let everybody know that we are in this together and that they are not alone."

The series continues with races all over the country until June 23.