A local prostitution sting has resulted 11 arrests, including two for sex trafficking of a minor, according to the Lexington Police Department. 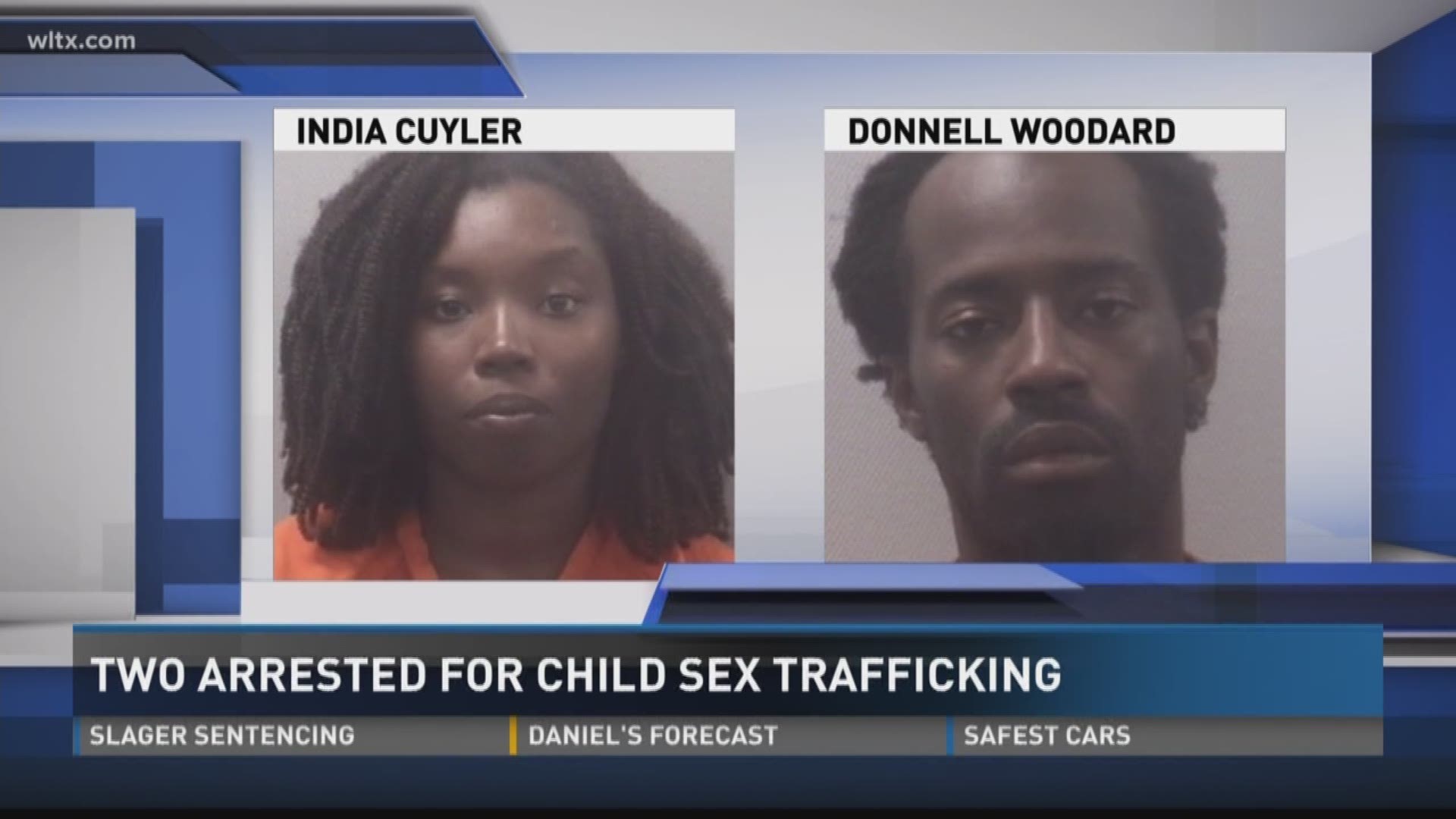 A local prostitution sting has resulted 11 arrests, including two for sex trafficking of a minor, according to the Lexington Police Department.

India Cuyler, 23, and Donnell Salethian Woodard, 29, both from Columbia, are charged with sex trafficking of a minor, among other charges, according to Corporal Cameron Mortenson with the Lexington Police Department. Both are currently still being held without bond at the Lexington County Detention Center.

In one instance, a 16-year-old girl came to the hotel room to participate in prostitution, officials say. Police say she was immediately identified as a victim and later taken into emergency protective custody after medical treatment. During the investigation, police say they determined she had been coerced into prostitution by India Cuyler and Donnell Salethian Woodard, who had transported her to the hotel. Cuyler and Woodard were arrested in the parking lot while they were waiting on the minor victim, police say.

Police say they later learned that the minor victim had been staying with Cuyler and Woodard at a hotel in West Columbia, and that another 16-year-old girl was also being used for prostitution. Police say the made contact with the second minor victim, who relayed a similar experience as the first victim. a follow up investigation by the West Columbia Police Department led to additional charges of sex trafficking of a minor.

During the course of prostitution investigation eleven arrests were made, including India Cuyler and Donnell Woodard, resulting in the following charges:

Investigators say this remains an open and ongoing investigation, and they are working to identify any more potential victims.

“Human Trafficking isn’t just a problem in large cities or tourist hot spots," says Lexington Police Chief Terrence Green. "These cases are proof that human trafficking, whether sexual or forced labor, can be found in all communities big or small."

If you have any information about these crimes or any other underage girls being used in prostitution, officials urge you to contact the Lexington Police Department at 803-359-6260, Crimestoppers at 1-888-CRIME SC or the National Human Trafficking Hotline at 1-888-373-7888.

You can contact Crimestoppers anonymously in any of the following ways:

Additional information on Human Trafficking can be found at https://polarisproject.org/ or https://sharedhope.org/.