Next Friday, Oct. 2, large-capacity outdoor venues are expected to reopen, with some restrictions. The Panthers plan to host fans two days later. 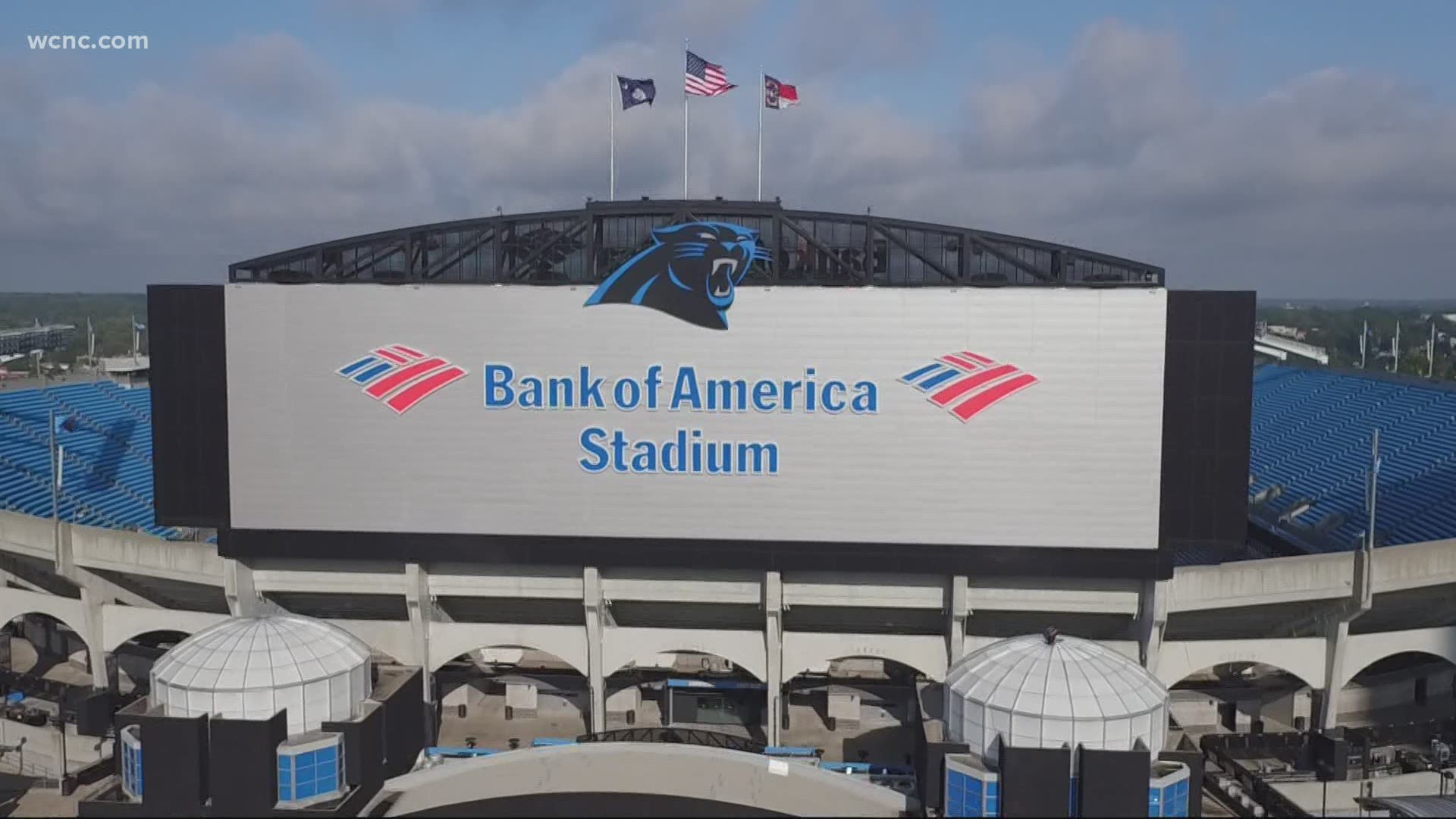 CHARLOTTE, N.C. — Fans will be roaring again soon in Bank of America Stadium, and Mecklenburg County health officials feel assured of the safety protections that will be in place.

Next Friday, October 2, Gov. Roy Cooper is expected to ease COVID-19 restrictions for large outdoor venues, allowing places that hold more than 10,000 people to reopen at seven percent capacity. The statewide stadium policy changes will happen in time to allow visitors back into Bank of America Stadium for the Panthers' next home game against the Arizona Cardinals on October 4.

"We've been working with them for several months on these plans," said Harris. "If they are enforced properly... there will be a safe opportunity for our community to enjoy the game."

Shortly after the governor's announcement earlier this week of further reopening, the Carolina Panthers sent an email to personal seat license holders, informing them of the changes and what to expect when returning to the stadium.

Visitor requirements include wearing masks at all times, except when eating and drinking, sitting in set groups that will be spaced out within and between rows, and complying with directional signage while moving around the stadium.

Tickets are set in "pods" that cannot be broken up, to ensure social distancing and limited interaction with people of different households or social groups. That policy will be apparent to those scouting tickets. As of Friday evening, tickets for the upcoming home game were available on the secondary market, but no singles were being offered.

Harris also said people attending the game will not be able to tailgate on Panthers property.

"We want to make sure, as much as possible, obviously, that this is a safe situation for our community," said Harris.

The easing of restrictions comes as North Carolina sees progress in the state's daily new cases of coronavirus, virus-related hospitalizations, and the positive test rate, which is averaging about 5.1 percent over the last two weeks.

Gov. Roy Cooper is expected to address specifics of the state's next phase early next week. The governor alluded to another possible easing of restrictions, if North Carolina's metrics hold stable, in that upcoming announcement.