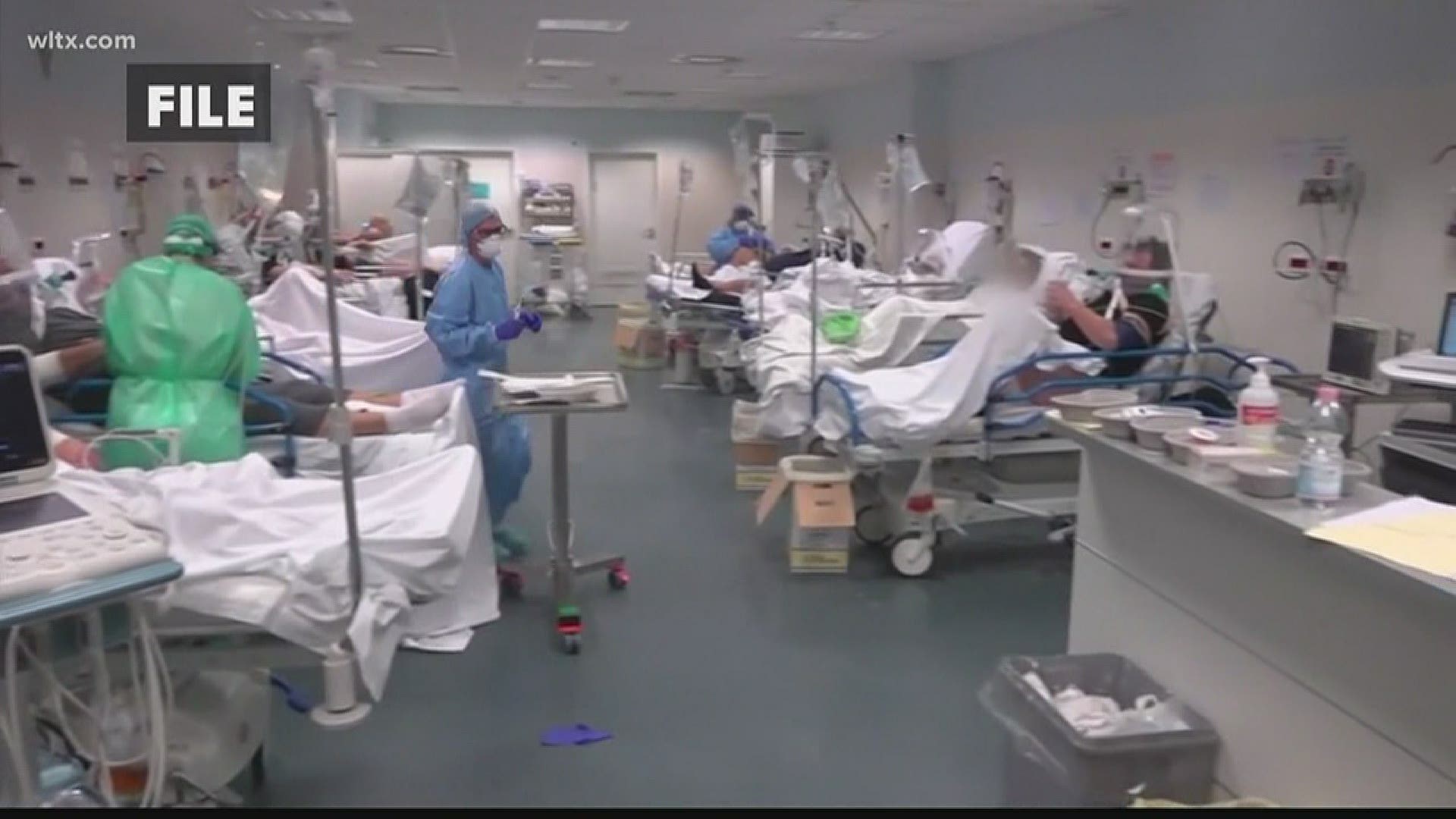 For months, SCDHEC would include data on hospital capacities and the number of COVID-19 patients in hospitals. It stopped sharing the same data this past weekend, saying due to federal reporting changes it was not available.

But now, hospitals must send the data to the TeleTracking system under the Department of Health and Human Services, according to the SCHA.

DHEC announced a public health order “supporting the transition” on July 15, according to a DHEC spokeswoman.

Because of the ongoing change, DHEC has not reported hospitalization data in any release since Saturday.

Matney says new reporting data will actually make 'available bed' data worse than what they thought it was, because the previous federal reporting guidelines were 'flawed to begin with.'

Says they're seeing more and more trouble placing patients in the Grand Strand.

SCHA COO Melanie Matney said they understand the public’s concern with the gap in information.

However, she emphasized the gap was not intentional and the SCHA was continuing to communicate with hospitals each day about their caseloads.

Matney described the old system as less intrusive, asking only a handful of questions. The new system uses more than 30, some of which are vague and need more guidance to answer appropriately, according to Matney.

“The data that was reported in NHSN was flawed to begin with, because it paints an inaccurate picture of availability in a state. Because when you think about when you're asking hospitals, 'What are your available beds?' A lot of times that includes a number that's not-- or includes a bed that's not exactly available for the type of patient who needs to go in there,” Matney said.

For example, hospitals could list a NICU bed as ‘available’ even though the bed would not be able to serve an adult COVID-19 case, according to Matney.

When asked, Matney said the new data will likely show the situation is worse than previously thought, especially when it comes to hospital bed availability.

Matney added the available bed number also does not consider shortages in staffing, saying some hospitals are headed to capacity if the virus is not controlled.

“I'm not in a place to sound an alarm that anyone is absolutely full and they've reached all that they can do. But I can say, at some point if we don't change the course of this disease and the spread that we will be there sooner rather than later, and it's going to be a very difficult time,” she stated.

In an email on Monday, DHEC said all hospitals in the state are transitioning to the new system. The hospitalization data will resume publication when DHEC can confirm the accuracy of all the shared information and the system is fully implemented.

Matney said they need better definitions for the new questions, hospitals to give answers the same way, and correct access to the new system statewide.

“Many, especially those along the Grand Strand, are having extreme difficulties. And, when we try to move patients from one hospital to another to compress that hospital to allow for more space, we're running into many more places that are reporting that they are also in the same situation. Having to hold patients in the emergency department, trying to wait for open beds. It's probably a much more dire situation than what we've been believing,” Matney said.

The hospital data should resume publishing this week, according to the SCHA.