The first shipments arrived in the state Friday. 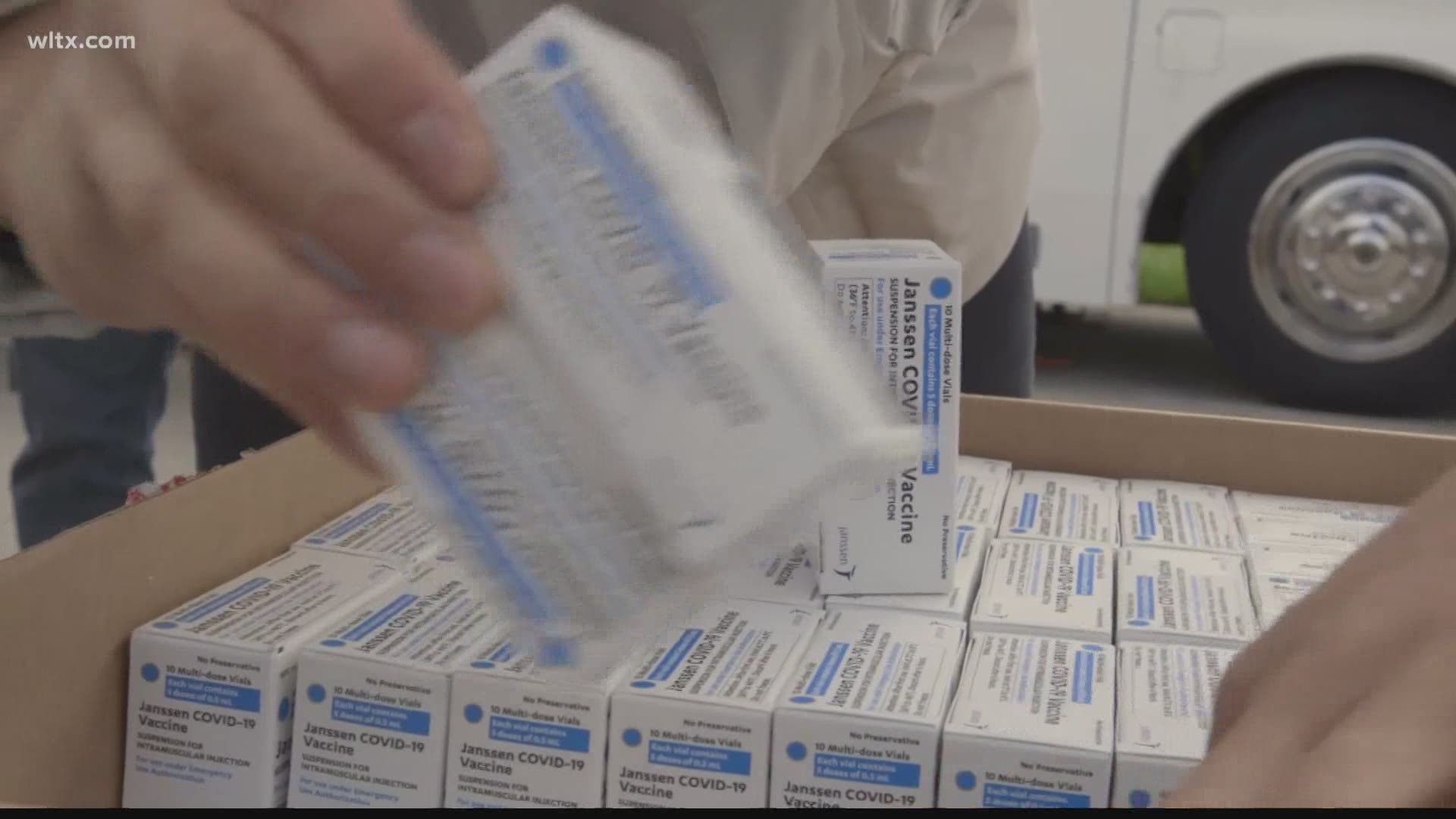 COLUMBIA, S.C. — South Carolina has received the first shipments of the Johnson & Johnson vaccine, the only one-dose COVID-19 shot on the market.

Prisma Health confirmed Friday it had received its first shipment of the vaccine. They were the first medical group or agency to acknowledge that the vaccine has reached the state.

A spokesperson for the South Carolina State Emergency Response Team also confirmed 7,400 doses went to CVS and 5,200 were received by Walgreens for distribution statewide. More of the shipment was expected Monday.

The vaccine got emergency use authorization from the CDC six days ago.

Earlier in the week, South Carolina Gov. Henry McMaster said the vaccine would arrive either Friday or Saturday. The state's health agency, DHEC, said the state would get about 41,000 doses in the first shipment.

This news comes as the state is getting ready to shift into what's known as Phase 1b of the vaccine rollout on Monday, March 8. Phase 1b is a massive expansion of who's eligible, meaning roughly 2.7 million people statewide are can start scheduling appointments.

RELATED: Half of all South Carolinians to be eligible for vaccine next week

Among the people who can now get the vaccine are frontline workers including teachers, anyone over 55 years old, and people between the ages of 16 and 54 who have chronic conditions, including cancer, diabetes, and obesity.

RELATED: People can get the vaccine in SC if they're obese: How to find your body mass index

McMaster was at Darlington Raceway Friday, where the NASCAR track was used as the site of a mass vaccination center for people. Included in that group were some early appointments for Phase 1b. The event had gotten special approval from the state to do that effort.

The Johnson & Johnson vaccine requires the one dose, unlike the Pfizer and Moderna vaccines, which are two dose series. Health experts say the addition of the third vaccine should speed up the ability of the nation to get as many people vaccinated as possible.

President Joe Biden has said the goal is to have enough vaccine for all adults by the end of May.