WLTX spoke with a family who has been hopping around area hotels since the evacuation. They shared what life has been like nearly a month away from home. 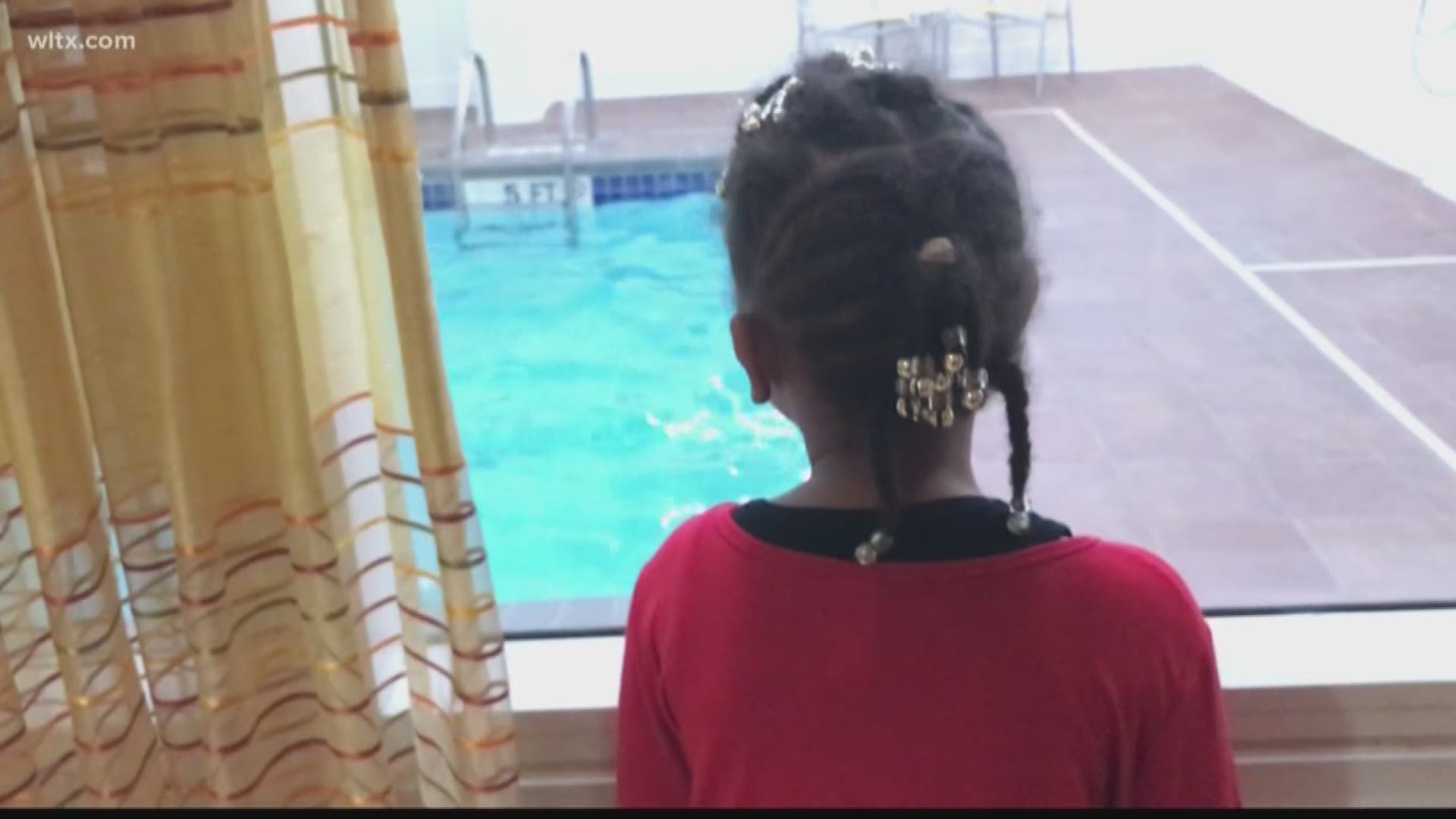 Columbia, SC (WLTX) -- Friday marks three weeks since 411 residents of Allen Benedict Court were forced out of their homes with little notice.

Many just had time to grab one bag.

WLTX spoke with a family who has been hopping around area hotels since the evacuation. They shared what life has been like nearly a month away from home.

6-year-old Fatimah Colliston was all smiles as she lent our crew a corner of her hotel room for a brief interview.

For the past three weeks, Fatimah and her mother are living a new normal.

Instead of their usual 10-minute walk to school, they're getting up early at the Fairfield Inn at Harbison and driving the 20-minute commute.

"What do you like about being here?" her mother, Micaela, asked during the interview.

"The bedroom, so we can share it," Fatimah replied. "I don't have to sleep in my own bed."

"What do you think about living in a hotel?" we asked.

"Fun. Really fun, and it has a pool," said Fatimah. "I love pools. I like the swimming pools, but I don't know how to swim."

January 18th, the Collistons were told they had to leave their apartment in the Y building of Allen Benedict Court.

"Once they came in and checked everything to make sure it was ok, they closed the door," said Micaela. "Everybody had to go."

They only had time to grab some clothes and Fatimah's backpack.

Micaela says the Columbia Housing Authority will help with some meals, but the rest is her responsibility.

The Fairfield Inn is their third hotel in three weeks.

"It takes a toll on you because you have to repack all over again, wait for transportation, we have to figure out where we're going. It's really a lot," said Micaela. "Definitely ready to be home. I want to be able to have a good home cooked meal. Man, I miss cooking in my kitchen. I can smell the food now."

Micaela is booked in the hotel through Monday, and will find out then if she'll stay or move to another temporary home.

She says what keeps her going every day is new friendships she formed with Allen Benedict residents in her hotel, and her faith.

"God. He is everything," said Micaela. "He's the one giving me strength to keep pushing. Without him, it could be worse. I'm just thankful."

Micaela says she has 60 days to find permanent housing. If she can't within that time frame, she says she's waiting to learn what will happen next.