The collision temporarily blocked all lanes. 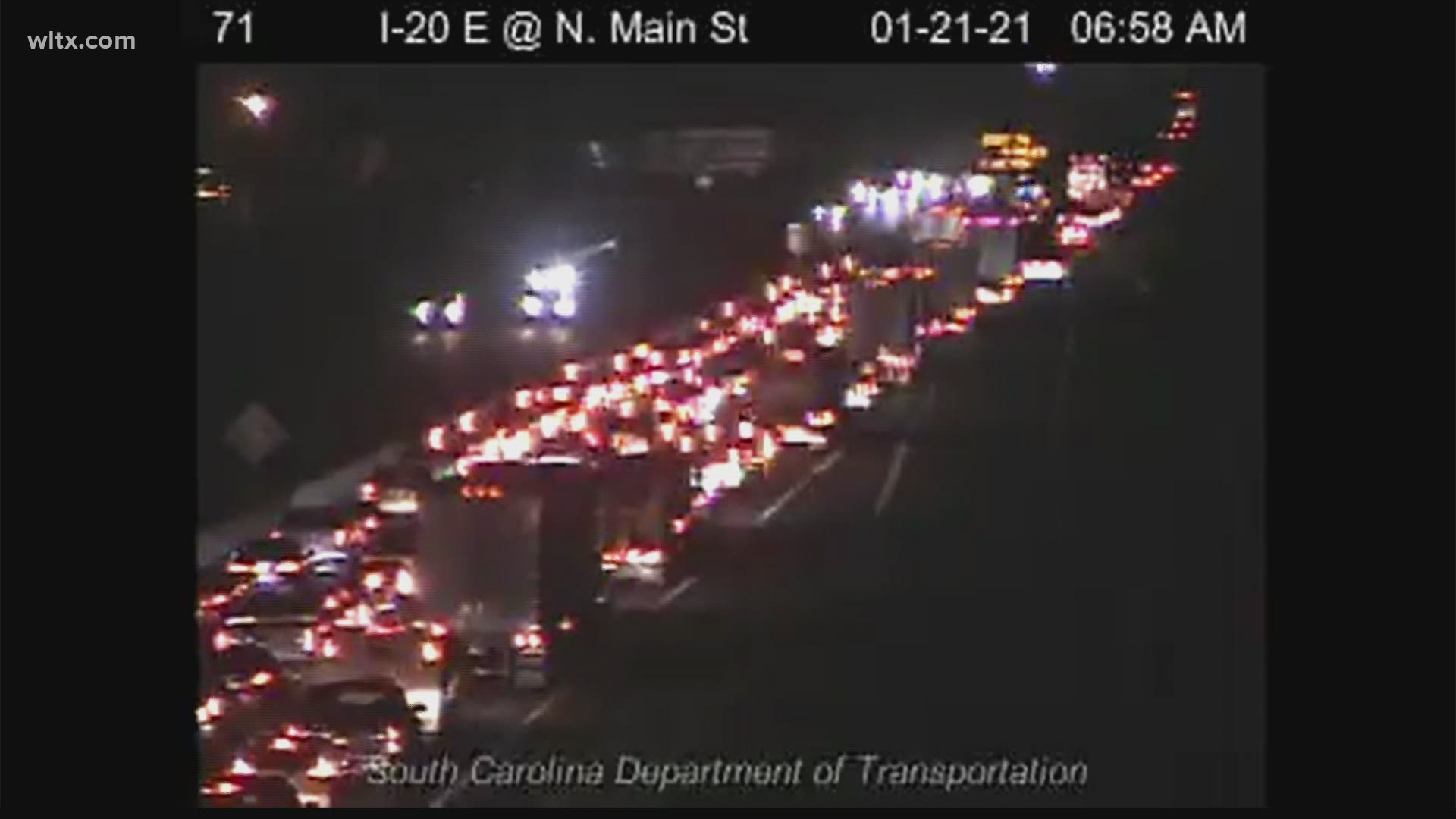 RICHLAND COUNTY, S.C. — An early morning crash briefly blocked all lanes on a stretch of Interstate 20 in Columbia Thursday morning.

The collision was on I-20 East near exit 71, which is the Wilson Boulevard Exit. Officials say the incident happened around 6 a.m..

At this time, no injuries have been reported.

While the crash had all lanes blocked for about 90 minutes, those lanes have since opened up.

A cause of the crash has not been released.

We'll continue to update this story as more information comes in.