Humpback Whales off the SC Coast Not Uncommon

The migration pattern along the East Coast is common for humpback whales. 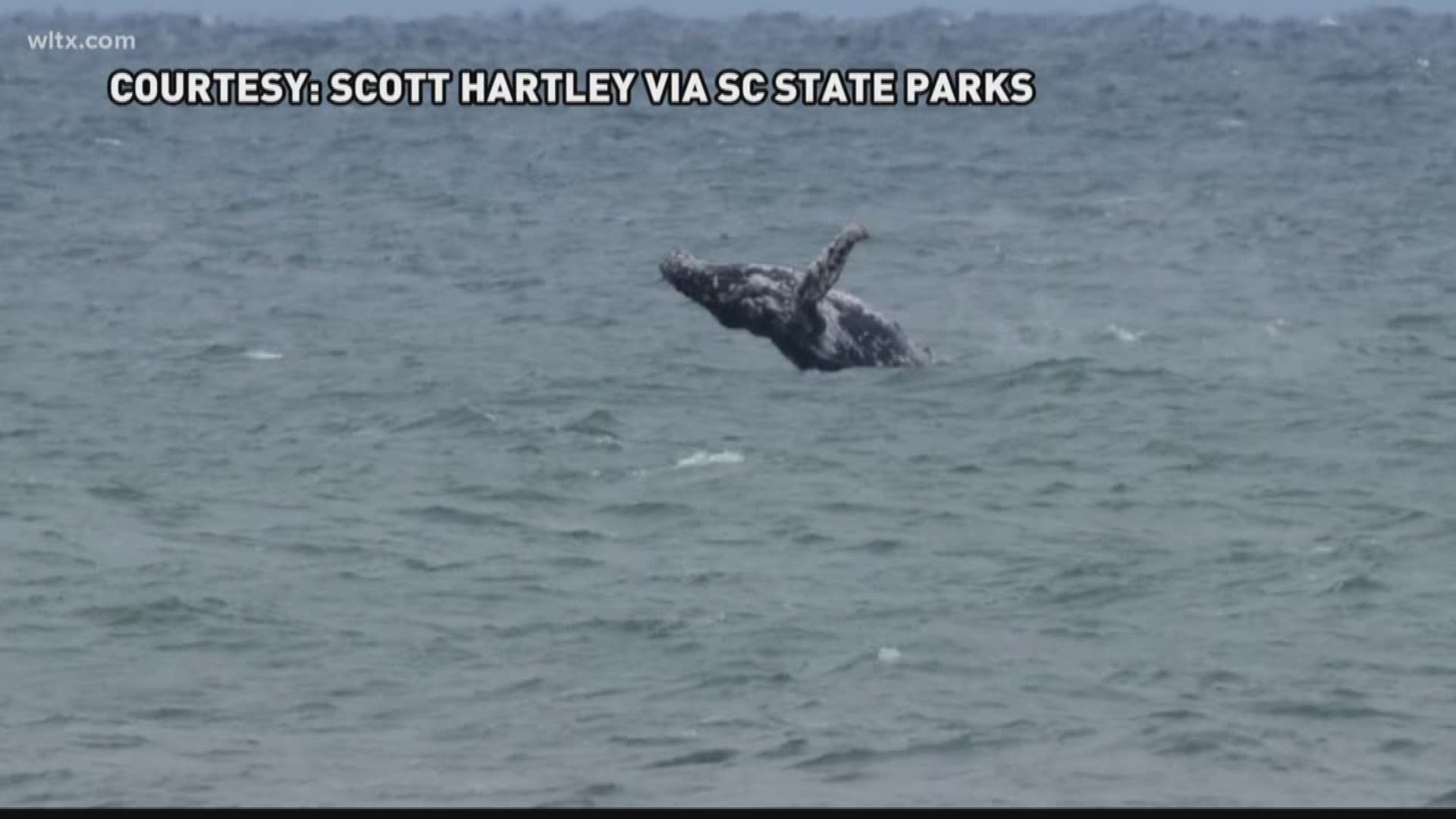 Columbia, SC (WLTX) - Park rangers at Myrtle Beach State Park watched two humpback whales Sunday, even though the sight of whales off the coast is odd, it is not surprising.

"I get excited when I see whales, but I have also devoted my life to studying the ocean," said Brendan Turley.

Turley is a Ph.D. candidate in marine science at the University of South Carolina. He said the high interest in the whales spotted off the coast does not surprise him.

Turley said, "Everybody loves whales. I love whales particularly because they are one of largest animals on Earth. It's very humbling to imagine something much larger than you."

The migration pattern along the East Coast is common for these large mammals.

According to Turley, "They live north off the coast of Nova Scotia and Canada during the summertime. It's really good feeding areas. There's lots of food available."

He said, "During the wintertime they live in the Caribbean. They have to make this migration along the coast. They come by our coast at least twice a year."

There is not as much food available in the northern portion of the Atlantic Ocean during the winter, and the southern waters are not as dangerous.

Turley said, "The southern grounds are their calving grounds so they come down to give birth. It's a safe environment to raise their young." He said younger whales are vulnerable to attacks from killer whales and large sharks.

The whales off the coast Sunday were breaching, it is not known for sure why they do this, but some believe they do this for communication.

Even though watching whales is fun, Turley said it is more than just entertainment. He said, "I'm interested in the oceans because they help control the climate of the Earth, and the fish give us this feedback to understand the health of the overall ocean."

A group of whales is known as a pod. A pod of whales can be from two to over 30 whales.

According to the South Carolina Department of Natural Resources, humpback whales can reach 36 to 52 feet long and weigh up to 80,000 pounds.