If you want to see fireworks here's where you can go

Many 4th of July activities have been canceled due to the COVID-19 outbreak. Here's a list of what's happening and what's not for this year's patriotic celebration. 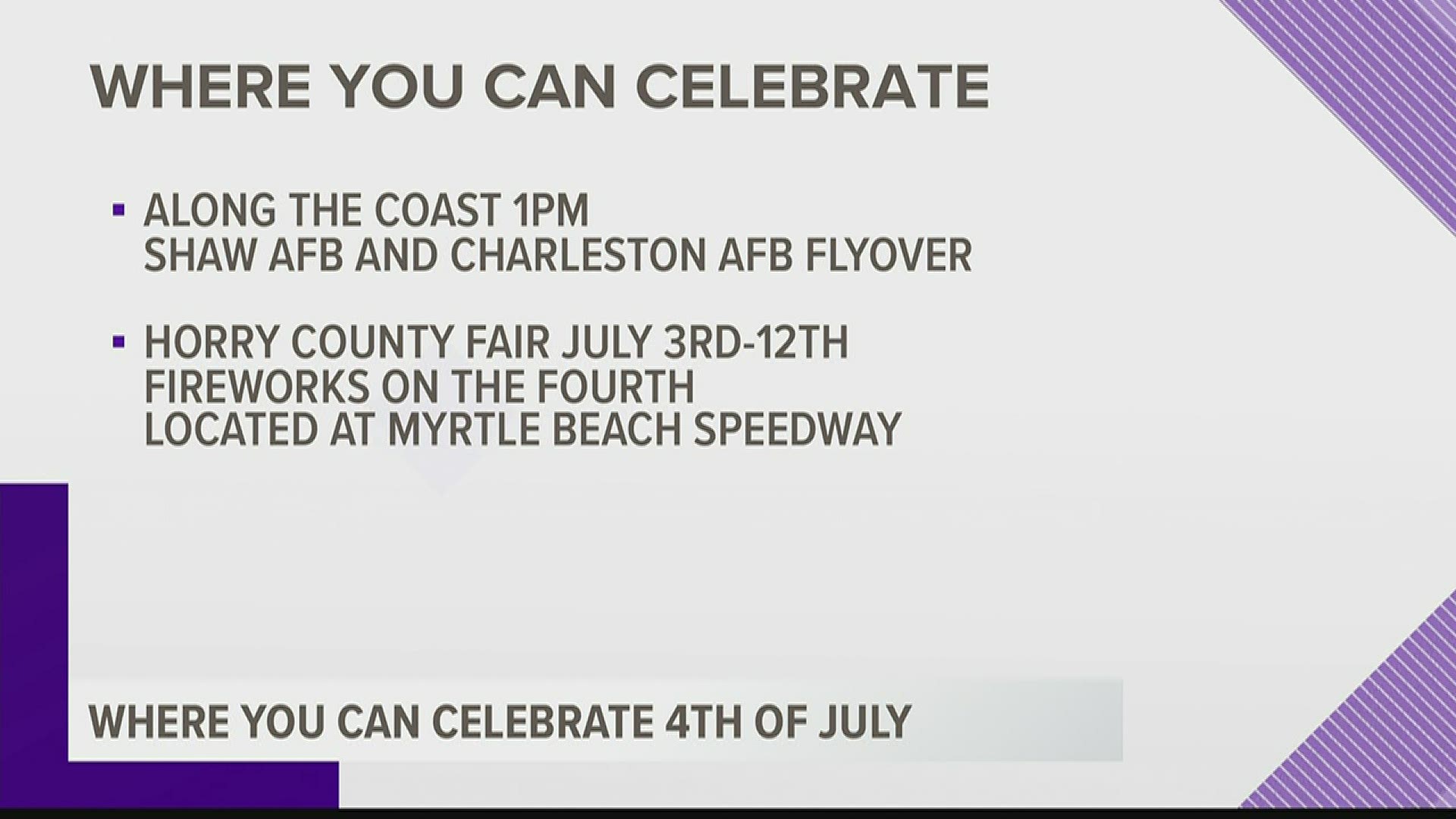 COLUMBIA, S.C. — Wondering what might be happening on this Fourth of July this year?

WLTX has put together a list of what's happening and what's been canceled so you can plan your patriotic weekend.

First, yes, you live in South Carolina and it's one of the few states where it's possible to buy fireworks all year long.

But remember, each town and neighborhood has their own rules and regulations for setting off fireworks. 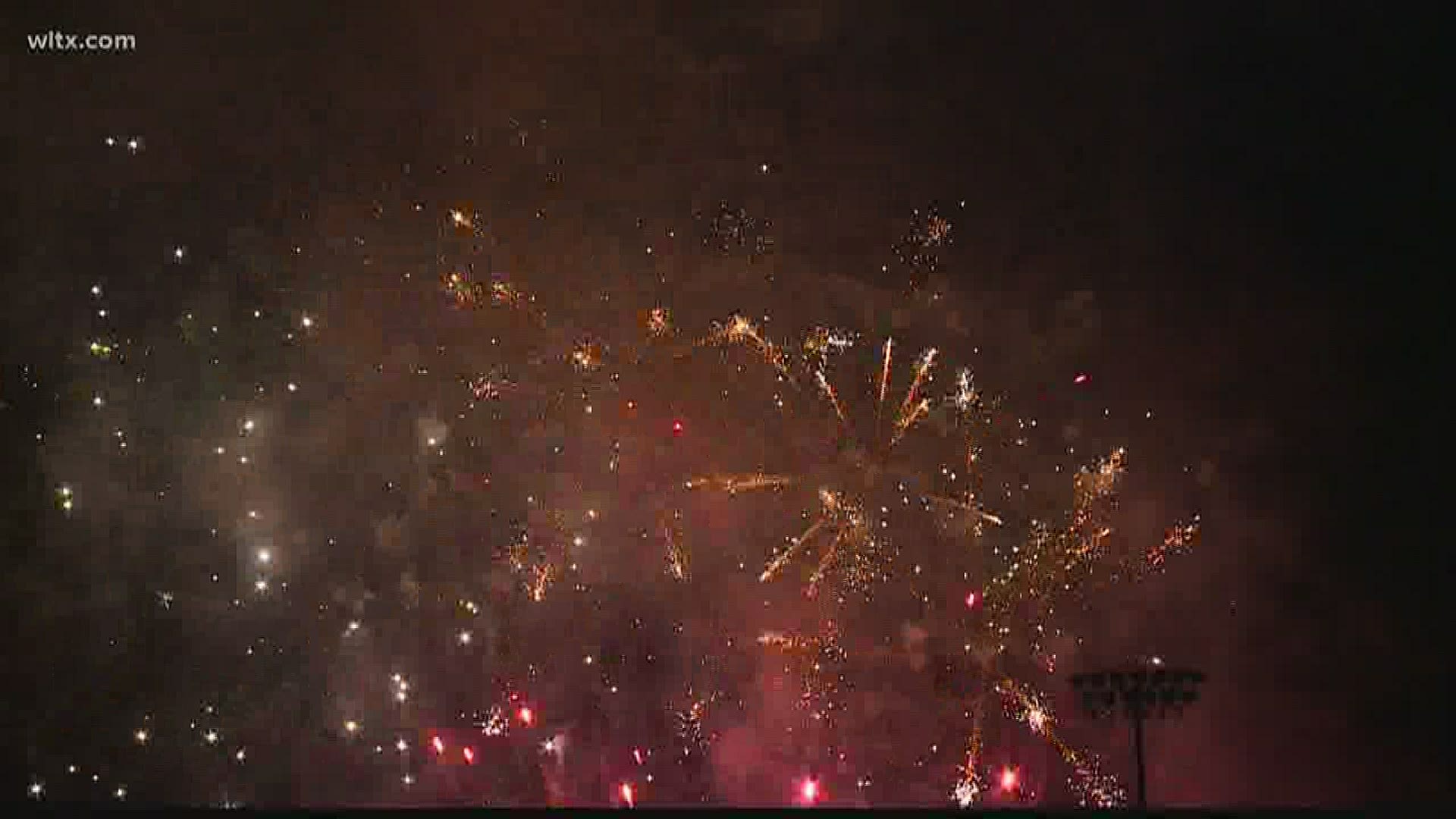 Most require that the the pyrotechnics stop around 10 p.m.  But it's always best to check with your local officials.

Remember, wearing a mask and social distancing is still being recommended by the Centers for Disease Control (CDC) and even Governor McMaster.

Here are some of the events still happening and what's not.

Town of Lexington will celebrate a little early, having a fireworks display on July 3.  Join the Town of Lexington for an Independence Day Celebration firework . Fireworks will be fired from behind Town Hall on South Church St. and can be viewed from Main St.  Areas of viewing include Main St restaurants, Lexington Square Park, Lexington Veterans Monument, and any public parking lot in the Downtown Area.

Lake Murray is still planning on their fireworks display, a tradition since 1989.  The fireworks show is scheduled to begin at 9:15 p.m. on July 4 or dusk with the pyrotechnics launched from Dreher Island and Spence Island, synchronized to patriotic music.

Celebration of Liberty at First Baptist This year you will not be able to attend the Celebration of Liberty in person. Instead the church is producing a special edition that will be broadcasted and LIVE streamed during the 4th of July weekend. You can watch the program on SCETV at 7pm on July 4 or July 5 at 8pm on First Baptist of Columbia's website and Facebook page.

Newberry Fourth of July Fireworks - The Newberry County Law Enforcement Presents Fourth of July Fireworks Show on July 4 is still on. The stadium and campus of Newberry High School will be closed to patrons, but the fireworks can be viewed from adjoining properties. The show will begin around 9:15pm from the ballfields at Newberry High School and can be easily viewed from areas adjoining. WKDK radio will broadcast a patriotic salute on their station at 1240 AM or their website www.wkdk.com or on the TuneIn Radio App or the WKDK radio app on your phone.

People are asked to stay near their vehicles and to practice social distancing when parking and/or standing. The Harper Street Bicycle Parade has been cancelled due to COVID.

Salute from Shore is held along the South Carolina coast on July 4 and both F-16s and C-17's from Shaw AFB, Charleston AFB.   It will begin at around 1pm at the North/ South Carolina border near the Cherry Grove Pier about 1pm and the flyover goes down the coast and ends in Beaufort around 2pm.

The Horry County Fair goes from July 3-12th and on the Fourth of July they will have fireworks.  The fair is located at the Myrtle Beach Speedway at 455 Hospitality Lane in Myrtle Beach.