Hundreds of people gathered at the early showings of Marvel Studios' Black Panther at the Regal Sandhills theater. 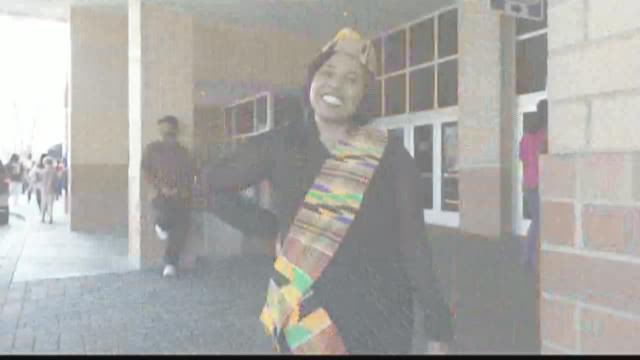 Columbia, SC (WLTX) - Theaters around Columbia saw long lines throughout the day as people made their way to see Marvel Studios' 'Black Panther.'

It has been in theaters for just over a day, but the movie is already breaking records. Thursday night's box office sales reached $25.2 million and sales are expected to go over $170 million in it's first weekend.

While the numbers and advance sales are historic, moviegoers say they are excited for the experience; from purchasing tickets weeks in advance, to planning an outfit days before going to the theaters.

"I'm from Ghana and West Africa," says one woman who was wearing Kente fabric in line at the Regal Sandhills theater. "I wanted to represent my country and my continent."

"This is an opportunity to see 'Black Excellence' in the movies," says Shauna Ellis. "So, I'm here to support that."

For many in line, they explained that they were glad to be able to see positive images of African Americans on the big screen.

Seulgee Lee, University of South Carolina Assistant Professor of African American Studies and English, says the importance of having black representation in movies is positive for all audiences.

"The idea that we're evoking a certain kind of black utopia even though it's open for all and designed for all consumers is very interesting," says Lee. "Imagining a world totally populated by a kind of Pan-African population is extremely interesting and cause for celebration."

Moviegoers agree as hundreds of people waited in line for popcorn ahead of their showings.

"I'm here because of the ethnic significance," says Larry Jackson. He took the day off to bring his niece and nephew to the movies.