Residents Give Input on I26 Widening Project in Lexington County

Lexington County residents are getting an opportunity to give input on a new I-26 widening project that will run through their county. Its a 16 mile stretch between exit 101 and exit 85. 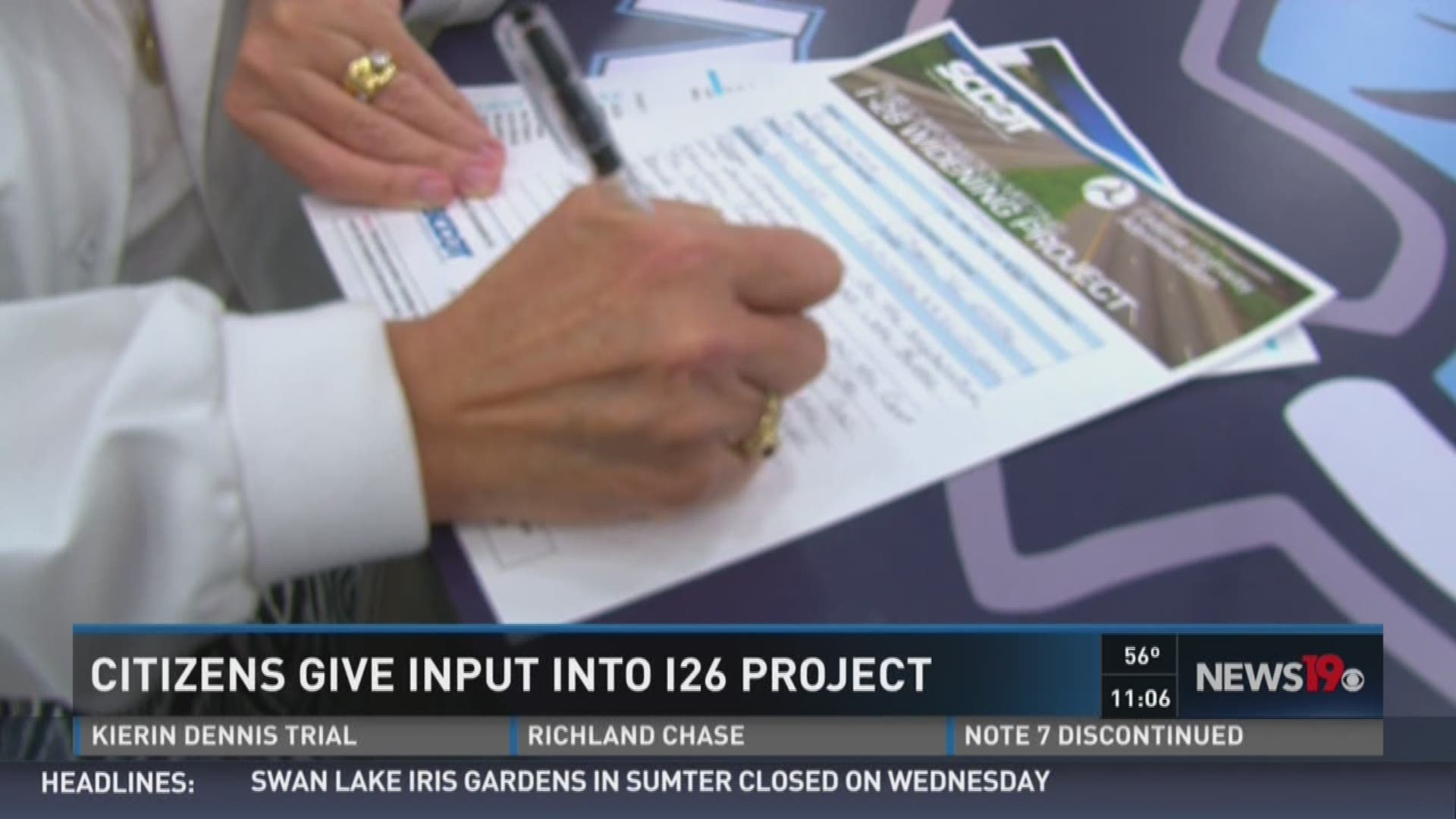 Chapin, SC (WLTX) Lexington County residents are getting an opportunity to give input on a new I-26 widening project that will run through their county. Its a 16 mile stretch between exit 101 and exit 85.

Sue Whitlock lives off Highway 202 and works at Palmetto Health, so she travels Interstate 26 through Lexington County everyday. She is concerned that the deceleration and acceleration lanes are too short on her exit. She explains saying, "You know you have to get off, you know you have to drop your speed, and the semi trucks are coming up behind you at least 70 miles an hour."

Whitlock came to the meeting on SC DOT's Interstate 26 widening project to give her opinion. She tells News 19, "I would hope that they would redo the interchange right there, so it would hopefully reduce the number of accidents that we have at that exit and entrance ramps."

Mayor of Little Mountain, Jana Jayroe is concerned too. She says, "I really think the improvement on our interchange in Little Mountain would help us immensely and I think the three lanes on each side will help too."

But she says she also wants to learn more on the scope of the project. She says, "Im very interested in the interchange being extended. And I'm interested in which way they will go with expanding the interstate. If they are going to add a third lane within the intersate, or if they are going to go outside of where they are now, and how it will effect my community and my property owners."

Jay Butfiloski says he's hoping the project will improve the flow of traffic and make the road more safe at another exit. He says, "For example the Peak interchange which seems to be the Bermuda Triangle for traffic accidents for one reason or another."

Hood says the project drives to fix those problem areas, as well as other safety and design concerns when it comes to bridges. They will either be redone completely or rehabbed to accomodate current design standards. He says "We also have to address some substandard clearance issues where bridges that over pass the interstate aren't tall enough and also with us adding lanes and widening we're also gonna have to have more room between the bridge abuttments so that there is more horizontal clearnance. We want to make sure that these bridges we build that are gonna be in place for 100 years. So that they can accomodate eight lanes so we don't have something we have to rebuild in 30 years that should have lasted 100."

Mayor Jayroe and others News 19 talked to say the area is seeing tremendous growth and the Intersate needs to catch up. Hood says, the plan is to do just that but also coordinate with other projects. He tells News 19, "The main purpose and need of this project is interstate capacity. It is a widening project. There are other projects out there along with this one the Carolina Cross Roads Project the S48 Carlolina Avenue widening and interchange project,and all those projects interact so we need to make sure that we are coordinating internally to make sure that our projects line up with one another. "

Hood says the plan is to begin construction in 2018 and he expects the project to take around four years. He says, "We will select a good contractor for this project and we'll do everything in our power to keep this under budget, ahead of schedule and get everybody a good value on thier tax dollars on this project"

The state transportation department has 300 million dollars set aside for this project but the bidding process won't begin until early 2018, with construction to start later that year. Hood tells us they have a consulting firm, Civil Engineering Consulting Services, Inc. who will help in the design of the project. Construction Bids won't go out until early 2018.

Residents have another opportunity to give input on the project before it goes into design, on Thursday from 5 to 7pm at Chapin middle school.

Project Schedule:
Second Public Information Meeting on design will be held in Spring 2017. Once the design is approved, a complete environmental assessment is scheduled to be finished by Fall 2017. The public hearing on the project will be held late 2017. Design/Build Construction Bids will go out in 2018 and construction is expected to begin in late 2018.