'I drastically underestimated this virus': Richland County Representative urges people to get vaccinated

He never thought COVID would find him, but the virus did, and he says it left him fighting for his next breath. 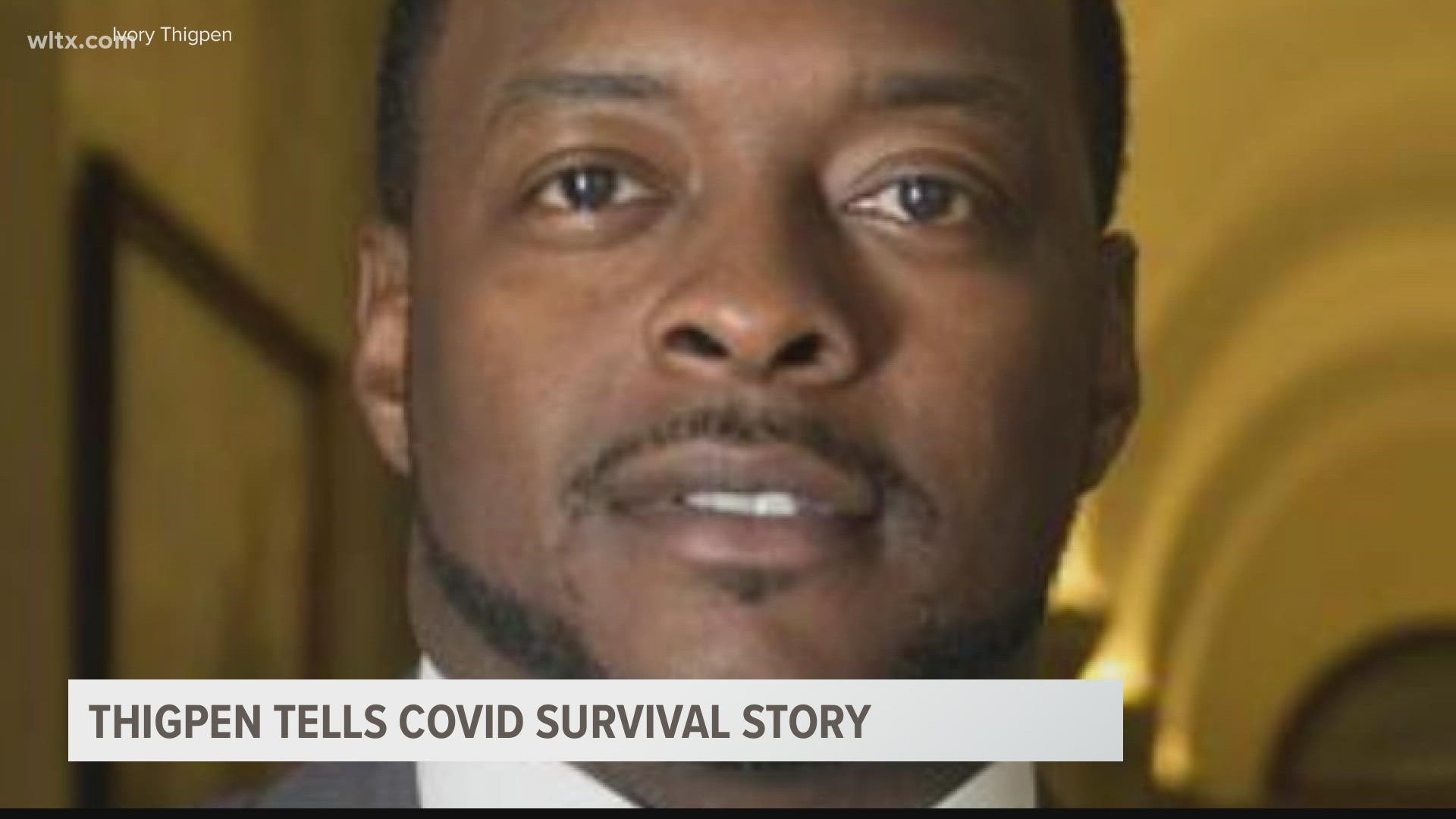 COLUMBIA, S.C. — Richland County Representative Dr. Ivory Thigpen is calling for unvaccinated people to get vaccinated after he contracted the virus.

Thigpen refers to himself as an active, healthy, vitamin-taking man. He never thought COVID would find him, but the virus did, and he says it left him fighting for his next breath.

"I never imagined I would have to be hospitalized due to COVID," Thigpen said.

On August 25, Thigpen tested positive to COVID-19. Seven days later, he says his health took a turn for the worse.

"I banked on the fact that, as a healthy individual, I thought I would be ok," Thigpen said. "I never imagined I would have labored breathing and difficulty breathing and have to be hospitalized."

The representative, who is also a chiropractor and a pastor, found himself lying in a hospital bed.

When he was lying in his hospital bed, Thigpen says he was having dark thoughts, saying he thought he, "May never make it out of the hospital."

Thigpen, who says he's active and healthy, was not vaccinated.

"Not because I was suspicious of it, I just didn't prioritize it," Thigpen said. "I figured even if I did come down with a variant, it would be something that was mild."

Thigpen said he spent three long days and nights in the hospital, alone.

"This can be a death and life sentence … because it progressed so rapidly."

Thigpen says he will now be be getting the vaccine, and he is pleading for the unvaccinated to get vaccinated.

"I drastically underestimated this virus, and I don't want anyone to make the mistake I did."

RELATED: Can you get the flu shot and the COVID booster at the same time?