This year's Juneteenth Fest will be a three-day event, including a Meet and Greet, a Juneteenth Gala and the festival itself on Saturday. 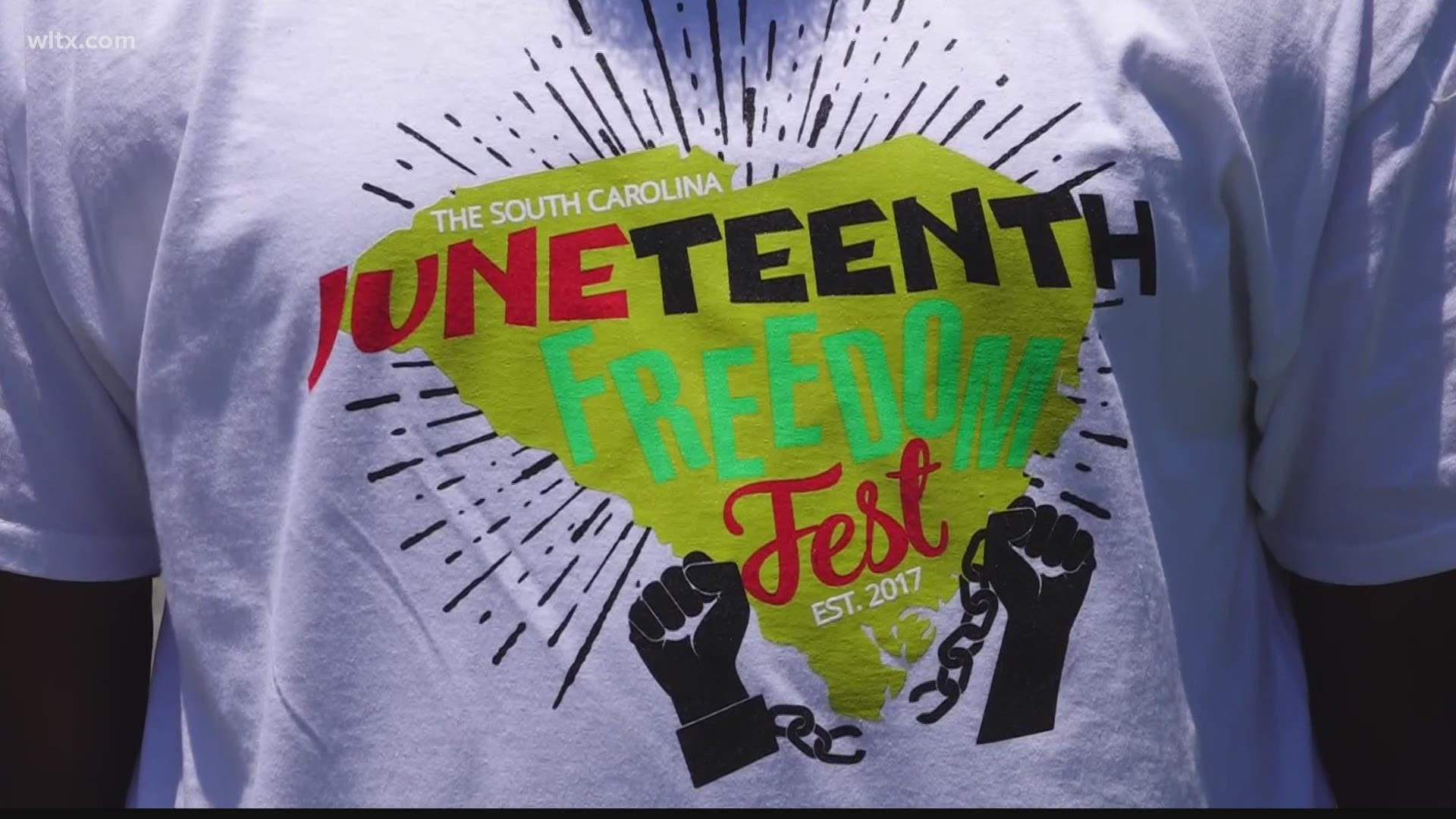 Juneteenth is also remembered as African American Emancipation Day. It marks the end of slavery in the United States.

Two and half years after the Emancipation Proclamation was signed, Major General Gordon Granger arrived in Galveston, Texas and announced the end of the Civil War and slavery.

RELATED: Juneteenth history: Marking the end of slavery in America

"I felt like it was important because not too often we get to tell the stories of African Americans from a truthful standpoint. A lot of people like to talk about the Civil War and that Lincoln freed the slaves. Well, that is not entirely true," said Bradley. "It was African Americans who joined the Union Army and helped in that victory to free our ancestors. So, Memorial Day in Juneteenth, those celebrations need to be told from a truthful standpoint and as an organizer, I feel like I had the responsibility to tell it in that manner."

Organizers say the festival will be in the parking lot of Dutch Square Mall. It's on Saturday, June 19th from 1 pm until 8 pm. Admission is free.

We wanted an original piece something that shared the qualities of what this year's theme was, with it being our 5th...

Tina Torres, logistics director for the festival, says there will be more than 130 vendors at the event, allowing people to shop and eat at the festival.

"We get to hear music -- live music from the Manhattans, Nellie Tiger Travis, as well as Chubb Rock, and Seven Sunday, which is a local themed best group that'll be here in Columbia," said Torres. "We also will have poetry, dancing, praise dancers, children doing their thing on the stage, the local strut. It's a lot that they'll be able to experience on that day. It's something for every single person, young and old."

Along with the music, there will be opportunities to get the COVID-19 vaccine and get tested for the coronavirus. There will also be other health services available regarding heart disease, mammograms and therapy.

People will also have the chance to look for jobs and work with employers to fill out applications.

"I think gives us an opportunity to touch on some of the other issues that bother our community, which is that loophole in the 13th amendment, that backdoor back into slavery because of mass incarceration," said Bradley. "It gives us a chance to touch on other social issues like the thing regarding George Floyd, education and finance."

RELATED: The history behind the holiday: 15 things you may not know about Juneteenth

Bradley is excited to see the festival continue to grow. This year, they're expecting thousands of people.

While the festival will be on Saturday, the SC Juneteenth Freedom Fest has had other events throughout the week in the Midlands. This includes a meet and greet on Thursday night in St. Andrews at Perfectly Plated from 6 pm to 9 pm.

On Friday night, there will be a Juneteenth Gala at the Doko Manor starting at 6:30.

Torres is excited for people to enjoy what the festival has to offer on Saturday.

"We pray that they walk away with the opportunity of knowing what Juneteenth means, but also being able to enjoy to shop, meet with one another network is just a day of just pure fun, entertainment, as well as education," explained Torres.

The festival will have masks and sanitizer available for people to use. The organizers would like to thank all their sponsors for helping them put on the event.