Sen. Graham hopes to lead effort to bring medical supply chain to US

Sen. Graham said he believes that South Carolina has the ability to supply for healthcare needs. 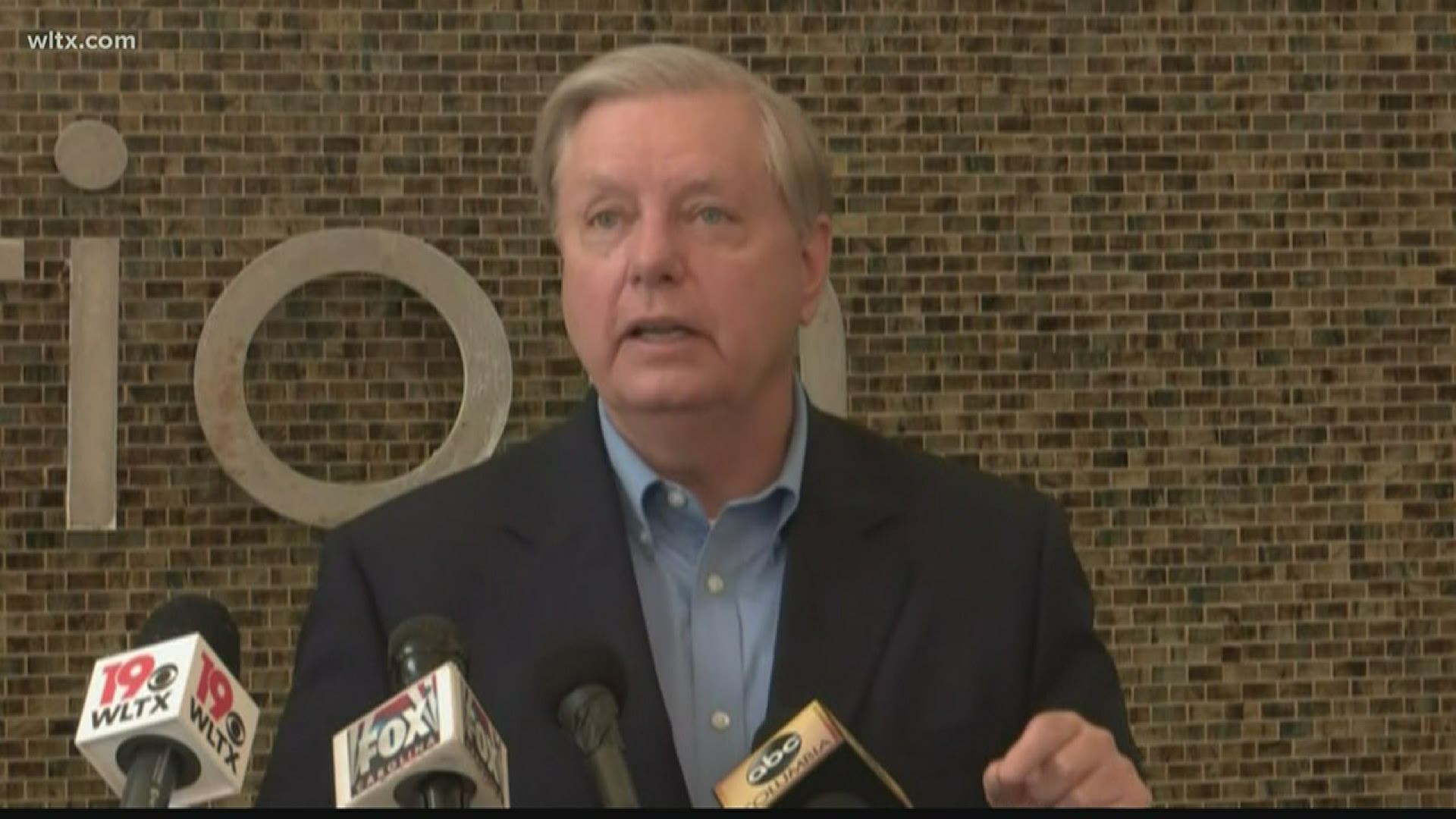 WEST COLUMBIA, S.C. — U.S. Senator Lindsay Graham says the coronavirus crisis shows why the U.S. needs a better way to manufacture medical supplies and drugs without the help of China.

Graham held a press conference at Nephron Pharmaceuticals in West Columbia on Friday.

In the press conference, Sen. Graham also said that Nephron was trying to get into developing vaccines and compounding for antibiotics.

“This is a good example of what would happen in America if we brought the medical supply chain back into the United States from China,” Sen. Graham said.

RELATED: Face mask that lights up when it detects coronavirus being developed

According to the senator Italy and China are two counties who also manufacture nebulizers.

“I want a good relationship with China, but I can say this about China. If it were not for the willful deception of the Chinese communist party, lying to the world about the nature of the virus, we would not be in a worldwide pandemic today.”

The senator said whether the virus was a lab accident or animal to human transmission, there have been at least two pandemics come out of China from ‘wet markets.’

“I’m trying to lead the effort to bring the medical supply chain back to the United States. This is a wake up call for us as a country, we’re not ready here, we’re too dependent on China.”

Sen. Graham said he believes that South Carolina has the ability to supply for healthcare needs. Specifically, he noted Nephron’s facility as having “unlimited ability” to make products part of the medical supply chain.

He said he would be introducing legislation to expand the Berry amendment, part of the defense authorization act, to include personal protective equipment for healthcare workers. He also plans to introduce legislation to include tax credits for companies who become part of the medical supply chain.

“At the end of the day it will create millions of new jobs in America. The medical supplies we need to get through pandemics like this will finally be made in America. “

He hopes for bi-partisan support for his effort, adding that he had spoken with the President and the Vice President about the effort.

The senator backed the efforts of President Trump in response to the virus, including declaring a national state of emergency and closing the borders, stating it had saved millions of lives.

He also believes that South Carolina and the country will be more prepared for the virus if it comes back in the fall, hoping that by then there will be a therapeutic drug available and a vaccine on the horizon.

“Now it’s time to slowly but surely get back to business letting the science dictate the pace. To every South Carolinian, thank you very much for following the stay at home, shelter in place orders. We are now going to begin to open up the economy in phases,” he added he was looking forward to getting a haircut on Monday.

The senator also mentioned Elon Musk during the press conference, and stated he could look to South Carolina to open manufacturing to make cars, citing a reliable workforce and a pro-business environment.

To close, Sen. Graham said “This is a call to arms. Working together, we’re gonna kick China’s a-- when it comes to the medical supply chain.”