Officials expect white shrimp numbers should be about average or slightly better than in previous years. 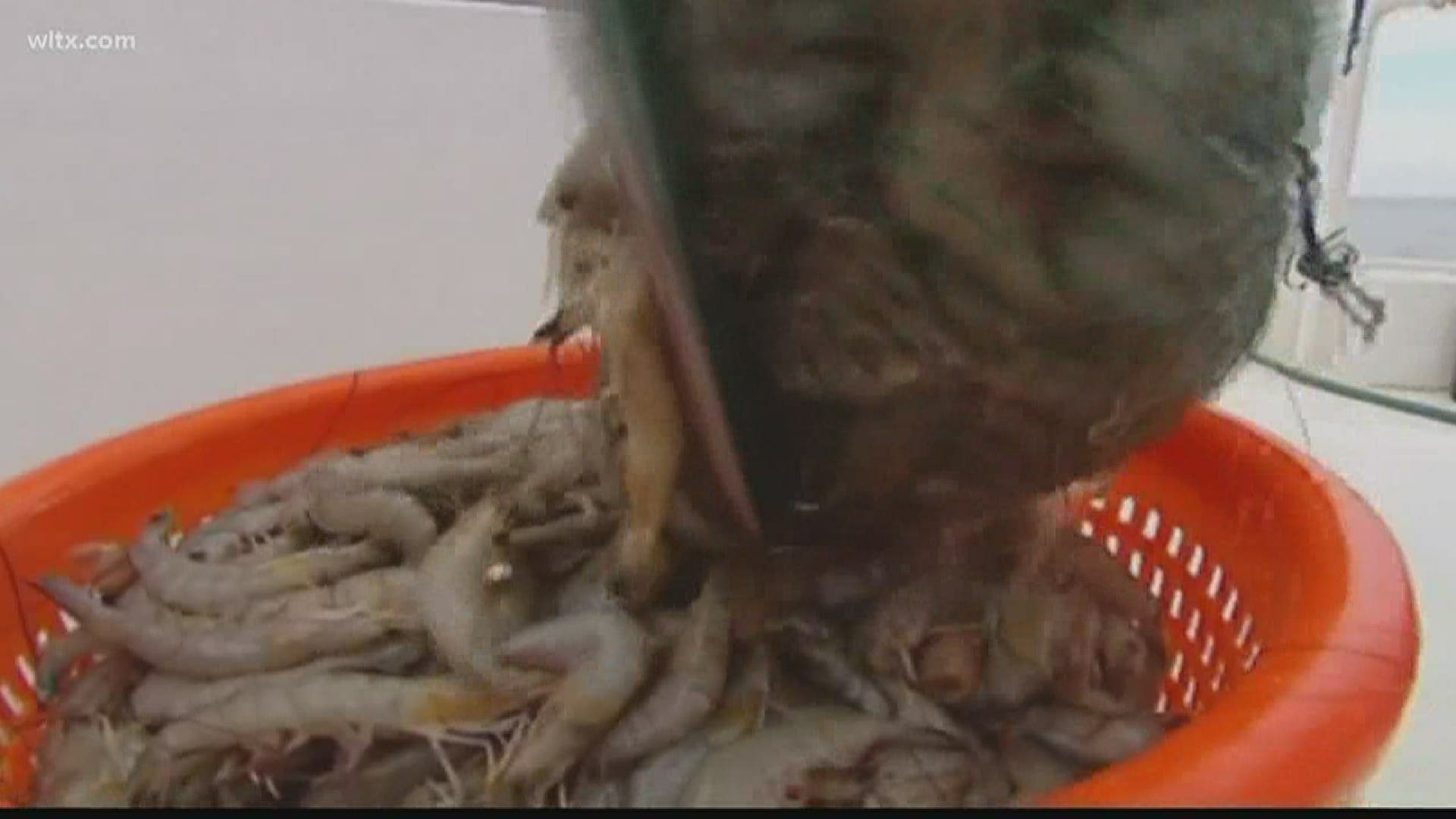 CHARLESTON COUNTY, S.C. — Commercial shrimp trawling will open in all legal South Carolina waters at 8 a.m. on Wednesday, May 27, 2020, according to the S.C. Department of Natural Resources.

“Based on field sampling completed by SCDNR biologists earlier in the year, as well as reported landings of shrimp from federal waters and our provisional areas beginning in mid-April, our white shrimp abundance this year should be about average or slightly better in comparison to previous similar years,” said Mel Bell, director of the South Carolina Department of Natural Resources’ (SCDNR) Office of Fisheries Management.

Credit: E. Weeks/SCDNR
White shrimp are one of three commercially important shrimp species in South Carolina, along with brown shrimp and pink shrimp.

SCDNR officials set the opening date for shrimp season each year based on the conditions of the shrimp themselves. Aboard both commercial and agency vessels, biologists sample and study white shrimp frequently in late spring. One of the things they’re looking for is evidence that a majority of female white shrimp have already spawned at least once. Opening the season too soon – and allowing trawlers to catch females that have not had an opportunity to spawn – could reduce the size of the fall white shrimp crop, which are the offspring of the spring white shrimp.

Shrimping season in South Carolina typically starts in spring with the opening of a small subset of waters, called provisional areas, that allow shrimpers to take advantage of the harvest offshore while still protecting the majority of shrimp that have yet to spawn. This year, following a mild winter, South Carolina’s provisional trawling areas opened unusually early, on April 15, 2020.

South Carolina's commercial shrimp calendar has historically had three peak periods. In the spring, shrimpers typically capitalize on the influx of roe white shrimp, large, early-season shrimp that generally fetch higher prices and generate the most value for fishing effort. The summer months are typically defined by a peak in brown shrimp, which are similar to white shrimp in size and taste. In the fall and into winter, shrimpers bring in a second crop of white shrimp; the offspring of the spring roe shrimp.

Because white shrimp are a short-lived species that are vulnerable to cold water temperatures and unusually wet or dry summers, their numbers can fluctuate dramatically from year to year. However, they’re also prolific spawners – which means that the populations can quickly rebound even after a poor year or season.

Despite the operational restrictions, market disruptions and uncertainties experienced by the U.S. commercial fishing industry this year due to the ongoing health crisis, Americans have demonstrated a clear demand for fresh local shrimp, and the apparent condition of the shrimp population in South Carolina's coastal waters holds great promise for a productive fishery to help feed that demand

Georgia officials have not yet set an opening date for trawling season in their state waters.