They were surrounded by fire, but Ripley's animals are safe

As of midnight Tuesday, Ryan DeSear, General Manager of the aquarium, told 10News that the building was still standing, that all workers were evacuated, but he is very concerned about the 10,518 animals left behind. 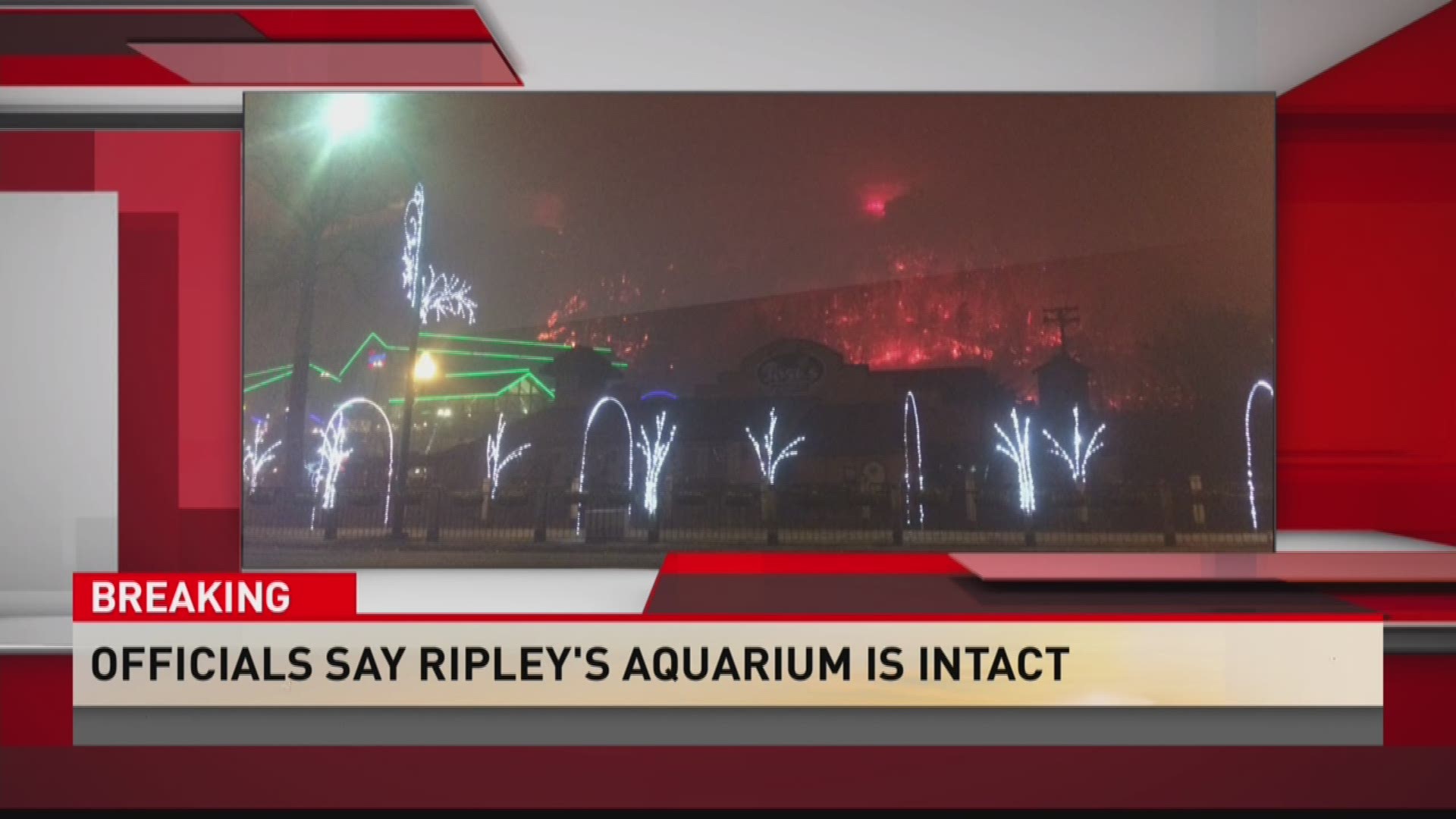 Update at 1:35 p.m. Tuesday: Tennessee Ripley's Aquarium of the Smokies is intact, and officials say "first and foremost" they want to thank the first responders for "risking their lives to save our community."

"We would also like to thank our dedicated Aquarium team that stayed as late as possible before being forced to evacuate when fires approached the back of our building," Ryan DeSear, the operation's regional manager, said. "We are grateful to have had the police escort our emergency team back into the Aquarium early this morning to check on the well-being of our animals. We have a team of Marine Biologists and Life Support Experts inside the Aquarium and are happy to report that the animals are safe."

Update at noon Tuesday: Tennessee Ripley's Aquarium of the Smokies is intact, according to Gatlinburg officials.

A team of marine biologists and life support experts are tending to the animals as of Tuesday afternoon, according to Ripley's.

Here's a list of which structures are destroyed and which are intact. 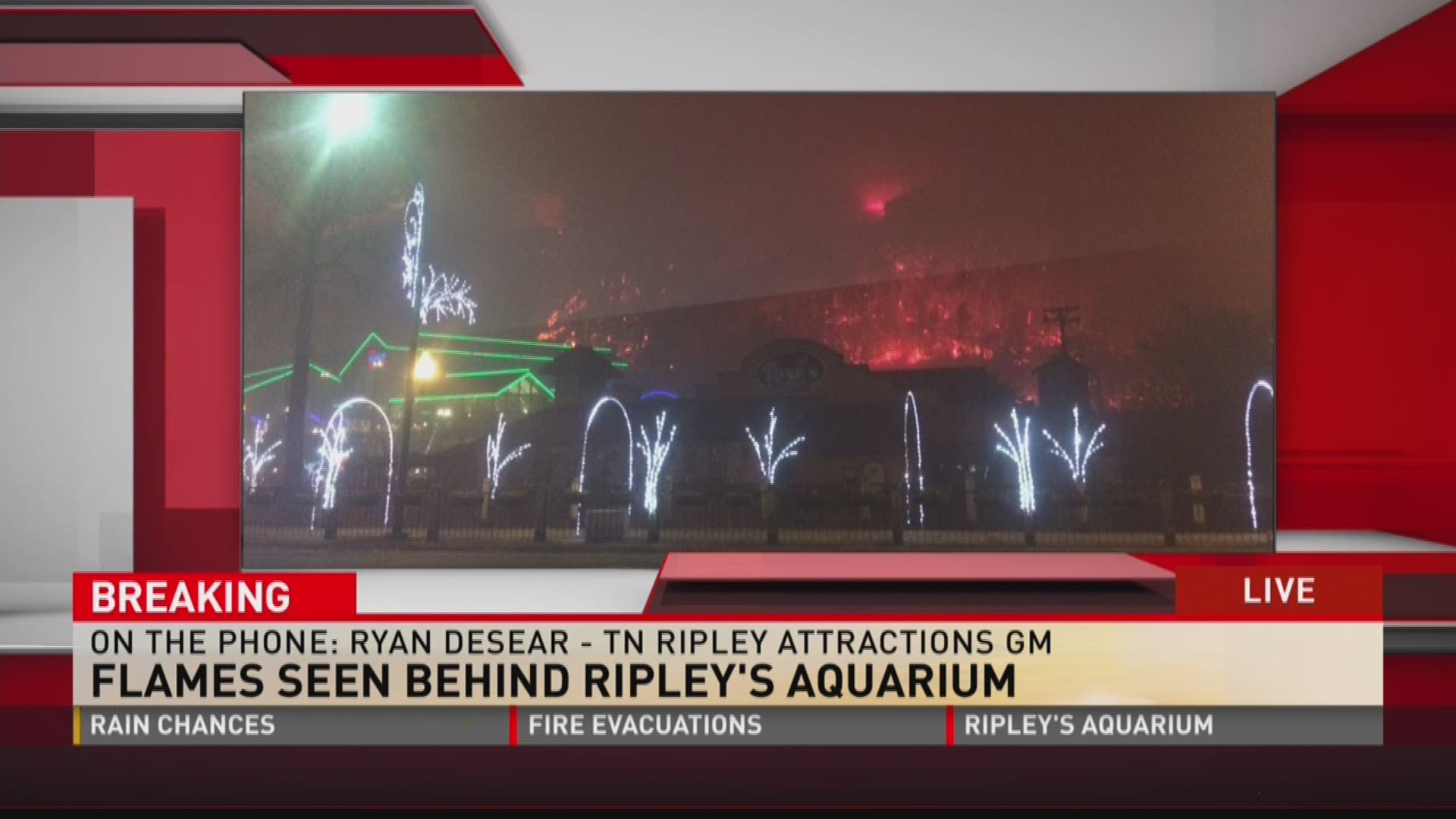 DeSear said the aquarium's live web camera was still active, and the building was still standing.

"As long as we have fuel in our generators, that aquarium can run on its own," DeSear said.

DeSear said a "raging fire" was about 50 yards away from the aquarium when workers were evacuated on Monday night.

Workers at the aquarium were evacuated mostly due to smoke, according to DeSear. 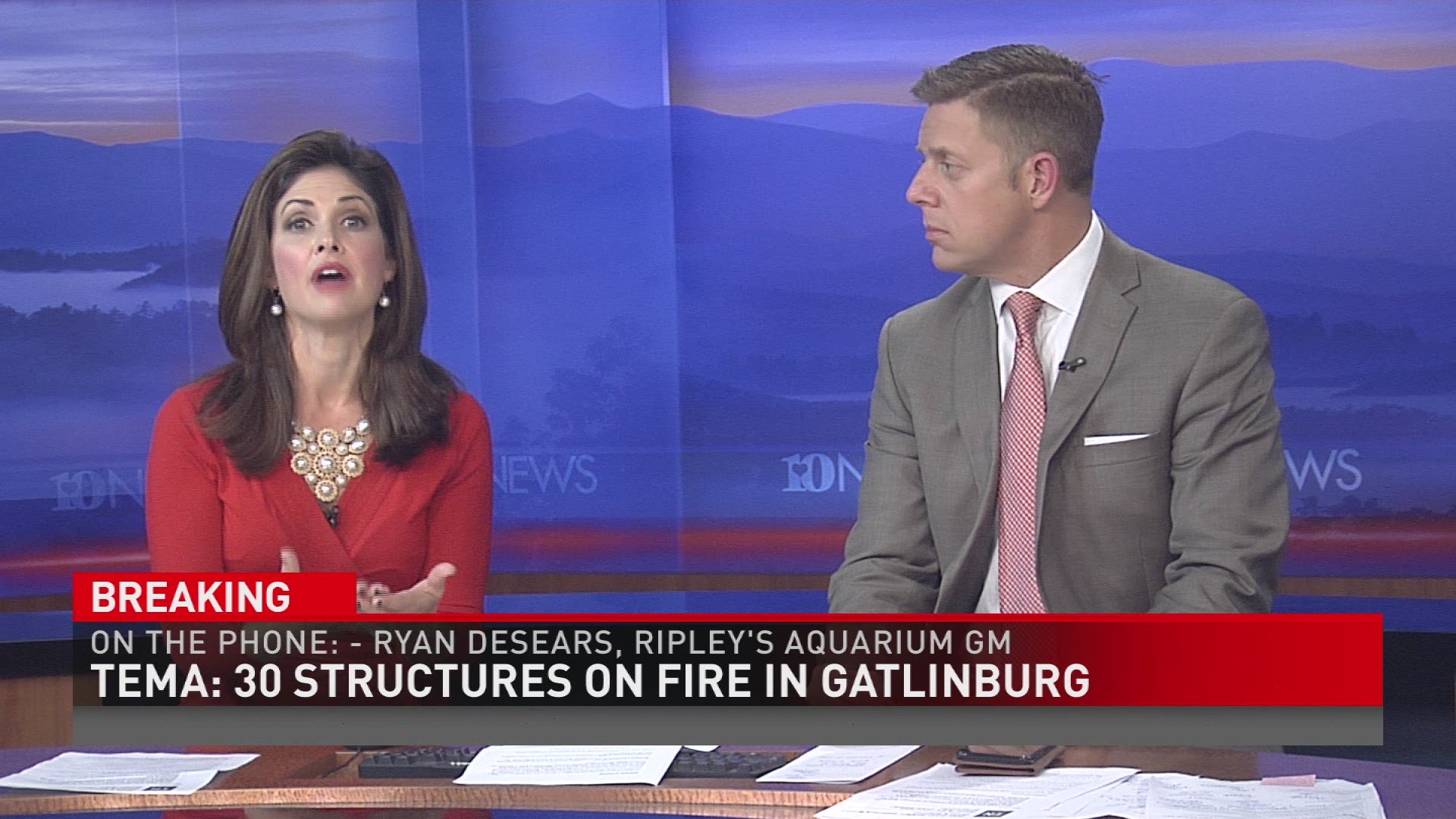 Original Story at 3 a.m. Tuesday: Fire has engulfed at least 30 structures in Gatlinburg late Monday, and one building many people are very concerned about is the Ripley's Aquarium of the Smokies.

As of midnight Tuesday, Ryan DeSear, General Manager of the aquarium, told 10News that the building was still standing, that all workers were evacuated, but he is very concerned about the 10,518 animals left behind.

He was one of the last people out of the building at 7:45 p.m. Monday, and said he had to force many of the workers to leave because they didn't want to leave the animals without help.

"They were force evacuated," DeSear said. "To them, every animal has a name. You don't give that up"

Unfortunately, he said, "Nothing is more important than human life. Fish can be replaced. It sucks."

DeSear said as long as the building had power and didn't catch fire, the animals should be safe. When everything is functioning normally, the animals can survive for 24 hours without human intervention. The clock would start ticking as soon as the power goes out.

Before he left, he did a final check of the animals, and said they were behaving normally. He took that as a good sign because animals have a special sense of danger, and they didn't appear to be affected.

But DeSear and all of those who care for all of that aquatic and animal life at the aquarium are very anxious to get back to them.

"We need to be one of the first people allowed back in when it's safe," he said. "I hope the people manning the checkpoint here our plea."