It's been a summer of scandal for the church as accusations, a high-profile resignation and a Pennsylvania grand jury report have rocked the faithful and their Church up to its highest office. 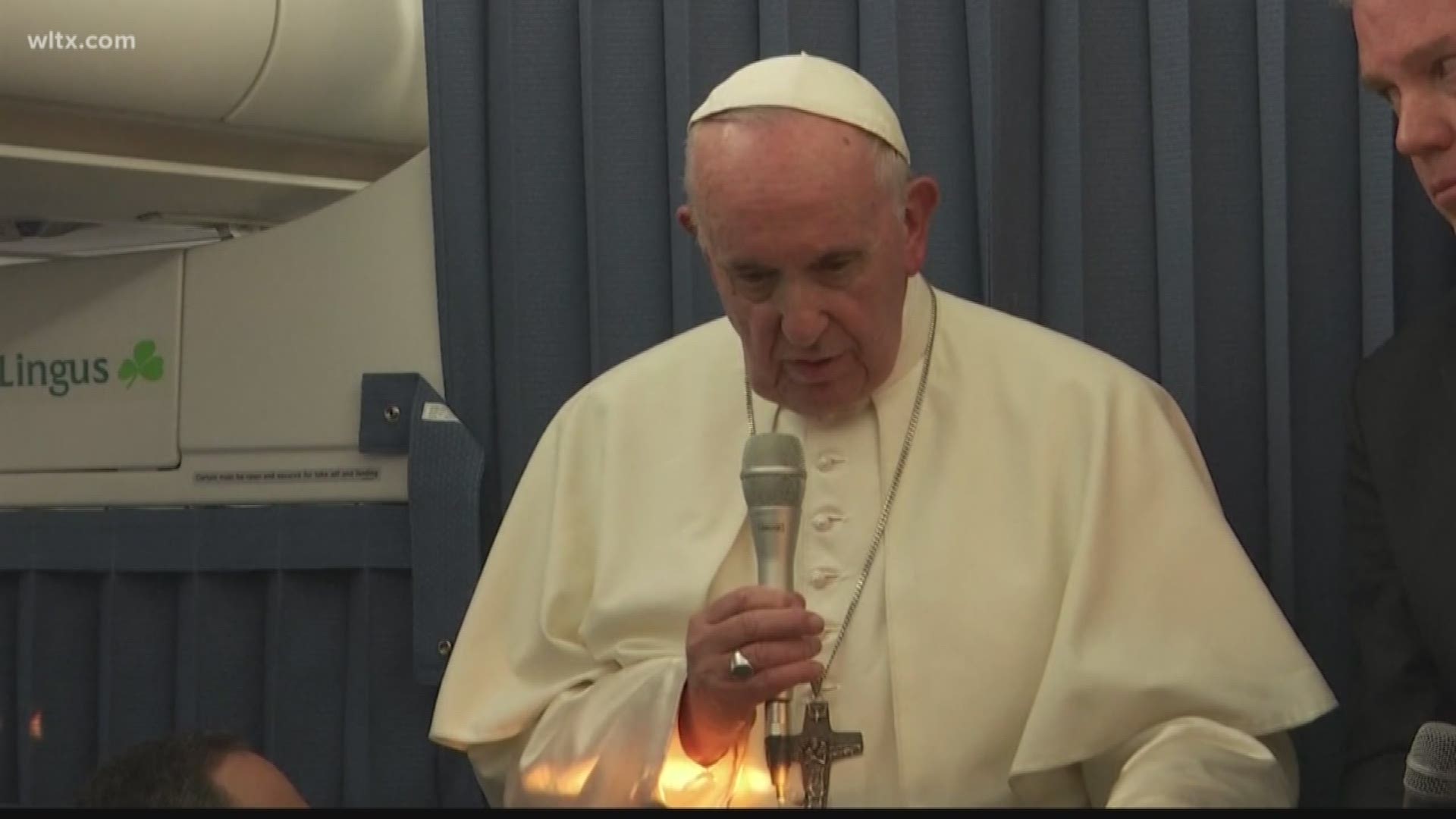 Columbia, SC (WLTX) - For more than a month, the Roman Catholic Church has been dealing with repeated criticism of a sexual abuse scandal rocking one of the world's oldest religious institutions.

It's been a summer of scandal for the church as accusations, a high-profile resignation and a Pennsylvania grand jury report have rocked the faithful and their Church up to its highest office.

WLTX wanted to simplify the timeline and explain what exactly happened this summer.

The Archdiocese of New York announced in a statement that Cardinal Theodore McCarrick would lose his right to perform priestly duties due to a decades-old allegation of sexual abuse. McCarrick was the former Archbishop of Washington.

In the statement, the Archdiocese said the allegation was four and a half decades old and that McCarrick claimed he was innocent.

In a similar statement near the end of July, the United States Conference of Catholic Bishops said the Vatican accepted McCarrick's resignation as a Cardinal.

Pope Francis told McCarrick to, “Observe a life of prayer and penance in seclusion,” according to the statement.

The report also alleges senior church officials, including bishops, knew about the abuse and covered it up.

You can read through the report and hear from victims here.

In his letter, the Cardinal claims he told the Pope about McCarrick’s history during a meeting in 2013.

Near the end of his letter, Viganò calls for Pope Francis’ resignation.

“Pope Francis must be the first to set a good example for cardinals and bishops who covered up McCarrick’s abuses and resign along with all of them,” Viganò wrote.

While returning from a trip to Ireland this weekend, Pope Francis replied to the accusations.

"I will not say a word about this, I believe the document speaks for itself,” Pope Francis told reporters on the plane (his statement has been translated).

Tuesday, on CBS This Morning, Shapiro, the attorney general behind the Pennsylvania report, said he had seen evidence of Vatican cover-ups.

“There are specific examples where, when the abuse occurred, the priests would go, the bishops would go lie to parishioners, lie to law enforcement, lie to the public, but then document all the abuse in secret archives that they would share, often times with the Vatican. There are specific examples where the Vatican knew of this abuse and they were involved in the cover up,” Shapiro told CBS.

Robert Guglielmone, Bishop of Charleston, called the scandal ‘a grave sin’ in a statement addressed this month. He offered an apology to any victims of sexual abuse and asked for forgiveness.

“Now is a time for contrite, heartfelt confession and a firm commitment to make amends and reparation for our sins,” Bishop Guglielmone wrote.

Also this month, an online petition circulated calling for all Catholic Bishops in the United States to submit resignations to the Vatican.

The letter was written by Dr. Susan Reynolds, according to dailytheology.org, the website tracking signatures.