The harmless faux pas has made it's way to the internet, one Twitter video surpassing 150,000 views by Saturday afternoon. 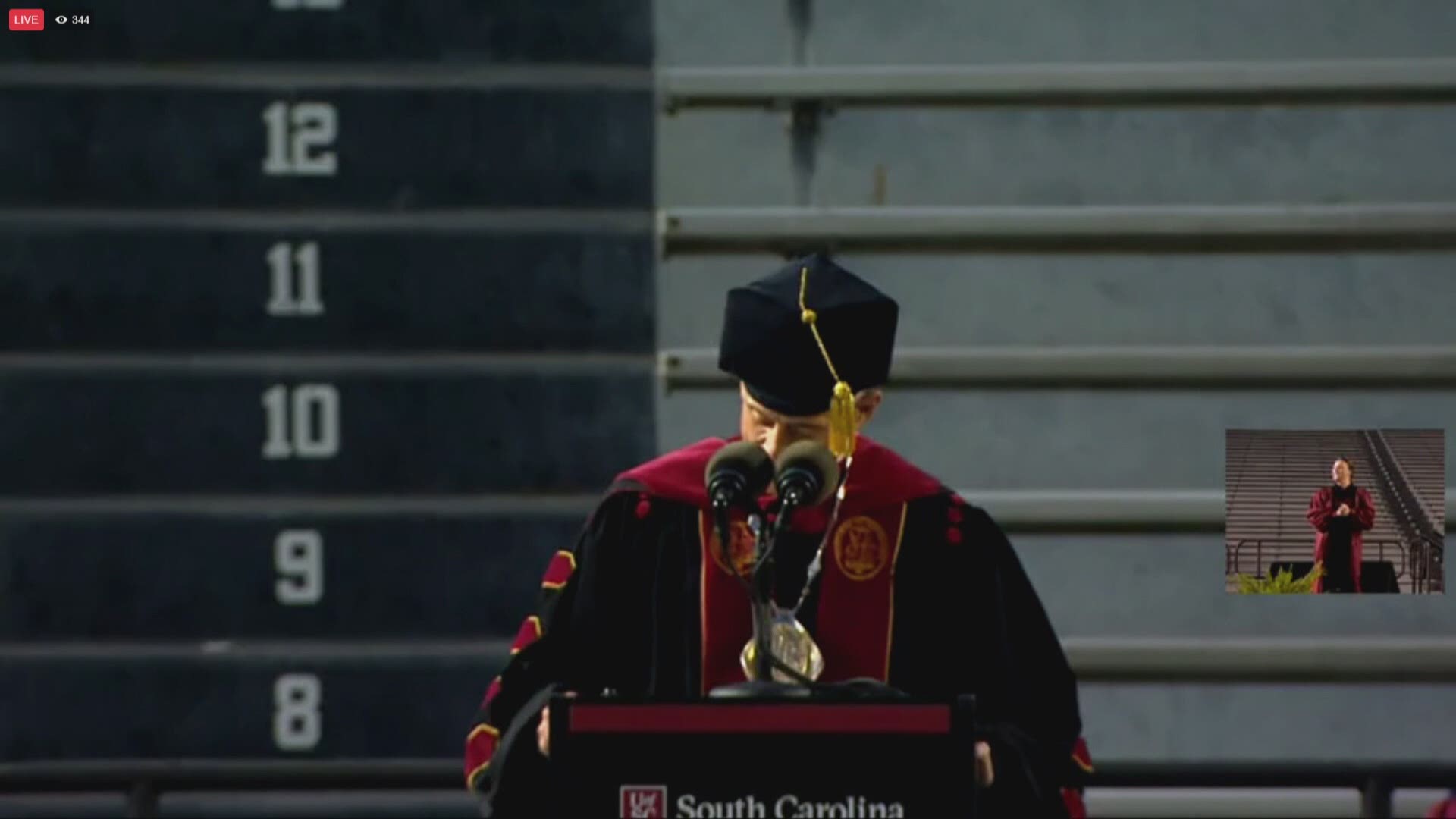 The harmless faux pas has made it's way to the internet, one Twitter video surpassing 150,000 views by Saturday afternoon.

The graduation on Friday night was held in Williams Brice Stadium for the Darla Moore School of Business, Arnold School of Public Health, and the School of Music.

Zach Wylie, a senior Sport and Entertainment Management major at USC was in attendance watching his girlfriend walk across the stage.

In his video, you can hear gasps and confusion from all around the crowd. The moment happened at the very end of the ceremony, seconds after graduates moved their tassels over as a sign of their graduation from the University of South Carolina.

"It's now my honor and privilege to officially congratulate you as the newest alumni from the University of California. Congratulations and please be seated," Caslen says.

The crown begins to murmur, and a moment later someone off camera near Caslen says "Carolina."

"Carolina, sorry about that," Caslen corrects himself, then says he owes the graduates push ups.

The Gamecocks, of course, consider themselves the real deal.

The unfortunate choice of words ends with the crowd, and Caslen, chuckling.

RELATED: Mother and daughter graduate together from Claflin University

News19 reached out to the university for a statement, and have not yet received a response.